Alongside the message was a picture of Melania wearing a surgical face mask and a video.

However, Twitter users hit back at the posts, pointing out that the First Lady’s messaging was at odds with what her husband was saying.

Indeed, her plea for people to wear masks was being ignored by the President, who said he could not see himself following the advice.

In fact, Mr Trump said of wearing face coverings in public to stop the spread of the contagion: “You can do it. You don’t have to do it. I am choosing not to do it.” 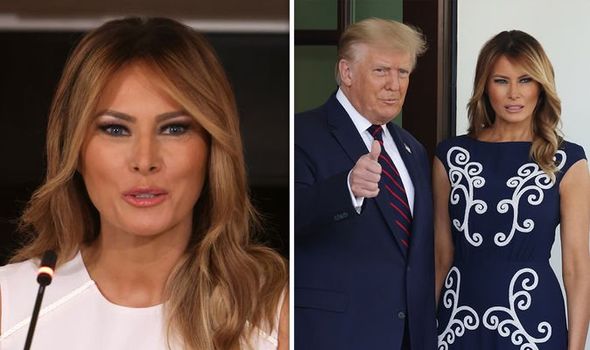 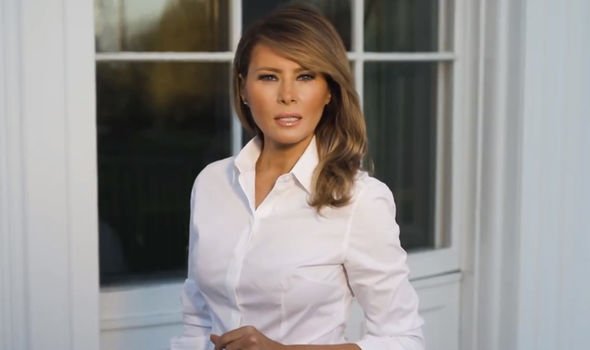 The backlash to Melania’s posts included many people pointing out that her messaging would be stronger if it was supported by the President himself.

One person said in April: “Tell that to your old man before you tell it to us.

“And stop trying to be America’s Next Top Model: First Lady Edition.”

Another wrote: “It’s good to see the First Lady photographed with a mask on. 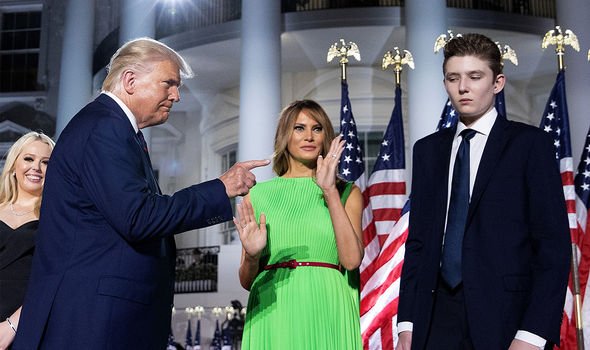 “I wonder why we couldn’t get a photo with her and the President both wearing masks.

“Might’ve been a doubly-effective message.”

A third added: “FLOTUS does what POTUS says he will not do.”

Other criticisms ranged from the First Lady suggesting viewers wear a “cloth mask” while wearing a surgical mask herself to the fact that she never actually puts the mask on in the video. 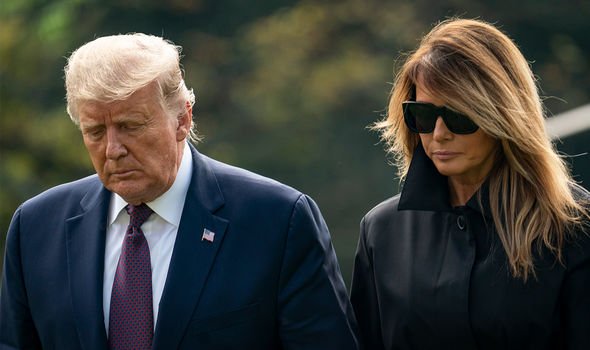 Another commentary harked back to Melania’s 2018 scandal when she wore a coat that said on the back: “I don’t really care, do you?” while visiting a child migrant detention centre.

The Twitter user photoshopped those words onto Melania’s mask.

Nevertheless, Melania also received praise for doing what her husband would not, with one social media user pointing out: “SHE is willing to wear a mask…” in contrast to her husband.

Last night, it was announced that both Mr and Mrs Trump have tested positive for coronavirus.

They were tested after the President’s counselor Hope Hicks, who travelled with the President on Air Force One to a rally in Minnesota on Wednesday, tested positive yesterday.

Mr Trump tweeted to confirm the news shortly after 6am BST, writing: “Tonight, FLOTUS and I tested positive for COVID-19.

“We will begin our quarantine and recovery process immediately.” 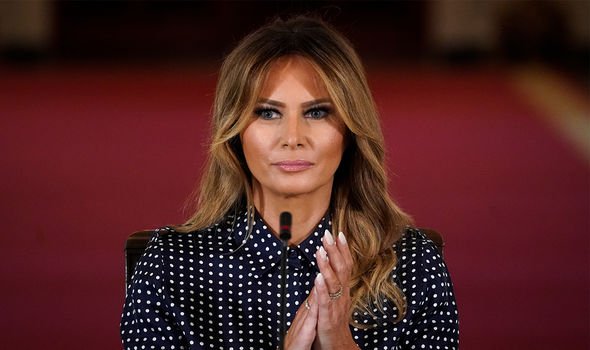 Mr Trump is 74 years old and reportedly overweight, which puts him at a higher risk of serious complications from the virus.

A statement from the White House doctor said both the President and First Lady are “well at this time”.