BEIRUT (Reuters) – French President Emmanuel Macron has warned Lebanese politicians they risk sanctions if they fail to set the nation on a new course within three months, stepping up pressure for reforms in a country collapsing under the weight of an economic crisis. 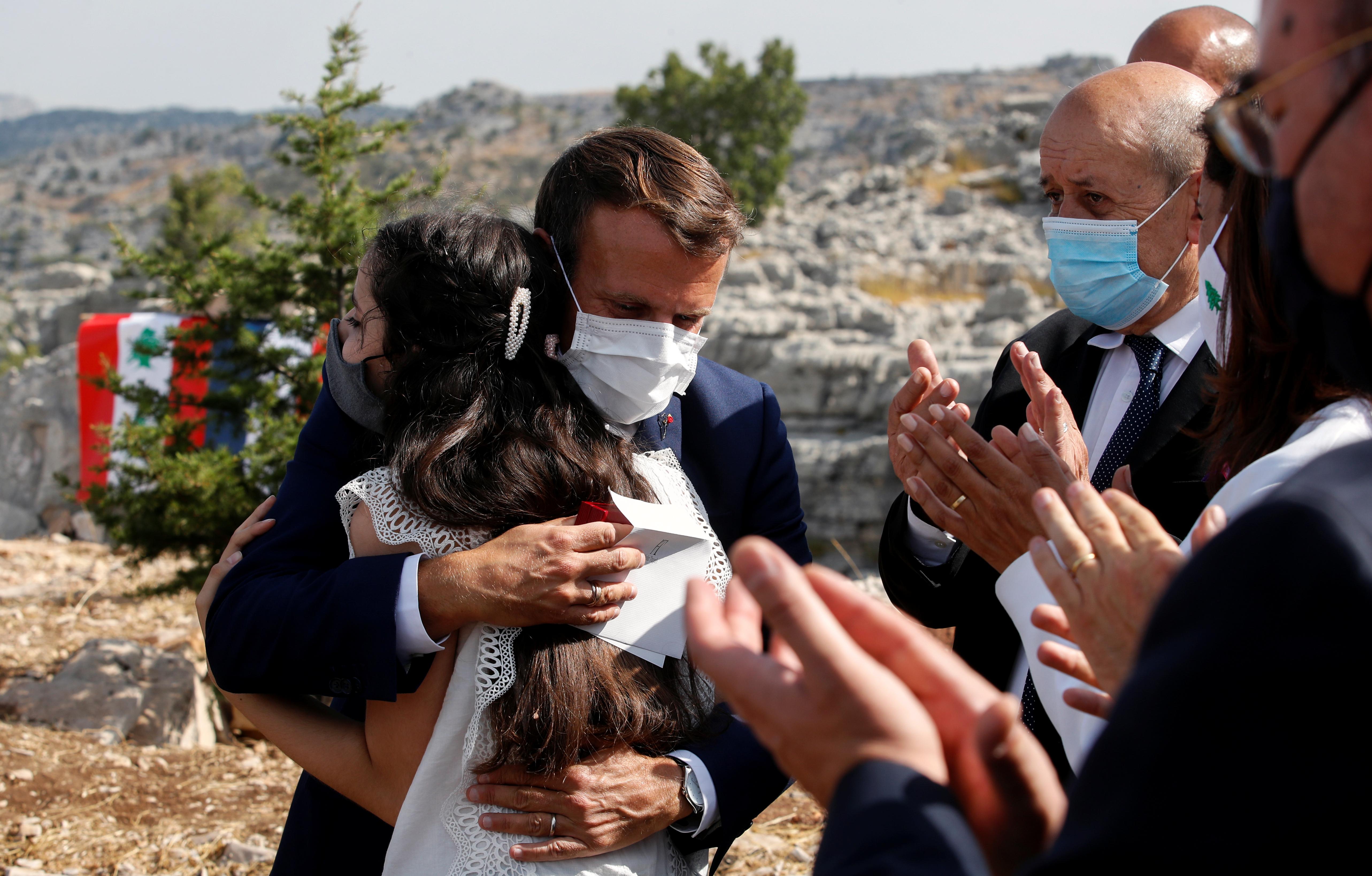 Visiting for the second time in less than a month, Macron marked Lebanon’s centenary by traveling to a forest outside Beirut to plant a cedar tree, the emblem of a nation facing the biggest threat to its stability since the 1975-1990 civil war.

“It’s the last chance for this system,” Macron told POLITICO in an interview while traveling to Beirut on Monday. “It’s a risky bet I’m making, I am aware of it … I am putting the only thing I have on the table: my political capital.”

Macron said he was seeking “credible commitments” and a “demanding follow-up mechanism” from Lebanon’s leaders, including a legislative election in six to 12 months.

Should they fail to shift direction in the next three months, he said, punitive measures could be imposed, including withholding bailout money and sanctions on the ruling class.

Lebanese politicians, some of them former warlords who have overseen decades of industrial-scale corruption, face a daunting task with an economy in meltdown, a swathe of Beirut in tatters after the Aug. 4 port blast and sectarian tensions rising.

Hours before he arrived on Monday, a new prime minister was designated, Mustapha Adib, following a consensus among major parties forged under pressure from Macron over the weekend.

Macron said he would use his weight to press for the formation of a new government. Without reforms, funds pledged at a 2018 donor conference in Paris would not be released, he said.

Macron visited Beirut in the immediate aftermath of the port explosion that killed more than 190 people and injured 6,000.

Macron said the international community must stay focused on the emergency in Lebanon for six weeks and that he was ready to help organize an international conference, in coordination with the United Nations, in mid to late October.

A senior envoy from the United States, which classifies Hezbollah a terrorist organization and which has pumped money into the Lebanon’s army, is due in Beirut on Wednesday.

As Macron planted the cedar, the French air force display team flew overhead, leaving smoke trails of red, white and green, the national colors of Lebanon whose borders were proclaimed by France 100 years ago in an imperial carve-up with Britain. It gained independence in 1943.

Macron began his trip on Monday by meeting Fairouz, 85, one of the Arab world’s most famous singers whose music transcends Lebanon’s divisions. Outside her home, protesters waved banners. One read: “No cabinet by, or with, the murderers.”

Lebanon’s economic crisis is rooted in decades of state corruption and waste that landed it with one of the world’s heaviest public debt burdens.

Since October, the currency has collapsed and depositors have been frozen out of their increasingly worthless savings in a paralyzed banking system. Poverty and unemployment has soared in a nation that already hosts a huge number of refugees. 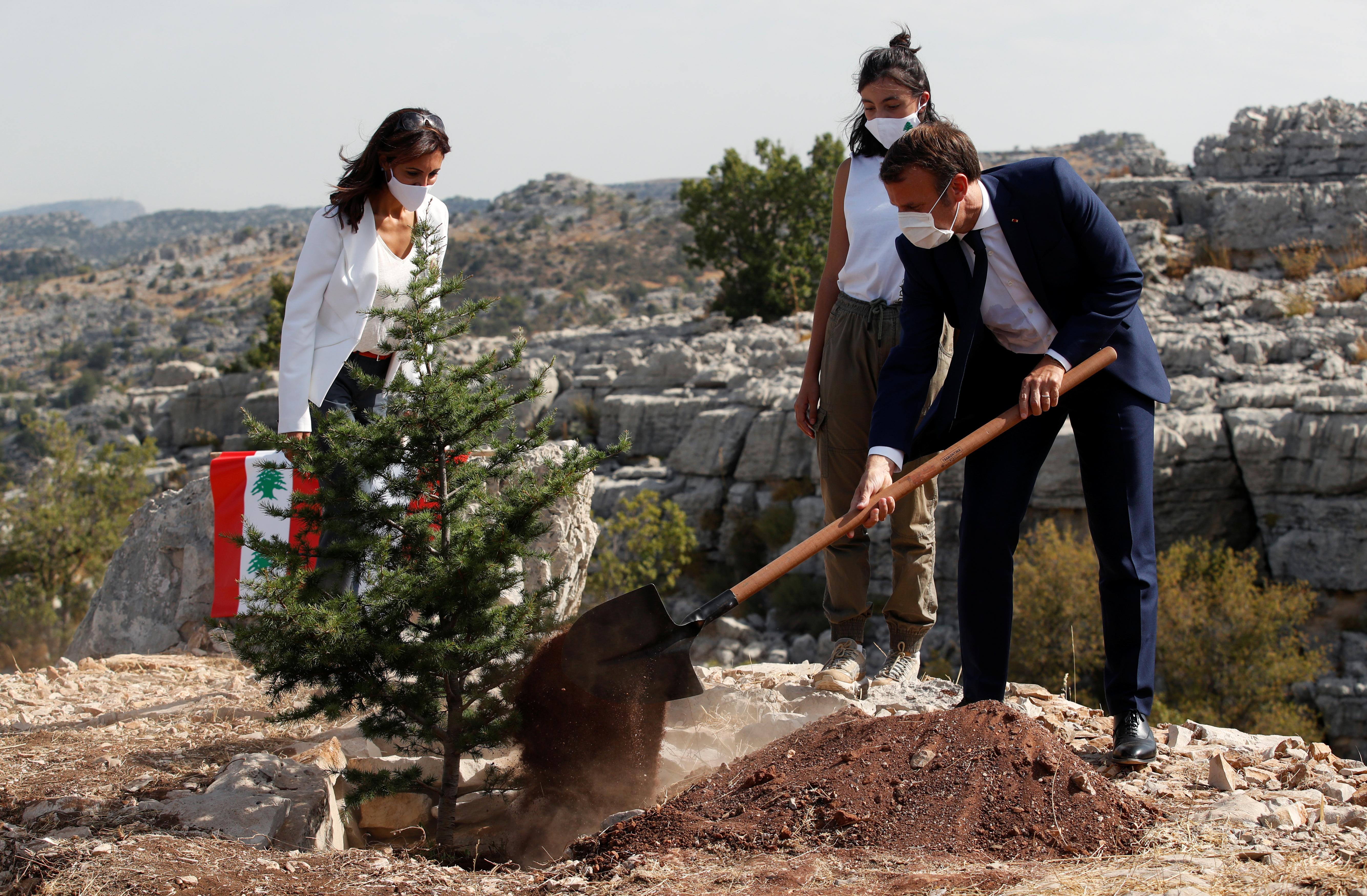 “Today everything is blocked and Lebanon can no longer finance itself,” Macron said, adding that the central bank and banking system were in crisis and an audit was needed.

“We need to know the truth of the numbers, so that judicial actions can then be taken,” he said.