Tensions between Greece and Turkey have escalated following a territorial dispute over a large portion of the East Mediterranean. Amid these tensions, Mr Macron urged fellow European states to take a firm stance against Turkish President, Recep Tayyip Erdogan. Mr Macron made the statement during a summit on the Mediterranean island of Corsica and insisted Europe must have a united voice against Turkey.

The Ministry said: “French President Macron has once again made arrogant statements, in an old colonialist style.

“The statements also promote tensions and endangers the interests of Europe and the European Union.

“Macron attacks Turkey and our president every day because we thwart his insidious projects and his dirty foreign policy games. 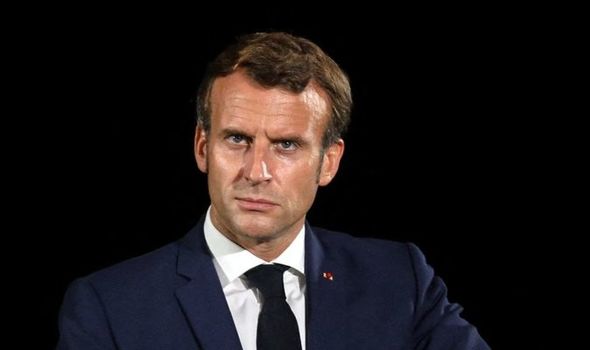 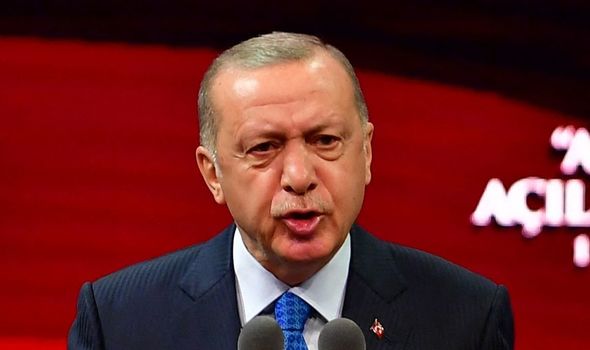 “Instead of posing blindly as the advocate of Greece and the Greek Cypriots, France should adopt a position favouring reconciliation and dialogue.”

In a bold move against Turkey, Mr Macron had also claimed the country deserves better leadership.

The Turkish foreign ministry, however, disputed this claim and insisted Mr Erdogan is fully supported by the public.

It added: “Our president is one of the elected leaders with the highest percentage of votes in Europe. 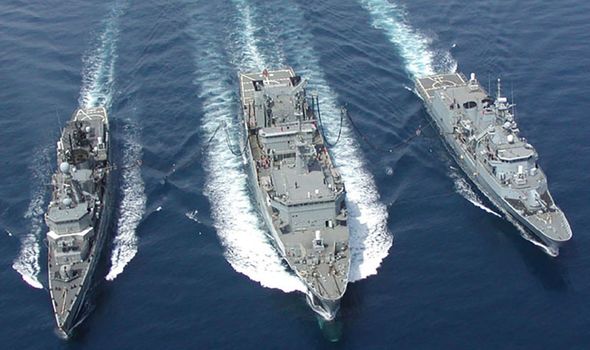 “Our president has always drawn his strength from the Turkish people.

“The Turkish people and their government have always been united in the face of this kind of delirium and will continue to be.”

Tensions erupted between Turkey and Greece after a research vessel entered between Cyprus and the Greek island of Kastellorizo and Crete.

The research vessel was escorted by the Turkish navy during its encounter with Greek forces around the island. 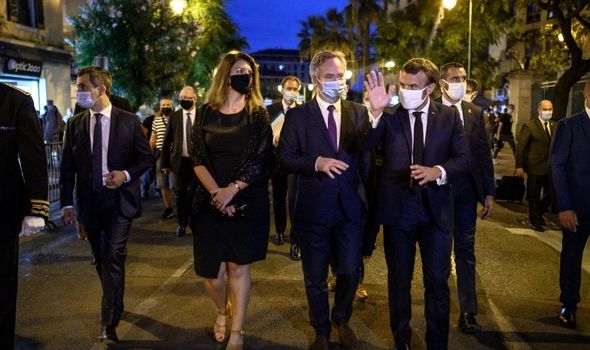 Both Greece and Turkey have collided over the potential energy resources in the Eastern Mediterranean.

The two countries also share sovereignty of the island of Cyprus although Turkey only recognises the northern side.

Although the Greek military descended on the area, Mr Edorgan declared any aggression will be matched by Turkey.

Writing in The Times, he said: “Later this month EU leaders will meet in special session to decide how to respond.

“If Turkey refuses to see sense by then, I see no option but for my fellow European leaders to impose meaningful sanctions.

“Because this is no longer just about European solidarity. It is about recognising that vital interests – strategic European interests – are now at stake. 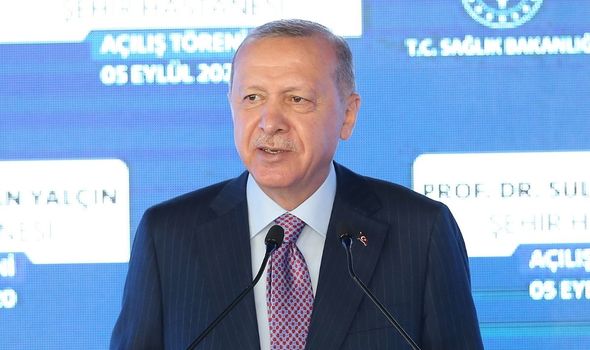 “There is still time for Turkey to avoid sanctions, to take a step back, and to chart a path out of this crisis.

“Turkey simply needs to refrain from its naval and scientific activity in non-delimitated waters, and rein in its aggressive rhetoric.”