French President Emmanuel Macron sparked fury among Brexiteers are singling out a vocal Brexit critic during a historic French citizenship ceremony. Five new citizens were chosen to receive French citizenship at a ceremony marking the 150th anniversary of the modern French republic. Among those were Matthew Ridealgh, 59, a telecoms manager originally from Ilford, Essex, who has also been a vocal critic of Britain’s decision to leave the EU.

Mr Macron spoke about the values of the modern French nation as he addressed the five new citizens by name.

He said: “Matthew, Noura, Patricia, Catherine, Rana, it is for you today to take up the flame and to give life to the republican promise in these times of squalls.”

Mr Ridealgh told The Times that his decision to take citizenship was prompted by the 2016 vote to leave the EU, adding: “Britain has turned away from me with Brexit.”

The British expat has been vocally hostile towards the idea of Brexit, telling reporters: “Leaving Europe was the most stupid thing.” 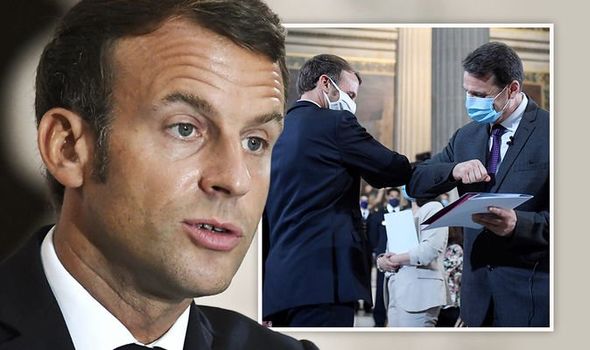 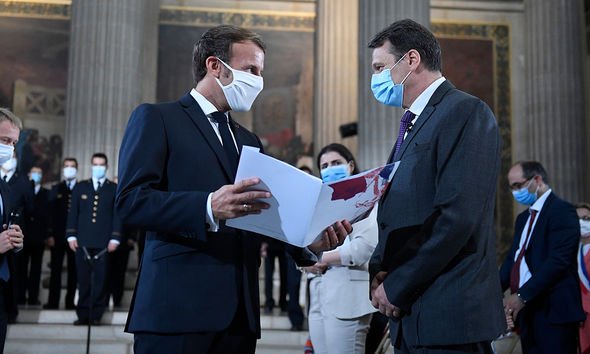 He added: “The Brexit promise was that we would stay part of the common market and that’s just not true.

“The Brexiteers don’t seem to get it that they have been duped.”

Mr Ridealgh called Boris Johnson “a traitor to the UK and to democracy,” claiming that “what Johnson is doing is bonkers”.

The new French citizen also told The Times that he thanked Mr Macron in a private chat after the ceremony. 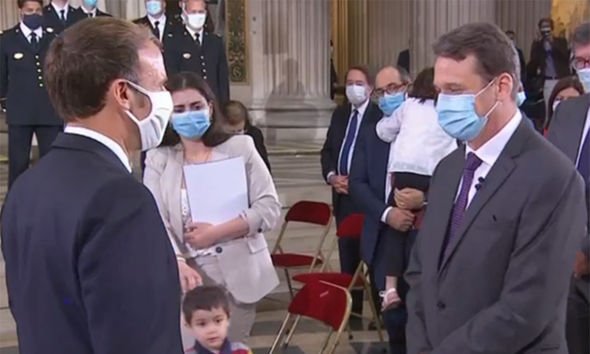 He continued: “It was a wonderful honour. France is absolutely my country.

“The values that Emmanuel Macron was talking about this morning are what I believe in.”

“I believe that the UK also believes it in terms of democracy but there has to be a certain honesty. That’s what I like about the French generally.” 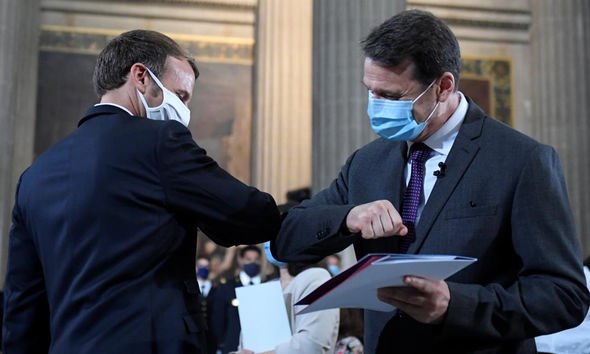 During his speech, Mr Macron warned that the 150th anniversary was overshadowed by “the threats that are weighing on the republic”.

He said: “There will never be a place in France for those who, often in the name of a god, sometimes with the aid of foreign powers, aim to impose the law of a single group.”

The Élysée palace did not explain why Mr Ridealgh had been selected for the ceremony but the expat believed that his views on Brexit were behind the choice.

His outspoken views on Brexit and Mr Johnson had been regularly aired on the French media the day before the ceremony.