Macron says that the EU is ‘stronger’ following Brexit

President Emanuel Macron is weighing up whether or not to call a snap election to try and break the deadlock blighting his government. He vowed to tackle France’s cost-of-living crisis as well as its energy and economic woes last month but faces tough opposition in parliament where he is short of an absolute majority. Left-wing parties are preparing to fight for lower prices and higher wages as the country readies for a tough autumn and winter with energy shortages and outages.

According to Mujtaba Rahman, head of Eurasia Group’s Europe practice, President Macron might be presented with the hard choice between calling a snap election or accepting to be a “lame duck” for the remainder of his second term.

Writing for Politico, Mr Rahman also warned “street marches and strikes now seem likely and will soon escalate, with mounting clamour for higher wages across the board and increased state action against high food and fuel prices”.

He added; “Although, ideologically, the center right is broadly in favour of what Macron proposes, tactically, many Les Républicains deputies fear that their party’s election prospects would implode if they assist Macron with such unpopular reforms.

“Les Républicains has therefore made clear that the government shouldn’t count on continuing support this fall, a position that’s likely to be reinforced by the election of the party’s new national leader in early December.

“Front-runner Eric Ciotti, a 61 year-old deputy from Nice, is the leader of the hard-right, Macron-detesting wing of the party. 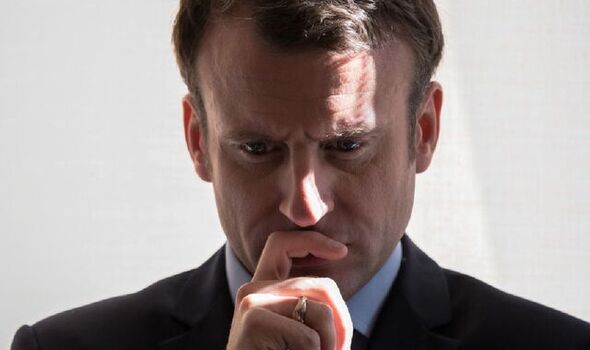 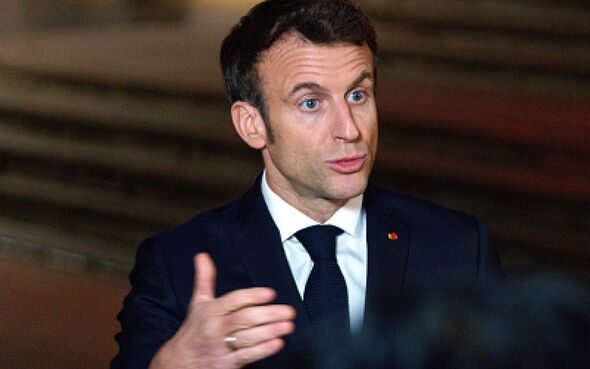 “But even moderate center-right deputies, like Ciotti’s pro-European rival Aurélien Pradié, fear that maintaining support for the Macron-Borne government will destroy the once dominant but now much-weakened party’s chances of winning the Elysée in the 2027 presidential election.

“The government will almost certainly have to resort to its emergency powers, under Article 49, clause 3 of the Constitution, to push through its 2023 budget without a vote in December.

“But the real parliamentary crisis is likely to be early next year, when Borne will seek elusive majorities for Macron’s plans to increase the state retirement age and tighten conditions for access to unemployment pay.

“This means Macron faces an incredibly unenviable choice next year, one between dissolving the parliament and calling an early election in the hopes of securing a majority, or accepting very limited ambitions for his second term in office. A winter of discontent is scarcely the best preparation for a snap election campaign.

“However, neither is being a lame duck — with four-and-a-half years still left of a second term.”

In August, the French President said there were tough months ahead as “freedom has a cost”, with his government warning that there may be increases in energy prices as the war in Ukraine grinds on.

However, unions rejected his call for sacrifices to be made, saying workers needed higher pay to cope with rising inflation.

Mr Macron said people were living through a series of crises, with the extreme temperatures, fires and drought of the past weeks, the Ukraine war and disruptions to global trade.

Addressing the first cabinet meeting since the summer break, President Macron said the world faced the end of an easy abundance of goods and resources and “of a certain carefreeness”.

“Freedom has a cost,” Mr Macron said, urging his ministers to be ambitious and the French to accept new measures.

“The battles we have to fight … will only be won through our efforts.”

In the coming weeks his government will have to decide whether to renew price caps on electricity and gas that expire at the end of the year, and maintain a fuel rebate, which together have helped keep French inflation lower than many European peers but weigh heavily on public finances.

“There may be price increases,” he said.

Pension and unemployment benefit schemes reforms are also in the works and could trigger street protests.

France is also working on an “energy restraint plan” that would ask all citizens to commit to a “hunt for waste”, such as turning off lights when leaving offices, Mr Macron said in July.