The US state of Louisiana has been battered by severe weather and flooding, amid what one local Mayor deemed ‘catastrophic’ conditions. The town of Lake Charles, LA has experienced a staggering 16 inches of rain in the month of May thus far and is expected to be hit by yet more extreme weather in the coming days. While Louisiana has experienced the worst of the weather, other southern states including Texas and Arkansas have also come under torrential rain.

Speaking to the Today show on NBC News, Lake Charles Mayor Nic Hunter said that the town was experiencing an unprecedented ordeal.

“It is absolutely catastrophic and historic,” he said.

“We are starting to lose words in the English language to describe what has happened to Lake Charles over the last 9 or 10 months.”

According to AccuWeather, Lake Charles experienced 12.41 inches of rain on May 17 alone, the third-highest level in the town’s history. 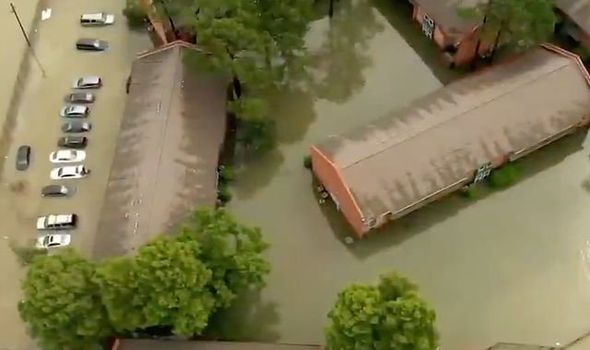 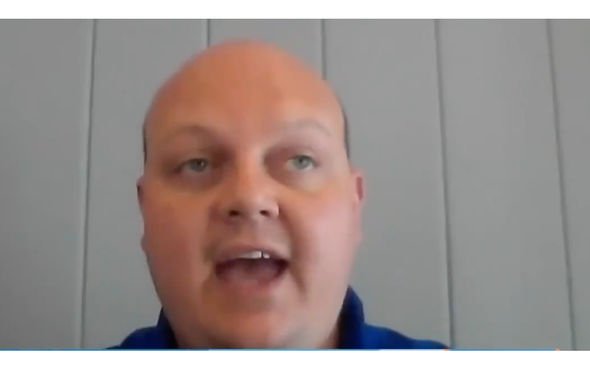 This prompted the National Weather Service office in New Orleans to put out a flash flood emergency for the southern area of Louisiana.

Weather in the region has not only been severe in recent weeks, but communities in the southern US are also struggling to recover from two successive hurricanes last summer.

He added: “Nic Hunter also tells me he hopes this latest natural disaster motivates President Biden and Congress to pass a relief package they have been waiting on since the last two hurricanes that’s been delayed.” 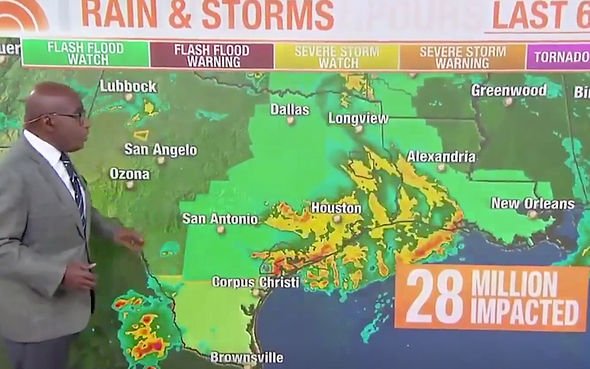 Louisiana Governor John Bel Edwards announced this week that two people, one 33-year-old man and another aged 40, had died in the flooding. 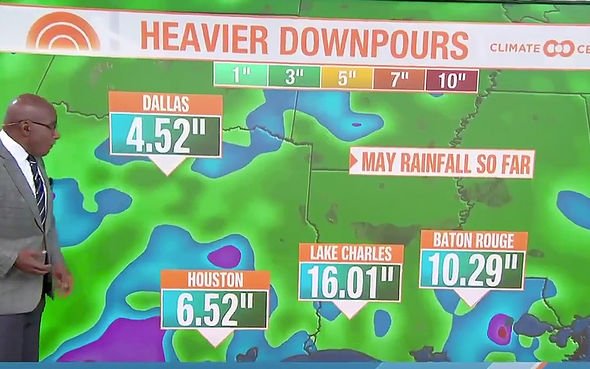 NBC weatherman Al Roker confirmed the unwanted news as he said: “Bad news, it’s not going to get much better over the next 24 hours.”

“Twenty-eight million people under some flood watch, flood warning… and severe weather watches to the south.”

“We are looking at more heavy rain pushing through southern Texas on into Louisiana.”

“In fact, if you look at what they’ve got so far for the month of May already: four and a half inches in Dallas, six and half inches in Houston, 16 inches of rain in Lake Charles.”