BEIRUT (Reuters) – Lebanon mourned on Thursday the victims of the most powerful blast to hit the country that was already being crushed by an economic crisis, as rescuers searched for those missing since the explosion that flattened Beirut port and devastated the city. 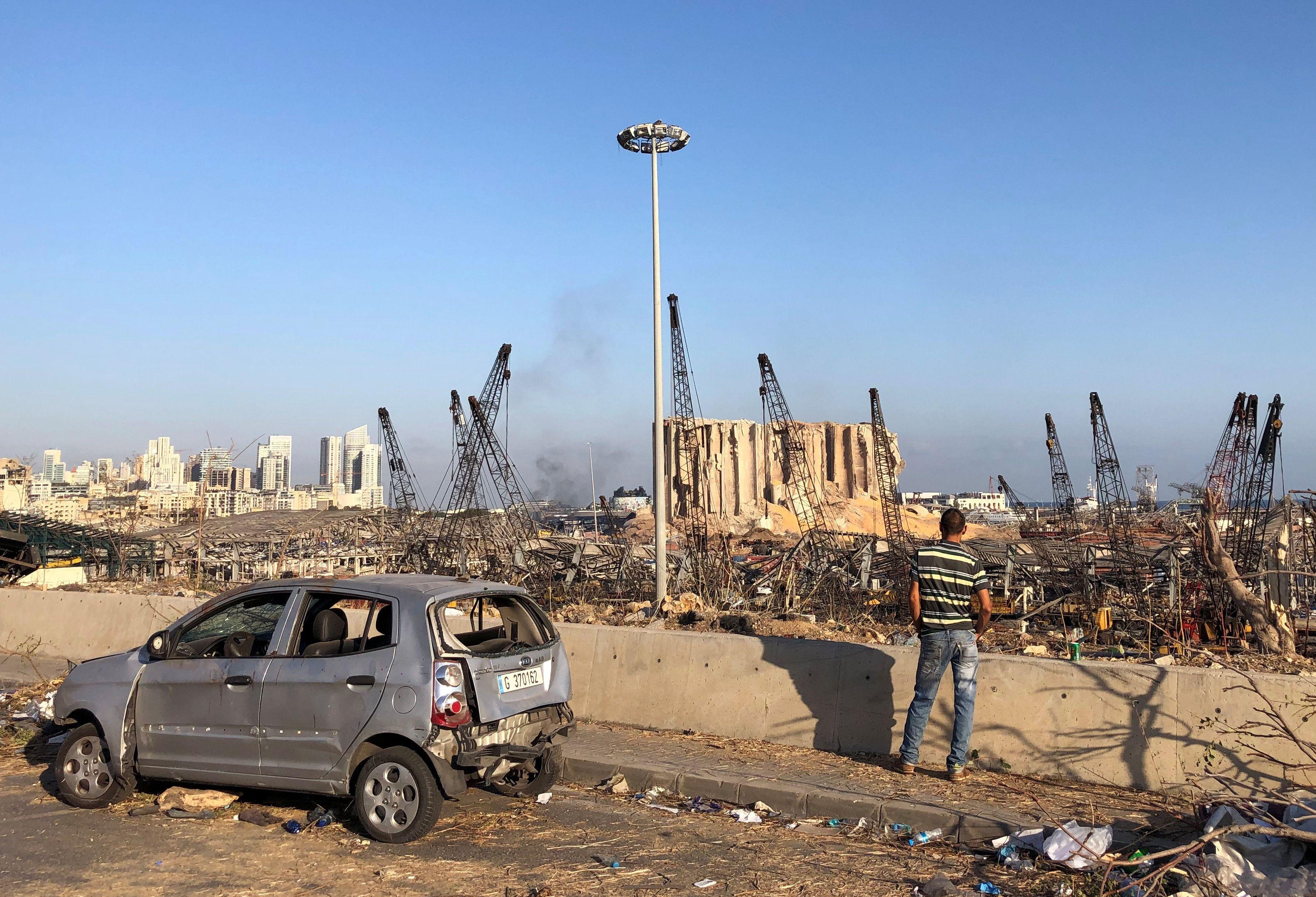 French President Emmanuel Macron, making the first visit by a foreign leader since Tuesday’s blast which killed at least 137 people and injured 5,000, was due to arrive in Beirut later on Thursday along with specialist rescue personnel and equipment.

Dozens are missing and up to a quarter of a million people were left without homes fit to live in after shockwaves smashed building facades, sucked furniture out into streets and shattered windows miles inland.

Prime Minister Hassan Diab declared three days of mourning from Thursday for victims of the explosion, the most devastating ever to hit the city that is still scarred by civil war three decades ago and reeling from a financial meltdown and surge in coronavirus cases.

Officials have blamed the disaster on a huge stockpile of highly explosive material held for years at the port in unsafe conditions. The government has ordered port officials to be put under house arrest, ministerial sources told Reuters.

But Lebanese, who have lost jobs and watched savings evaporate in the financial crisis, blamed politicians who have overseen and benefited from decades of state corruption and bad governance.

“They will scapegoat somebody to defer responsibility,” said Rabee Azar, a 33-year-old construction worker who came to the port on Thursday morning to try to start repairs. “This explosion was final bullet to kill off the country.”

“Nothing will come of the investigation. Nobody will believe them,” said Azar, speaking near the smashed remains of a grain silo where tonnes of wheat was scattered on the ground.

President Michel Aoun said 2,750 tonnes of ammonium nitrate, used in fertilisers and bombs, had been stored for six years at the port after it was seized. He promised a thorough investigation and to hold those responsible to account.

An official source familiar with preliminary investigations blamed the incident on “inaction and negligence”, saying “nothing was done” to remove hazardous material.

Some local media reported sightings of drones or planes flying in the area shortly before the explosion and some Beirut residents said they saw missiles fired. But officials have denied the incident was the result of an attack.

A Lebanese security source said the initial blaze that sparked the explosion was caused by welding work.

White House Chief of Staff Mark Meadows said the U.S. government had not ruled out the possibility that Tuesday’s explosion was an attack and was still gathering intelligence.

People who felt the explosive force said they had witnessed nothing comparable in years of conflict and upheaval in Beirut, which was devastated by the 1975-1990 civil war and since then has experienced big bomb attacks, unrest and a war with Israel.

“First we heard one sound. Seconds later there was a big explosion. All hell broke loose,” said Ibrahim Zoobi, who works near the port. “I saw people thrown five or six metres.”

He said those in the port district “were burned or charred”.

Health officials reported that hospitals were running out of beds and equipment to attend to the injured. 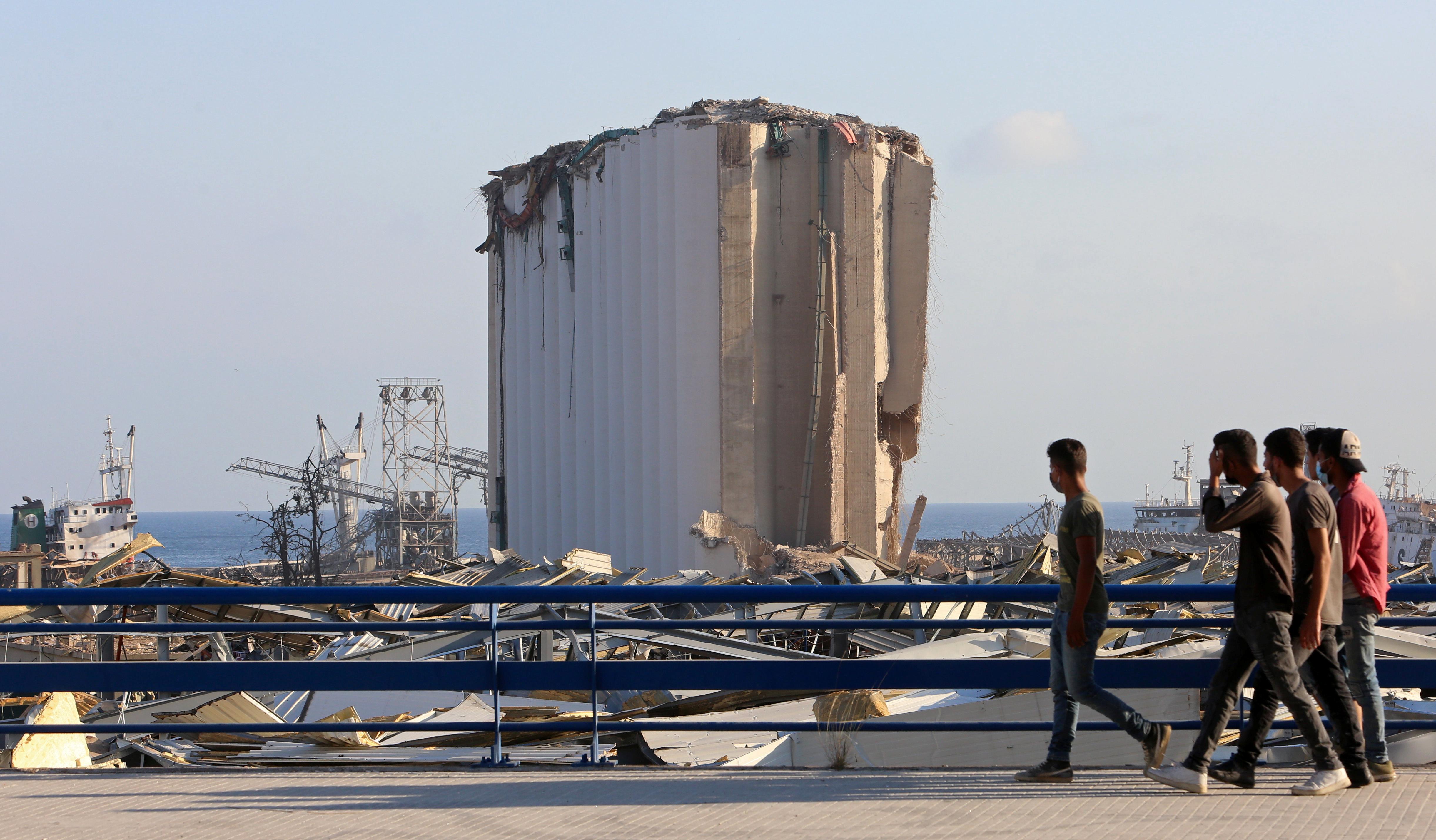 Operations have been paralysed at Beirut port, Lebanon’s main route for imports needed to feed a nation of more than 6 million people, forcing ships to be diverted to smaller ports.

The World Bank said on Wednesday it would work with Lebanon’s partners to mobilise public and private financing for reconstruction and recovery. But it was unclear what impact this would have on the country difficult negotiations with the International Monetary Fund.