(Reuters) – Reported cases of the coronavirus have crossed 2.62 million globally and 183,761 people have died, according to a Reuters tally as of 0200 GMT on Thursday. 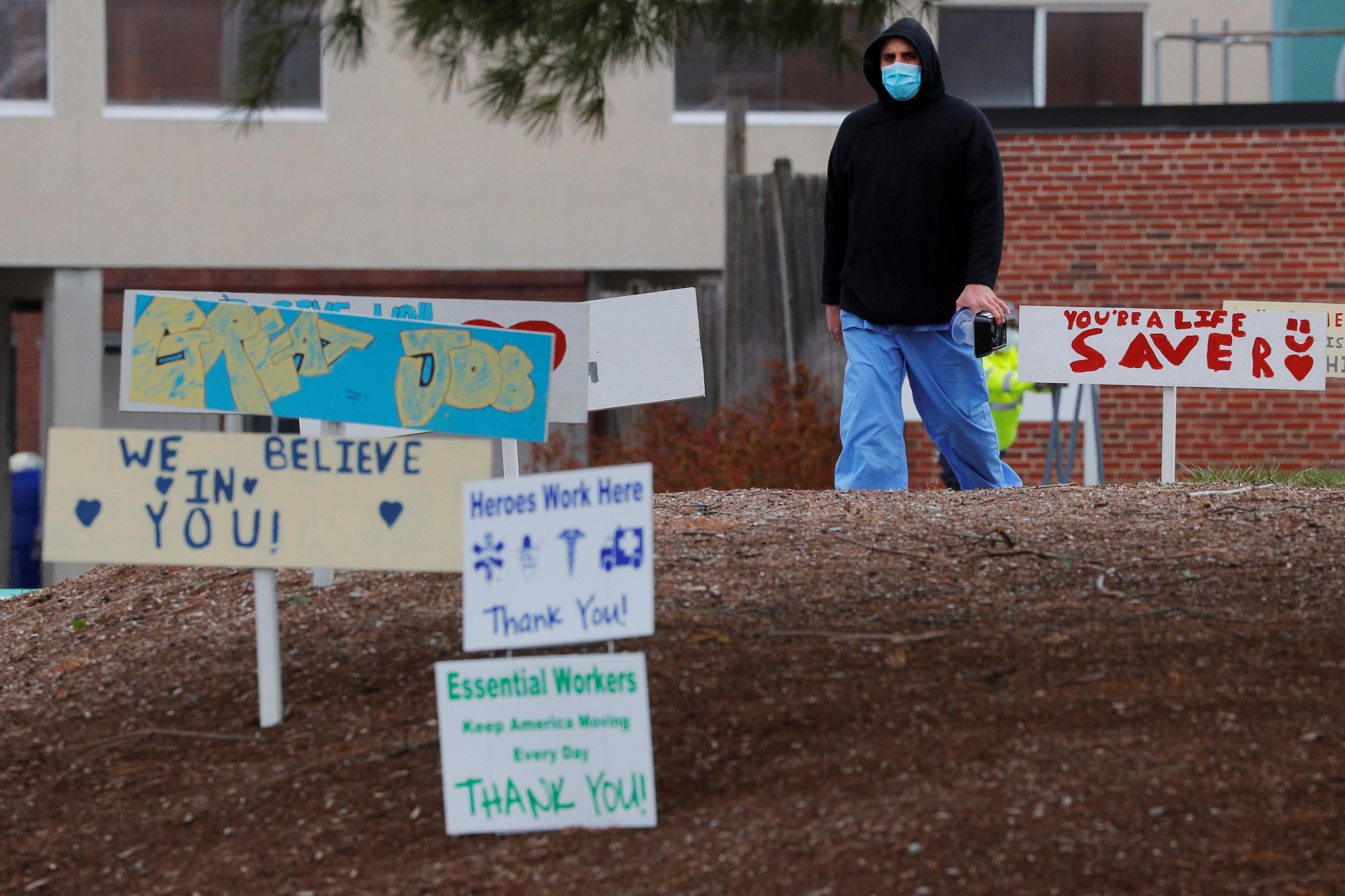 * For an interactive graphic tracking the global spread, open tmsnrt.rs/3aIRuz7 in an external browser.

* For a U.S.-focused tracker with state-by-state and county map, open tmsnrt.rs/2w7hX9T in an external browser.

* U.S. President Donald Trump on Wednesday ordered a temporary block on some foreigners from permanent residence in the United States to protect American workers and jobs.

* The U.S. House of Representatives expects to pass a nearly $500 billion coronavirus relief bill on Thursday.

* Auto retail sales in the United States are beginning to recover from a massive slump in March, according to analysts at J.D. Power.

* Mexico, whose total cases rose to more than 10,000, will increase spending on social programs and infrastructure projects by $25.6 billion.

* Germany’s coalition parties on Thursday agreed to further measures worth some 10 billion euros ($10.81 billion) to shield workers and companies from the impact of the coronavirus pandemic.

* It may take European Union countries until the summer or even longer to agree on how exactly to finance aid to help economies recover from the coronavirus pandemic as major disagreements persist, a bloc official said.

* The British government came under sustained pressure over its coronavirus response when members of parliament got their first major opportunity in a month to hold it to account.

* Relieved Spanish parents welcomed a decision allowing children out on short walks for the first time in more than a month as the government voted to extend Spain’s lockdown until May 9.

* Hackers working in support of the Vietnamese government have attempted to break into Chinese state organisations at the centre of Beijing’s effort to contain the outbreak, a U.S. cybersecurity firm said.

* Egypt’s parliament approved amendments to its emergency laws that give expanded powers to the presidency and the military prosecution.

* Sixty-eight people, mostly staff, have come down with the coronavirus at a prison in the Moroccan city of Ouarzazate.

* Asian stock markets rose as the combination of a rebound in crude prices from historic lows and the promise of more U.S. government aid helped calm nervous markets. [MKTS/GLOB]

* Japan’s services sector shrank at a record pace in April, while factories also fell quiet across the country due to the widening fallout from the coronavirus pandemic.

* The pandemic pushed South Korea’s economy into its biggest contraction since 2008 in the first quarter.

* Foreign tourist arrivals in Thailand slumped 76.4% in March from a year earlier after a 42.8% drop in the previous month.

* Canada’s annual inflation rate tumbled to a near five-year low in March.

* Switzerland’s federal budget deficit could jump to around 6% of national output this year.