Kim Jong-un has been the subject of speculation surrounding his health, with rumours of his death circulating in recent weeks. However, on Sunday state media said the North Korean leader hosted a meeting to discuss the country’s nuclear capabilities.

This marked Kim’s first appearance in three weeks after a previous absence – which was what had sparked rumours of surgery, ill-health and death.

The report added: “Set forth at the meeting were new policies for further increasing the nuclear war deterrence of the country and putting the strategic armed forces on a high alert operation.”

Kim has made an unusually small number of outings in the past two months, with his absence from a key anniversary prompting speculation about his condition. 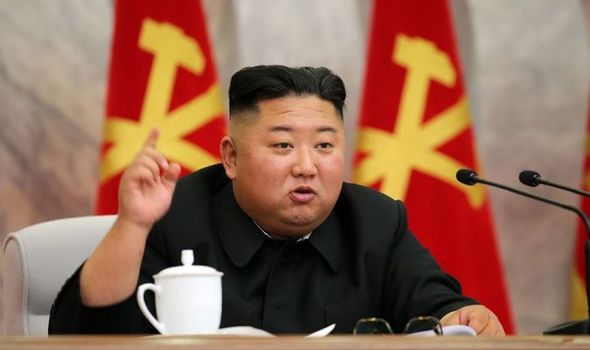 This came as Pyongyang has stepped up measures against the COVID-19 pandemic.

North Korea says it has no confirmed cases of the new coronavirus, but South Korea’s intelligence agency has said it cannot rule out the North has had an outbreak.

However, no one – including Kim – was seen wearing a mask during the meeting. 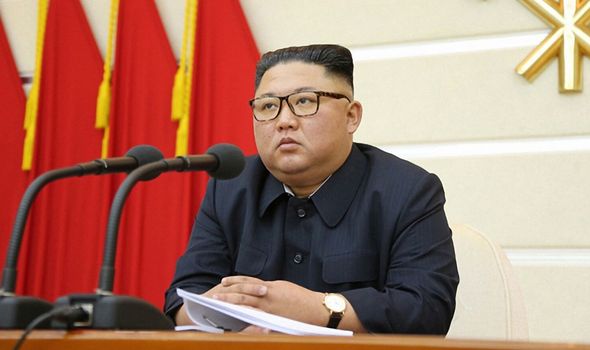 What is Kim Jong-un’s official title?

Kim Jong-un has served as leader of North Korea since 2011 and is known by several titles dependent on occasion, in media or by the North Korean people.

Kim has been the Supreme Commander of the Korean People’s Army since December 24, 2011.

On March 27, 2012, Kim was elected to the Fourth Conference of the Workers’ Party of Korea.

In July 2012, Kim Jong-un was promoted to wonsu (translated as marshal), the highest active rank in the military.

After his father’s – Kim Jong-il – death in 2011, Kim Jong-un was hailed as the “great successor to the revolutionary cause of Juche”.

He has also been called “outstanding leader of the party, army and people”, and “respected comrade who is identical to Supreme Commander Kim Jong-il”.

The Korean Central News Agency described Kim Jong-un as “a great person born of heaven”, a propaganda term both his father and grandfather had enjoyed. 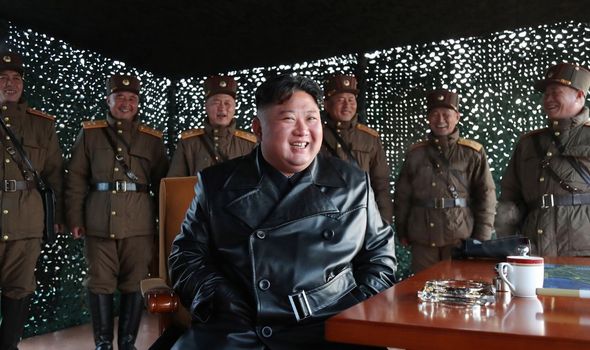 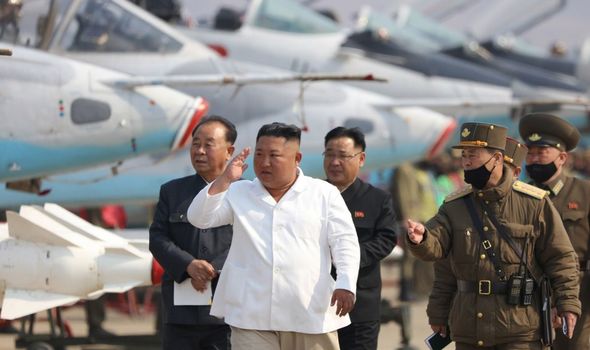 Of his appointment, the ruling Workers’ Party said: “We vow with bleeding tears to call Kim Jong-un our supreme commander, our leader.”

One reported – and more bizarre – title of Kim’s is “Ender of the Human Race and Planet Earth”.

Kim also holds the titles of