The clip showed images of a thick cloud of black smoke spreading along a block of Ukrainian apartments after a fire broke out following a series of explosions in the Kakhovka district, in the Russian-occupied Kherson region. The area is now under heavy attack as Ukrainian troops are attempting to retake control over the region, in Russian hands since the beginning of the war.

In the video, a cloud of smoke is seen spreading from behind a block of apartments located in the Kakhovka district.

The fire and smoke in the video are believed to be emerging from a building used by Russian troops as an ammunition depot for the area.

In the background of the clip, a continual beep sound is heard in an attempt to signal the explosion.

As the viewer recording the scene zooms out, the cloud of smoke is seen spreading all over the residential buildings located right in front of the explosion centre. 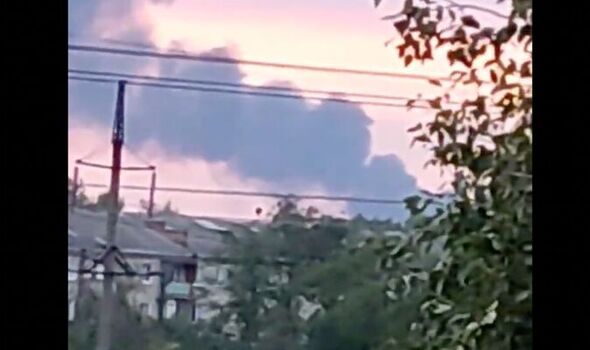 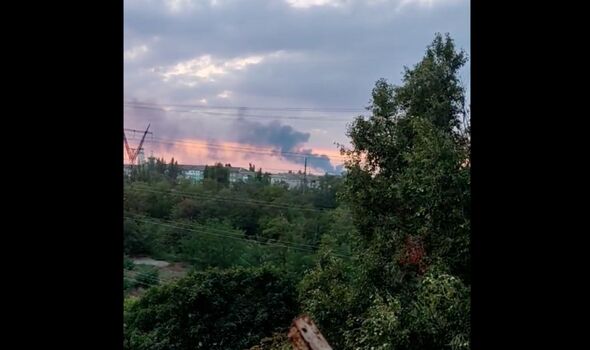 Footage of the fire was posted on Twitter by the account @Flash43191300: “A fire broke out after the explosions in the Kakhovka district of the Kherson region. A video from subscribers”.

Kherson region is now at the centre of heavy fighting and continual attacks as Ukrainian troops are attempting to retake the Russian-held region.

The area has been under continual Russian control since the beginning of the war in February, with Kherson becoming the first major Ukrainian city to fall into Russian hands.

In light of the current Ukrainian counter-offensive campaign in the region, the head of the neighbouring Mykolaiv region Vitaliy Kim said: “Heavy fighting is continuing, our soldiers are working around the clock”.

According to an assessment from British intelligence, “from early on 29 August” Ukrainian troops have “increased the weight of artillery fires in front line sectors across southern Ukraine”.

In reference to the Ukrainian counteroffensive, advisor to President Zelensky Oleksiy Arestovych updated on the campaign saying that Ukrainian forces “have broken through the [Russian] frontline in several places” in the Kherson region.

He also said that the operation was conducted in just “a few hours”.

The update came after weeks of Ukrainian attacks aiming at cutting off Russian forces from main supply routes. 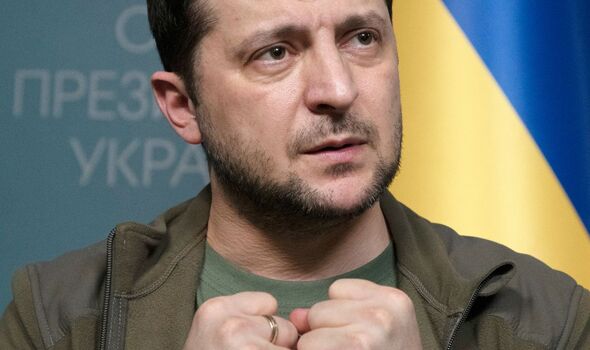 On Tuesday, Ukraine’s military said three key bridges across the Dnipro River had been hit by Ukrainian troops in the attempt to prevent Russian troops from successfully resupplying from the ammunition depots located right on the other side of the river crossing the region.

In light of the counter-offensive, in his address to the nation, President Zelensky said: “We will push them to the border. To our border, the line of which has not changed. The invaders know it well.”

He threatened Russian troops: “If they want to survive, it is time for the Russian military to flee”.