Nearly 30 people taken into custody in Nairobi as they took to the streets to demand an end police brutality. 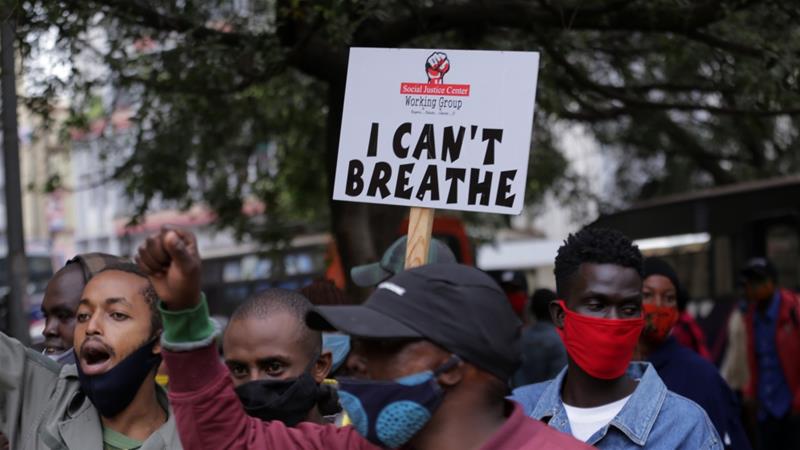 About 100 people took part in demonstrations across Nairobi on Tuesday.

Many Kenyans have been angered by a fresh wave of alleged police abuses carried out while enforcing coronavirus-related restrictions.

“We are not armed, and we just wanted to take our petition very peacefully, but as you can see they are very armed, they have arrested some of us, and they have injured some of us,” protester David Oluoch said.

Nairobi-area police boss Philip Ndolo said nearly 30 people were arrested and that protesters had not been “observing distance” for the coronavirus pandemic.

“It’s dangerous to hold such meetings now,” he said.

Human rights activists said at least 22 people, including a 13-year-old boy, have been killed by officers enforcing the virus restrictions.

But activists said there has been no groundswell of widespread public protest in Kenya, one of Africa’s biggest economies, that has been seen in other parts of the world.

For two decades, Kenya’s police force has been ranked as the country’s most corrupt institution.

It is also the most deadly, human rights groups said.

Gachihi said the police killings have targeted people in slums and people are demanding that their rights be respected.

“We are not going to stand for that any more,” activist Amelia Hopkins Philips said. “We are going to keep standing up and peacefully protesting until that message gets through.” 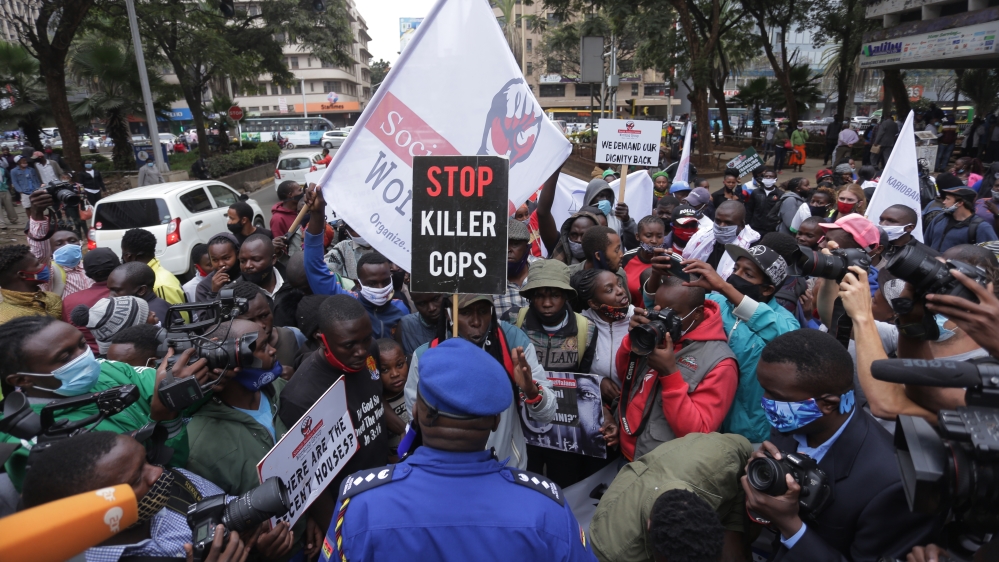