ALMATY (Reuters) – Police in Kazakhstan’s largest city Almaty detained dozens of anti-government protesters who took to the streets on Saturday even as a new, more liberal law on demonstrations was expected to come into force. 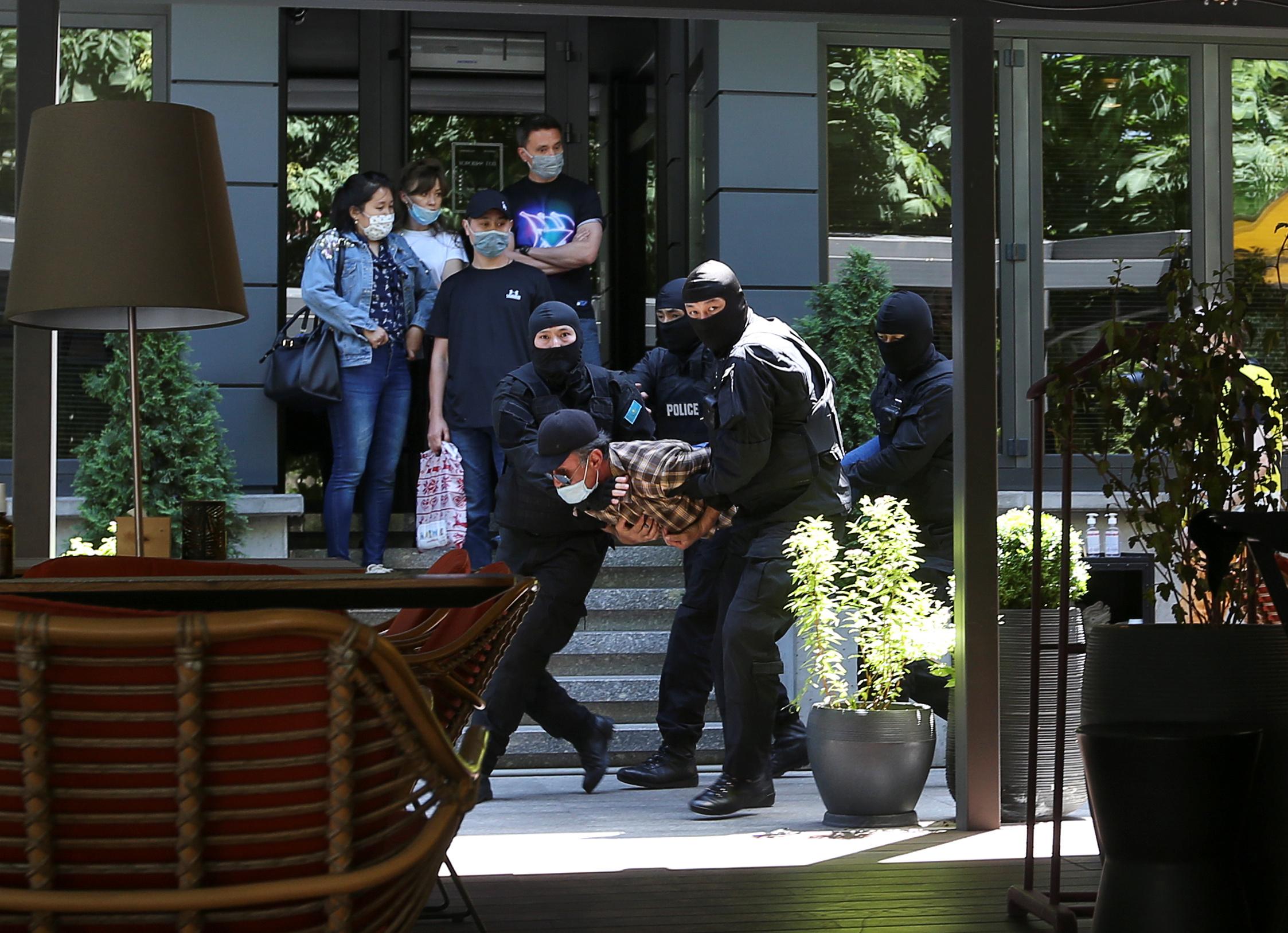 The Central Asian nation has frequently been criticised by human rights groups for requiring public rallies to have been approved by authorities. However President Kassym-Jomart Tokayev signed a law late last month removing this provision.

But officials said that, while the law technically took effect on Saturday, it would need a five-day notice period before being applied in practice. They said opposition groups had failed to notify authorities about their plans to rally, and were also breaching COVID-19 social distancing rules.

Police, including riot units, cordoned off the main squares of Almaty as well as streets near the area where at least 100 activists had gathered, breaking up the protesters into smaller groups of dozens of people each.

At least one group of activists carried a banner that read “I can’t breathe” – a reference to the death of George Floyd, an unarmed American black man who died in police custody in Minneapolis, which sparked riots across the United States.

Among their other demands were the resignation of Kassym-Jomart Tokayev, Nazarbayev’s ally who took over following his resignation last year, and a fairer redistribution of wealth.

“Why are people poor in a country rich with oil and gas?” read one banner.

After a brief confrontation, police detained a few dozen protesters and took them away in minivans.

The oil-rich nation of 19 million people has been hit hard by a drop in crude prices as well as the fallout from the novel coronavirus pandemic. More than four million people lost their sources of income during a two-month lockdown that ended last month, according to official data.