US Election: Kamala Harris may ‘take over’ from Biden says Dale

Kamala Harris will make history today as she takes the oath to become the first woman and first black and South Asian American to serve as US vice-president. Standing alongside President-Elect Joe Biden in the inauguration this afternoon, the Democrat will be sworn in to her new role, replacing current VP Mike Pence.

Her swearing-in marks a momentous change in US history – and a shift she hopes will not be the last.

She has repeatedly said in recent months:  “While I may be the first woman in this office, I will not be the last.”

“Hundreds of thousands of black women have fought, organised and voted to reach this moment. Now, Vice-President-elect Kamala Harris has a responsibility to represent demands of the people who ushered her into office.” 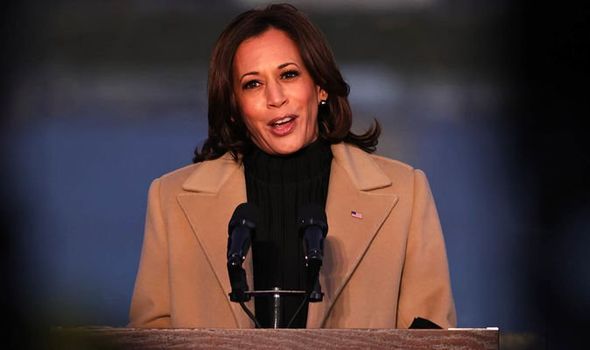 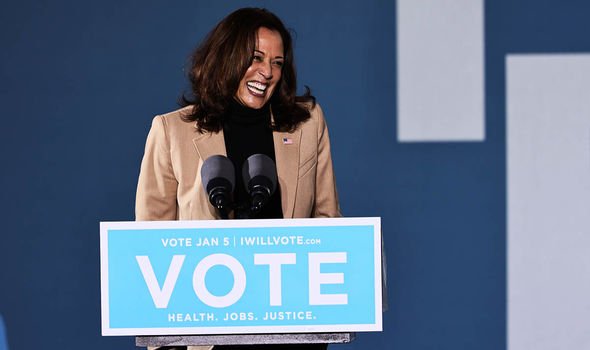 How to pronounce Kamala Harris

Kamala Harris will become Joe Biden’s Vice President of the US today following this inauguration this afternoon.

Introducing herself to staffers, Kamala Harris revealed her name may not be pronounced as you think.

She told one: “Kamala Harris. That’s pronounced ‘comma-la,’ by the way, and you’d better get it right.”

The British version of the name is pronounced: kuh·maa·luh

However, in the US, her name is pronounced: kaa·muh·luh 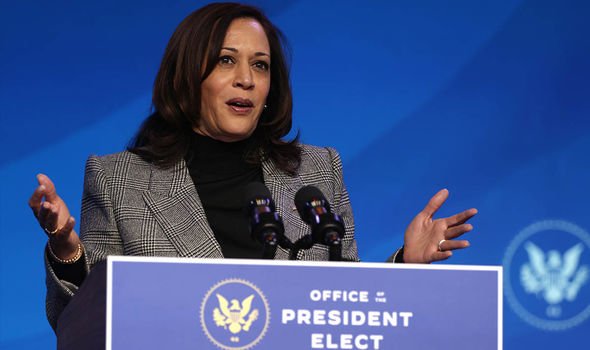 Speaking during a rally in Macon City in Georgia, Senator David Perdue said: “KAH’-mah-lah? Kah-MAH’-lah? Kamala-mala-mala? I don’t know. Whatever.”

Mr Perdue’s representative said the Senator mispronounced the name by accident and he did not mean anything by it.

US Election: Kamala Harris thanks supporters in victory speech

What does Kamala Harris’ name mean?

Kamala Harris’ name is rooted in her South Asian heritage. Her mother is from India, her father from Jamaica.

Kamala means “lotus flower”, “pale red” or “a garden”. It is also another name for the Hindu goddess Lakshmi.

Kamala was raised by her mother Shyamala Gopalan, a biomedical scientist born in British India, whose work helped further advances in breast biology and oncology.

Her father, 82-year-old Donald Harris, is a Jamaican-American economist and professor emeritus at Stanford University.

He and Shyamala met after he conducted a talk at a meeting of the Afro American Association, a students’ group at Berkeley, in 1962.

The couple divorced in December 1971, when Kamala was seven and her younger sister Maya was four.