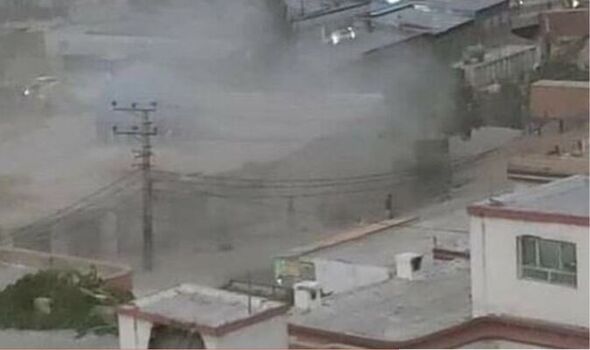 The Afghan journalist Rabia Sadat reported that around 50 worshippers at the mosque had been killed including prominent religious scholar Maulvi Amir Mohammad Kabuli. The Taliban has yet to comment on the explosion.

There have been unconfirmed reports that the explosion was followed by the sound of gunfire in the area around the mosque.

Rabia Sadat said in a tweet: “Maulvi Amir Mohammad Kabuli, one of the prominent religious scholars, along with about 50 worshipers, died in the explosion on the Siddiquiya Mosque in the Khairkhane area of Kabul.

“A source says that the majority of the dead are from Panjshiri and North.

“The Taliban have not said anything about it so far.”