The incoming director of communications Kate Bedingfield took to Twitter in support of Mr Biden’s deputy chief of staff Jen O’Malley Dillon in the wake of her four-letter outburst in a magazine profile. Politicians from both sides have demanded an apology but allies are backing the outspoken Democrat campaign manager.

I’m not saying they’re not a bunch of f***ers. Mitch McConnell is terrible

Ms Bedingfield said: “So Jen O’Malley Dillon would be the first to tell you her mom doesn’t approve of the spicy language.

“But I would be the first to tell you that the point she was making in this conversation is spot on: unity and healing are possible — and we can get things done.”

The “spicy language” featured in an interview with Glamour magazine during which Ms O’Malley Dillon insisted Mr Biden was right to believe Republican rivals would warm to the idea of working with him in Washington. 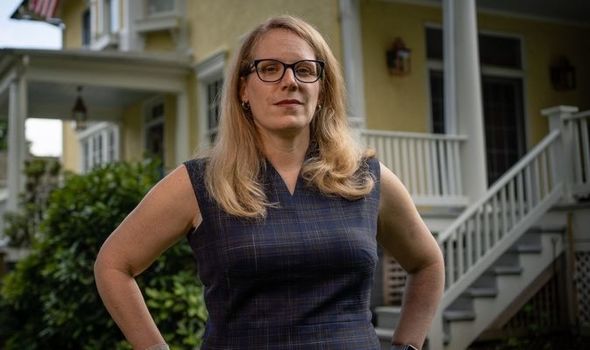 She said: “In the primary, people would mock him, like, ‘You think you can work with Republicans?’

“I’m not saying they’re not a bunch of f***ers. Mitch McConnell is terrible.

She said Mr Biden, who served as vice president under Barack Obama, had “set out with this idea that unity was possible, that together we are stronger, that we, as a country, need healing, and our politics needs that too”. 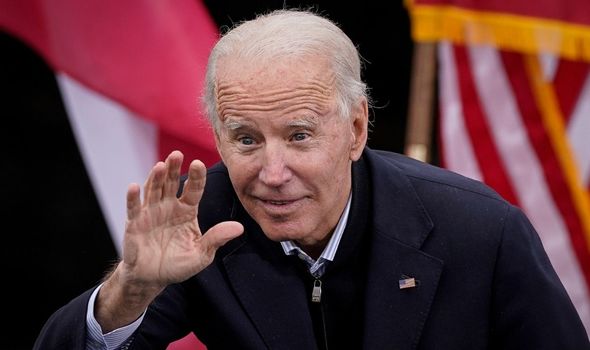 She told Glamour: “Which is not to say it is easy. It is like a relationship.

You can’t do politics alone. If the other person is not willing to do the work, then that becomes really hard.

“But I think, more than not, people want to see impact. They want to see us moving in a path forward.

“They want to do their work, get paid a fair share, have time for themselves and their family, and see each other as neighbours.”

Ms Bedingfield’s intervention came amid reports of frustration over the comments in the Biden camp.

One Democrat supporter said: “For those of us who, from day one, bought into Biden’s calls for civility and a return to normalcy, this isn’t just beyond the pale — it’s plain stupid.”

Some party donors have called on Ms O’Malley Dillon to apologise to both Mr Biden and congressional Republicans for her outburst.

But one aide to the President-elect said while Ms O’Malley Dillon could “have used a different adjective,” the 2020 Biden campaign manager is “real, she is authentic, she says it how it is”. 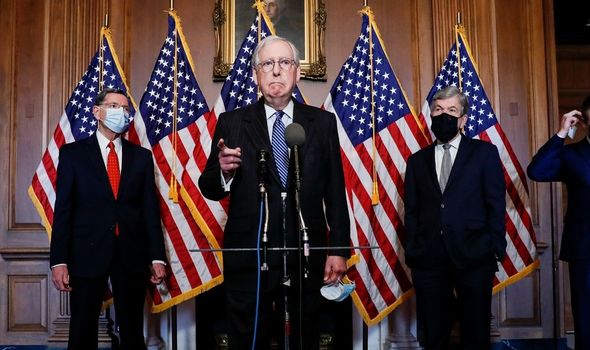 Earlier this week Mr Biden spoke with Senate Republican leader Mr McConnell after he broke his silence on the election result.

Mr McConnell congratulated Mr Biden and Vice President-elect Kamala Harris on their victory during remarks on the Senate floor on Tuesday, a day after the Electoral College formalised their November 3 victory.

He had been among many congressional Republicans who refused to acknowledge Mr Biden’s defeat of President Donald Trump, who has continued to make unfounded claims of election fraud and refused to concede.

Mr Biden said he had called Mr McConnell to thank him for recognising his victory and said that they had a “good conversation”.

He said: “While we disagree on a lot of things, there are things we can work together on.

“We agreed to get together sooner rather than later.”