The G7 nations will meet in the Cornish seaside resort of Carbis Bay in June, with the EU participating as a guest. The US President has already set out plans to force the world’s biggest companies to pay taxes to national governments based on sales generated in each country, and to establish a global minimum rate, to deter firms from shifting profits abroad. This was initially proposed through a minimum global corporate tax rate of 21 percent, but the administration has since signalled it could accept a 15 percent minimum.

Five of the nations in the G7 have already suggested they will back the proposals, but the UK has yet to do so – and research shows the bloc could be set to make a killing.

Estimates were published by a new independent research organisation, the EU Tax Observatory, which models the “tax deficit” of multinationals.

It reportedly showed that a 15 percent global corporate tax rate “could reap the EU €50billion (£43billion) a year”.

Should the tax rate be set higher at 25 percent, the EU would apparently earn nearly €170billion (£147billion) extra a year. 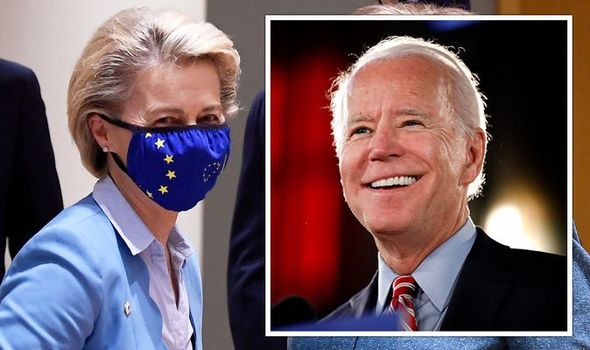 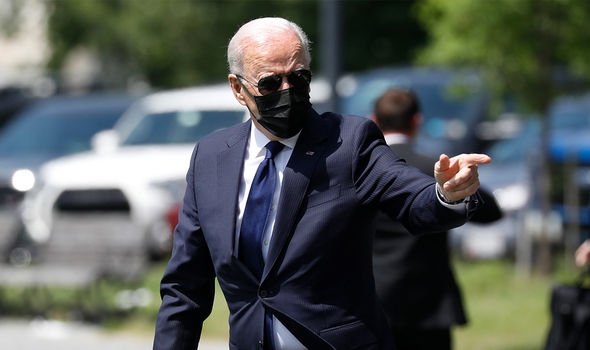 The UK currently has the lowest corporate tax rate in the G7 at 19 percent, although it will rise to 25 percent by April 2023.

Gabriel Zucman, director of the EU Tax Observatory, said the resistance of the UK and others such as Ireland, which has a 12.5 percent corporate tax rate, should not hold others back.

“But it doesn’t prevent the countries that want to be more ambitious to sign an agreement where they say for their own multinationals, ‘We’re going to impose a 25 percent minimum tax on their country by country profits so that even if they tax their profits in Ireland, we Germany, the US, France, we are going to collect the missing 15 pecent to arrive at 25 percent.

“And Ireland can do absolutely nothing, they will keep their law right, but that’s the offset by higher taxes in the parents’ countries.” 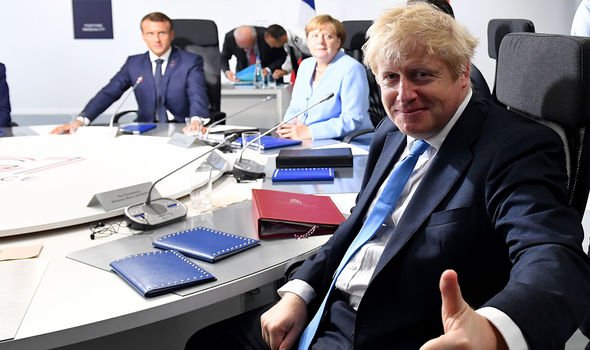 The Institute for Public Policy Research (IPPR) Centre for Economic Justice has urged the Government to act and embrace the proposals.

The IPPR argues that the UK could take an opportunity for global leadership by backing a new global minimum rate of 21 percent.

It calculates that this rate of minimum global corporation tax would generate increased UK tax receipts of £14.7billion, sufficient to fund the rebuilding of the NHS and care system – which the IPPR recently costed at £12billion.

The alternative proposal for a 15 percent rate would reportedly only raise approximately half as much – about £7.9billion – and would retain “the race to the bottom on tax,” it says.

Among multinationals headquartered in the UK, it is claimed that BP’s corporate tax bill would increase at that rate by €484.9million (£418million), Barclays by €911million (£786million) a year and HSBC’s by €4.2billion (£3.63billion). 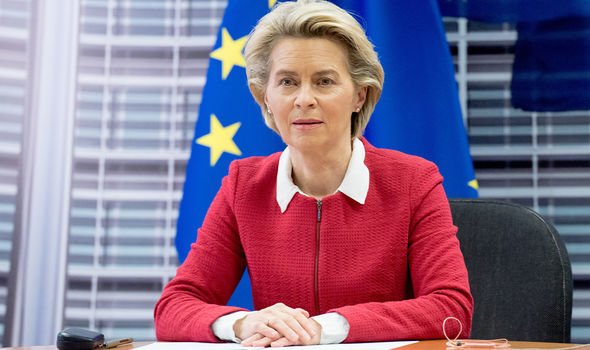 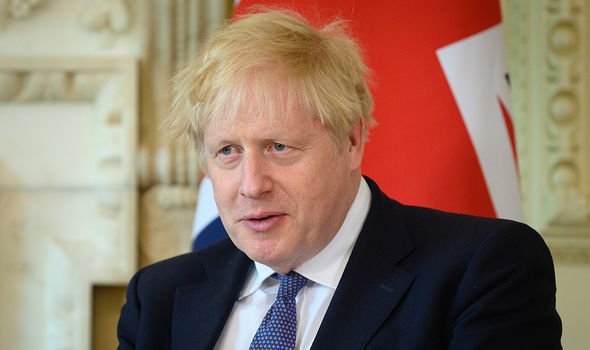 The EU study suggests the bloc would benefit if it went alone in enforcing a minimum tax rate on non-EU multinationals profits too, with an extra €30billion (£25.9billion) expected to be earned.

Mr Zucman added: “Even if there’s a global agreement on tax, there is nothing that prevents the EU, and more importantly, even one EU country unilaterally or a group of EU member states, to be more ambitious to say, ‘We are going to apply a 25 percent rate.’

“And if they did that, and not only did that but also if they collected part of the tax deficit of foreign nationals, it would start a race to the top.

“With 25 percent minimum tax, which is nothing extraordinary for the EU, it will generate 1.2 percent of GDP in extra revenue.

“So I’m not saying that it’s going to be enough to pay for Covid and everything but you know what, it could be a big part of a plan for public finances after the crisis.”