TOKYO (Reuters) – Japan’s Chief Cabinet Secretary Yoshihide Suga has indicated he intends to run for leadership of the ruling party, a source said on Monday, soon after a report emerged that he had won the backing of one of the party’s most powerful factions. 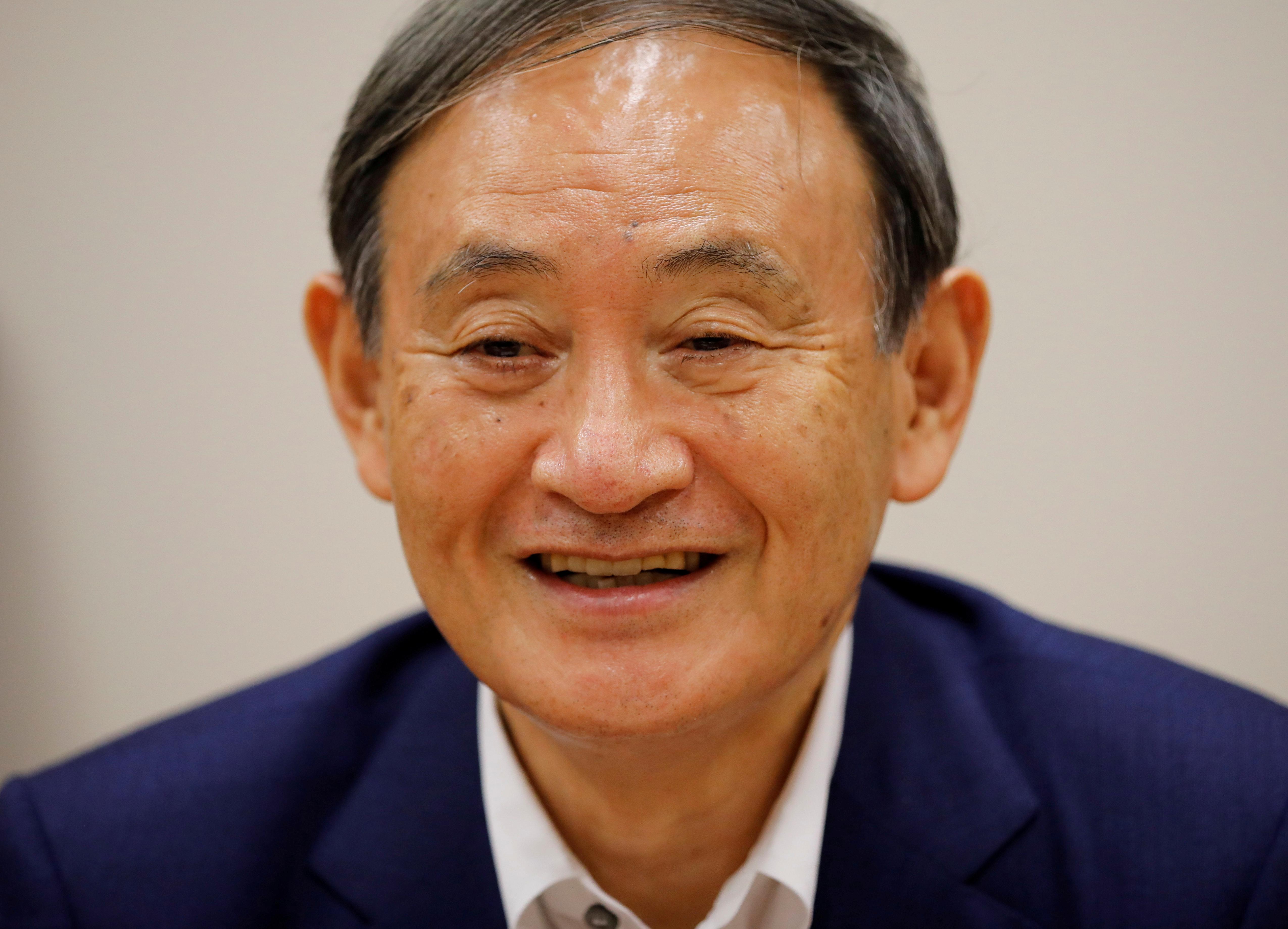 The leader of the Liberal Democratic Party (LDP) will almost certainly become prime minister because of its majority in the lower house of parliament, replacing Shinzo Abe who announced on Friday he was stepping down for health reasons.

Suga has not announced his candidacy for leader of the LDP but has indicated privately that he intends to do so, said the person, who declined to be identified because the information is not public.

Earlier, Kyodo news reported that a group of legislators led by Deputy Prime Minister Taro Aso would back Suga in the race, giving him critical support that will add to some recent momentum.

Suga, a longtime lieutenant of Abe, is seen as a strong contender thanks to support from the party powerbrokers.

His position is in contrast to that of one of his likely rivals, former defence minister Shigeru Ishiba, who is more popular with voters but lacks strong backing among party heavyweights.

Ishiba has the support of about 34% of the public, more than double the 14% for Suga, the second-most popular choice, a Kyodo News survey on the weekend showed.

A Nikkei/TV Tokyo poll showed Ishiba with 28% support, followed by current Defence Minister Taro Kono with 15%. Suga came in fourth with 11% in that poll.

“People still want an LDP government, but after Mr Abe has resigned they’re asking: ‘who’s got a different style?’,” Ishiba told Reuters in an interview on Monday.

“I’ve continuously challenged Abe and I have more support than those who haven’t. This is not based on performance, but on expectations.”

Abe, Japan’s longest-serving premier, said he was stepping down because of worsening health.

The LDP will hold its leadership vote on Sept. 14.