Parts of Japan, namely western regions, have been brought to a standstill as the country faces relentless and severe snow storms. At least ten people have died throughout the freak weather pattern, while hundreds more are understood to be injured as a result of the adverse climate. Traffic has come to a standstill, and in one case, 1,200 vehicles were piled up on Japan’s motorways unable to move.

The snow has left tens of thousands of homes without power as large swathes of the country have seen record snowfall.

The snowstorms gripping Japan are understood to be three times higher than the national average for this time of year.

Weather forecaster WXCharts tweeted: “Relentless snow in Japan thanks to a phenomena of sea-effect snow, similar to lake-effect snow in the US.

“Frigid air from east Asia flowing over the Sea of Japan has led to very heavy snowfall for western Japan, and the snow isn’t reigning in just yet…” 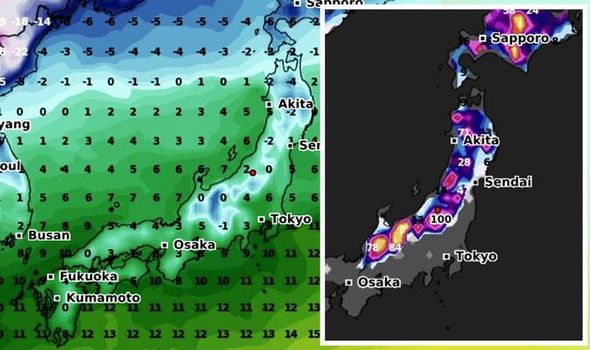 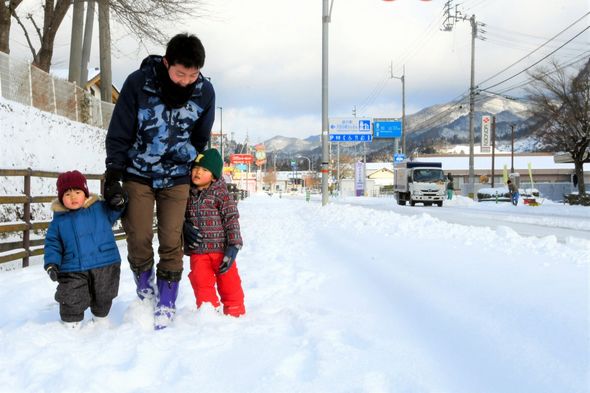 The storm has been raging since early December, but got worse on Thursday, January 7 as records were broken for the amount of snow laid on the ground.

During the same period of time, Takaoka and Toyama Prefecture received 59cm, or 1.9 feet of snow – the highest ever for the prefecture.

According to Japan’s Fire and Disaster Management Agency, 10 people died in snow-related incidents in Hokkaido, Tohoku and Hokuriku areas, where the snow reached 3.9 feet recently. 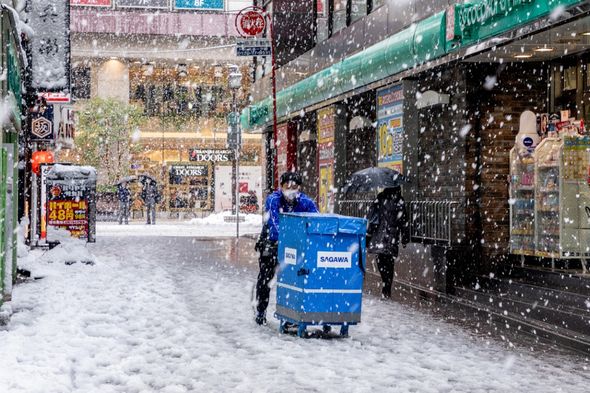 Four people died after falling from their roofs while trying to clear them, prompting officials to urge people not to go up alone.

Sea effect snow is a common occurrence in Japan when discussing the weather, and although this year’s snowfall is record-breaking, the country is used to the climate.

Sea effect snow occurs when cold air flows over a relatively warm water surface, generating convective snow bands over and downwind of a body of water.

Throughout the winter, cold winds often start blowing in from the north west of Siberia, carrying with it cold and dry air over the comparably warm Sea of Japan. 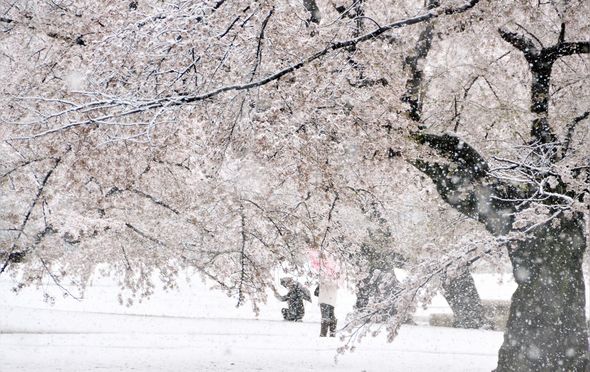 Specifically, the Thushima current which runs through this region is adversely affected as cold air is heated and moistened, creating an unstable lapse rate.

When the air is below freezing and there is a difference of at least 13C between the Siberian air mass and the water, sea effect snow starts to form.

However, the strange thing about Japan’s climate is that while snow may be falling everywhere, oftentimes none will be seen in Tokyo.

This is because a mountain region surrounding the city squeezes out all the moisture from the snow, stopping it from going east.

So while neighbouring Nagano or Niigata will see snow storms and blizzards, Tokyo could be looking up at clear, sunny skies.

Sea snow isn’t exclusive to the sea, and its name changes when talking about any great body of water – for example in the US, the phenomenon is referred to as the lake snow effect.

AccuWeather Senior Meteorologist Brian Wimer said: “The difference in the surface water temperature to the air about 5,000 feet above the ground generally needs to be at least 13C or 26F to have lake-effect clouds, rain and snow to develop.”