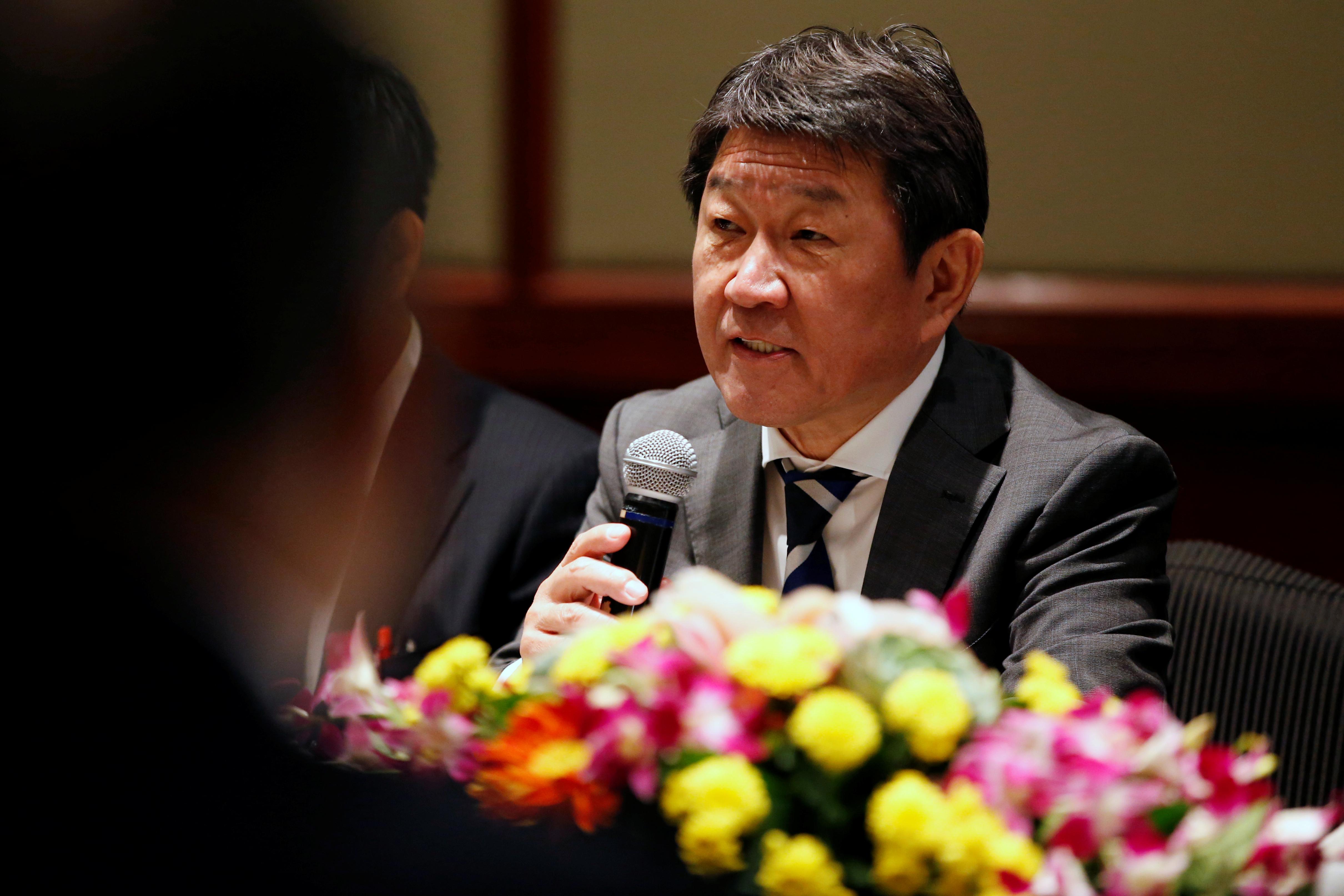 TOKYO (Reuters) – Japanese Foreign Minister Toshimitsu Motegi said on Monday it was not true the government had decided to ease an entry ban, which was implemented to prevent the spread of the new coronavirus, for people from certain countries.

The Yomiuri daily reported last week that Japan may restart business trips to and from Australia, New Zealand, Vietnam and Thailand in the next few months.

The government is examining ways to ease entry bans, taking into consideration various factors comprehensively, and would ease restrictions in stages if it decided to do so, Motegi told parliament.

Motegi has agreed with his counterparts from Vietnam, Australia and New Zealand to discuses the possibility of re-allowing travel to those who need it, he said.