According to locals, the earthquake was “felt strongly” across the country, including the capital Tokyo.

In footage broadcast on Japanese TV, the earthquake’s tremors can be seen shaking entire office buildings as people flee to safety.

The US Geological Survey (USGS) registered the strength of the quake at magnitude-7.2. 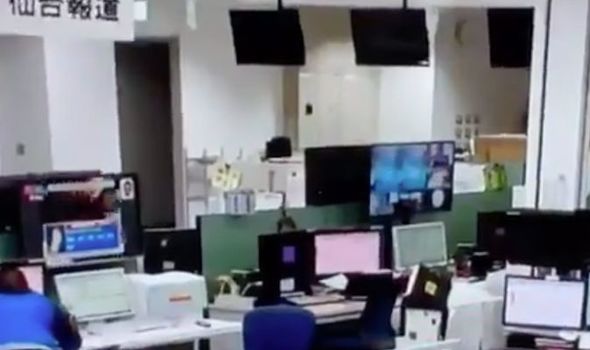 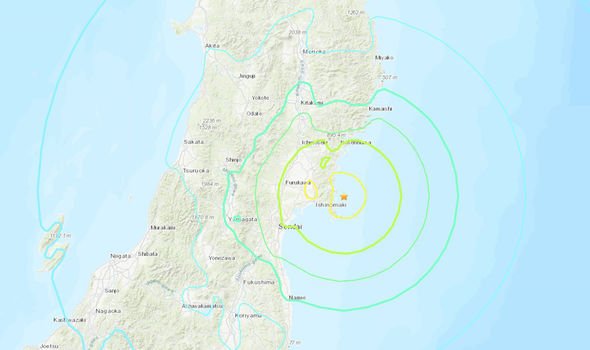 The USGS added that the earthquake was centred 34 kilometers east of Ishinomaki at a depth of 60 kilometers.

The earthquake struck at around 6:09pm local time on Saturday.

It was registered at a 5 on the Japan Meteorological Agency seismic intensity scale, which rates seismic activity on a scale out of 7.

The tsunami warning stated: “It is dangerous in the sea or near the coast. Those who are in the sea should immediately get out of the sea and leave the coast. 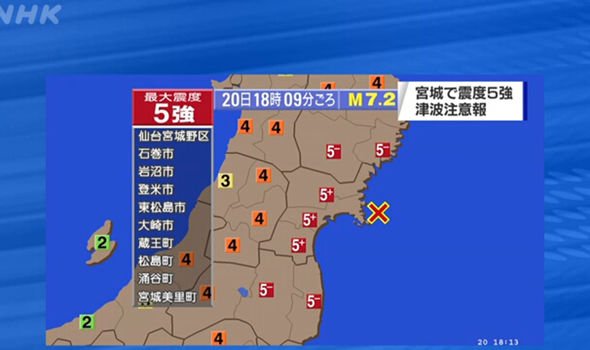 “The tide will continue to be fast, so please do not enter the sea or approach the coast until the warning is cleared.”

The US Consulate in Sapporo told people in the area to “seek higher ground”.

The coast of the Miyagi prefecture was previously heavily damaged during the huge earthquake and tsunami of 2011.