Other social media users noted her father has been strongly opposed to making mask wearing compulsory and has only been spotted wearing one once. Taking to Twitter to make American Independence Day Ivanka posted: “Please be safe & responsible this holiday weekend.

“As we celebrate this 4th of July, follow state & local guidelines to keep you & your loved ones safe.

“Practice proper hygiene, social distancing & wear a mask when in close proximity to others.”

She accompanied the post, which has over 7,000 retweets and comments, with a US flag emoji.

However many other Twitter users weren’t impressed pointing to the attitude of Ivanka’s father towards masks and the performance of his administration during the COVID-19 epidemic. 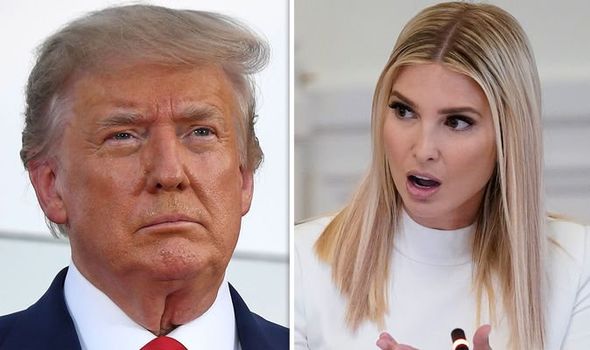 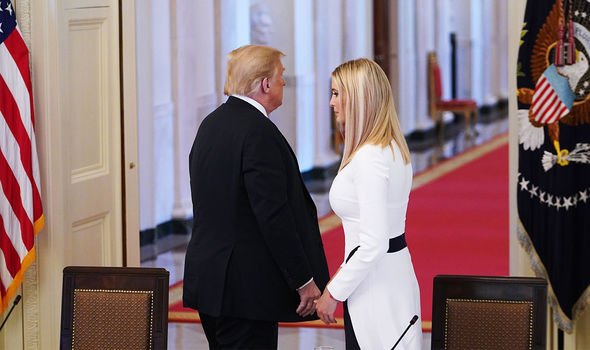 New York based Alex Cole replied: “You should tell your father.”

Fred Guttenberg, father of one of the 2018 Parkland High School massacre victims, agreed posting: “Do ma a favour. Save this message for your family and then GO AWAY!!”

Cheri Jacobus, an anti-Trump writer based in Washington DC, concurred commenting: “Your brother’s girlfriend just tested positive. They don’t wear masks. Neither does your idiot father.”

President Trump has only been seen wearing a mask once whilst visiting a Michigan factory in May. 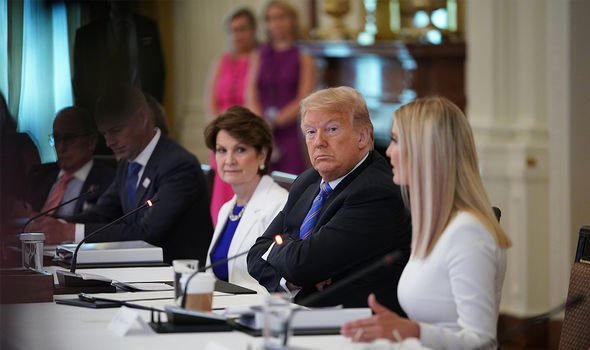 In April he suggested he wouldn’t be wearing a mask commenting: “I don’t think I’m going to be doing it.

However more recently Trump suggested he could wear a mask and suggested it made him look like movie character the Lone Ranger.

Speaking to Fox Business on Wednesday he said: “I’m all for masks.” 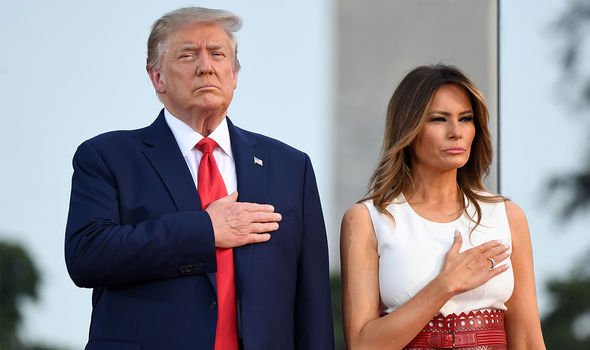 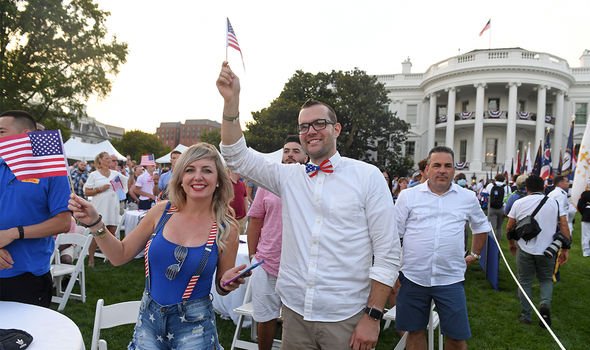 The president added he would wear one if “I was in a tight situation with people”.

However he reiterated his opposition to compulsory mask wearing as there are “many places in the country where people stay very long distance” from each other.

The United States has the highest coronavirus death toll in the world with the disease confirmed to have killed over 130,000 people.

On Friday the country recorded its highest ever number of new cases, with an additional 52,300 diagnosed.

The former Fox News presenter has been playing a major role fundraising for Trump’s re-election campaign.

However the Trump campaign denied Ms Guilfoyle has been near the President recently whilst her husband tested negative. 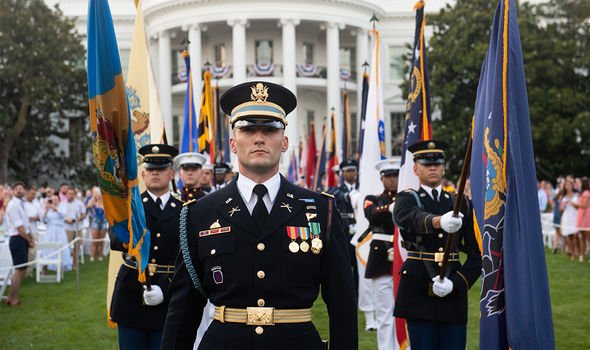 Some 300,000 facemasks were available for spectators watching from the Washington DC mall.

However many US towns and cities cancelled their planned celebrations amidst fears they could help spread COVID-19.