Fights and suicide bids on board Ocean Viking carrying 180 migrants had prompted declaration of a state of emergency. 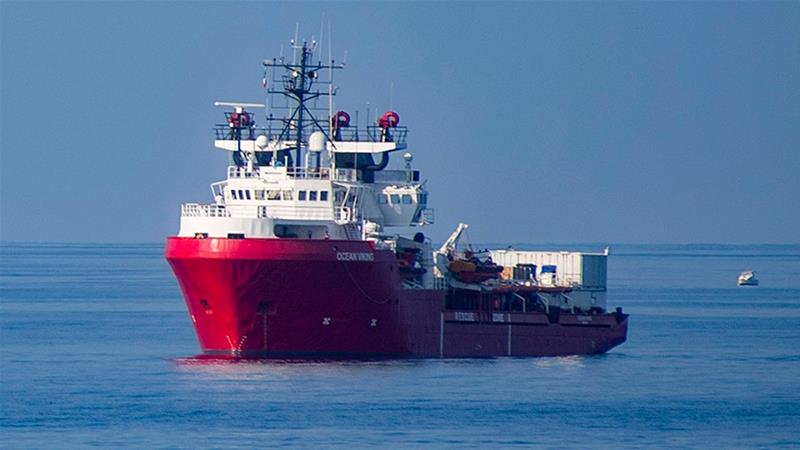 Italy is carrying out tests on 180 migrants rescued in the Mediterranean with a view to transferring them to a quarantine vessel in Sicily, an interior ministry source said on Saturday.

The migrants have been on the Ocean Viking ship operated by SOS Mediterranee for more than a week, with fights and suicide attempts on board prompting the charity to declare a state of emergency on Friday.

A medical team sent by authorities in Pozzallo, Sicily “ascertained the absence of particular health problems and also reported that some tensions that had been registered on the ship are being overcome,” the ministry source said.

The medical team is testing the migrants for the COVID-19 virus after which they will be transferred to a quarantine ship currently in Porto Empedocle, also in Sicily.

“The situation is carefully monitored in view of the transhipment of migrants, scheduled for Monday, 6 July, on the Moby Zaza ship,” the source said.

The Ocean Viking, which has been in limbo in the Mediterranean south of Sicily, has been waiting for permission from Italy or Malta to offload the migrants at a safe port.

Tensions have risen in the past week, as witnessed by an AFP news agency’s reporter on board the boat, as migrants have become increasingly desperate to reach land.

Others have become distraught over not being able to telephone their families to let them know they were safe.

SOS Mediteranee said in a statement on Saturday that “the only assistance proposed has been a visit by a medical doctor and a cultural mediator who spoke to the survivors but are not in a position to present a solution for their disembarkation”.

The migrants, which include Pakistanis, North Africans, Eritreans, Nigerians and others, were picked up after fleeing Libya in four separate rescues by the Ocean Viking on June 25 and 30.

The migrants include 25 minors, most of whom are unaccompanied by adults, and two women, one of whom is pregnant.

More than 100,000 migrants tried to cross the Mediterranean last year with at least 1,200 dying in the attempt, according to the International Organization for Migration.

The arrival of summer and more favourable conditions at sea may lead to an increase of attempts to cross the Mediterranean with the hope of arriving in Europe.