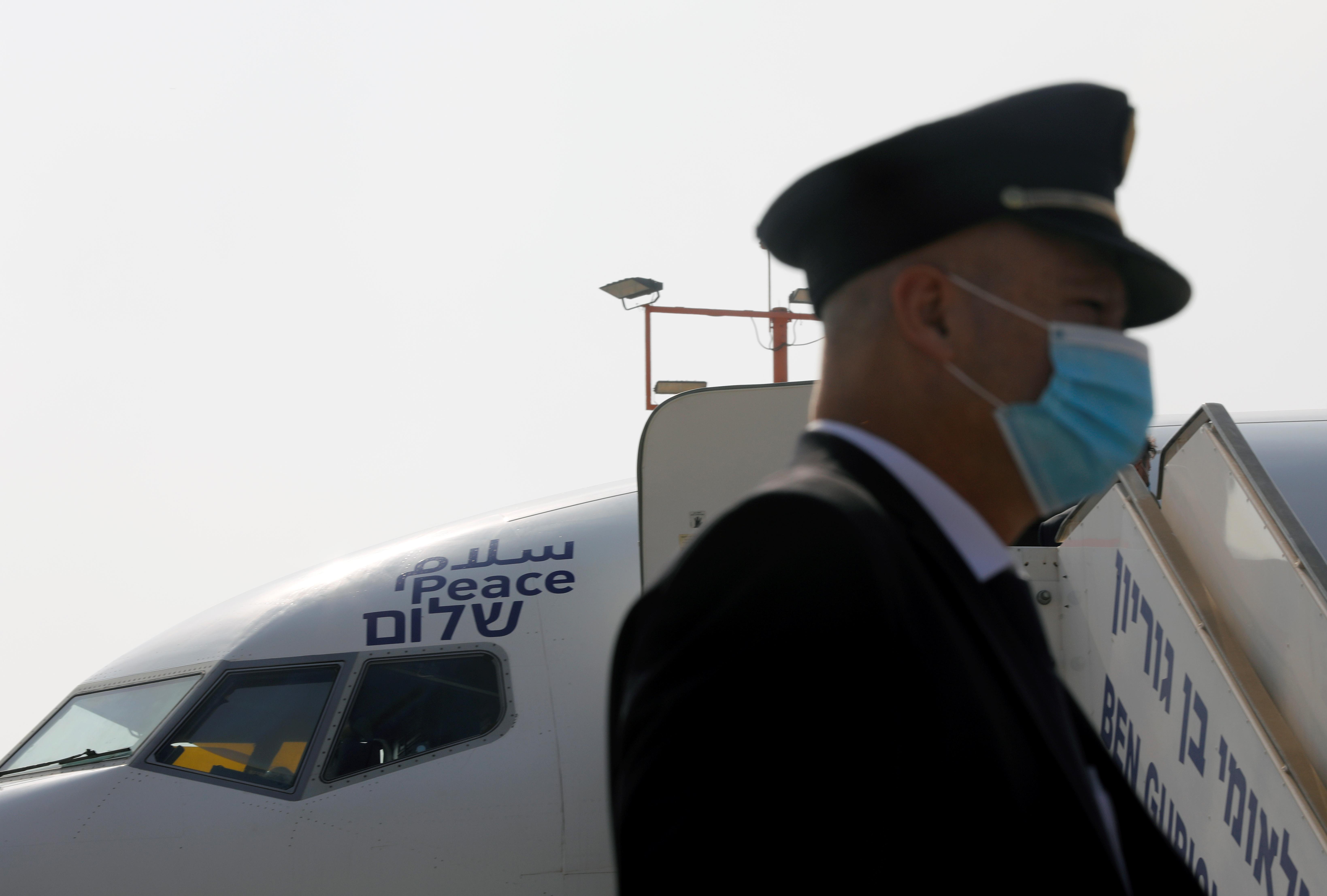 Even before discussions start in Abu Dhabi, the delegates will have made aviation history by taking an Israeli commercial airliner – the word “peace” printed in Arabic, English and Hebrew above a cockpit window of the El Al Boeing 737 – directly from Tel Aviv to the UAE capital over Saudi territory.

“That’s what peace for peace looks like,” Netanyahu tweeted, hailing what he termed a historic flight and describing a deal for formal ties with an Arab state that does not entail handover of land that Israel captured in a 1967 war.

Announced on Aug. 13, the ‘normalisation’ deal is the first such accommodation between an Arab country and Israel in more than 20 years and was catalysed largely by shared fears of Iran.

Palestinians were dismayed by the UAE’s move, worried that it would weaken a long-standing pan-Arab position that called for Israeli withdrawal from occupied territory – and acceptance of Palestinian statehood – in return for normal relations with Arab countries.

Trump’s senior adviser and son-in-law, Jared Kushner, and national security adviser Robert O’Brien head the U.S. delegation. The Israeli team is led by O’Brien’s counterpart, Meir Ben-Shabbat. Officials will explore bilateral cooperation in areas such as commerce and tourism, and Israeli defence envoys are due to visit the UAE separately.

That could give Trump a foreign policy boost ahead of his re-election bid in November. In Jerusalem on Sunday, Kushner said the deal was a “giant step forward.”

The Trump administration has tried to coax other Sunni Arab countries concerned about Iran to engage with Israel. The most powerful of those, Saudi Arabia, has signalled it is not ready.

But in what could presage a more relaxed posture by Riyadh, the El Al plane on Monday will be allowed to overfly Saudi territory to cut flight time.

In the Israeli-occupied West Bank, Hanan Ashrawi, a member of the Palestine Liberation Organisation’s executive committee, said Kushner and his team were “scrambling to convince as many Arab and Muslim leaders as possible” to give Trump an election boost.

“They will be a prop at the backdrop of a meaningless spectacle for a ridiculous agreement that will not bring peace to the region,” she said.