Israel says series ‘completely unacceptable’, but there was no immediate comment from Egyptian government. 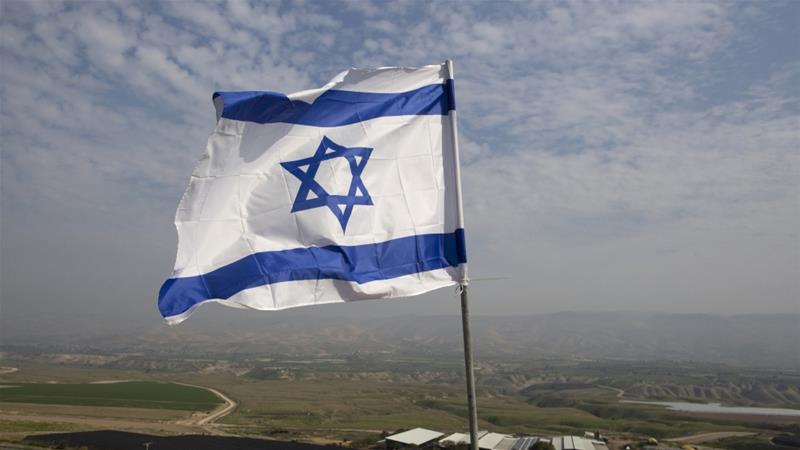 Israel’s foreign ministry has condemned a new Egyptian TV drama set in the year 2120 that predicts Israel’s destruction as well as the break-up of its closest ally, the United States.

The statement issued on Sunday said the series “is completely unacceptable especially because the two states have had a peace treaty for the past 41 years”.

Egypt and Israel have worked closely on security issues since the 1979 treaty, which was brokered by the US. The two countries have coordinated operations against armed groups in their shared border in the Sinai Peninsula.

However, public opinion in Egypt has remained largely against normalised relations with Israel.

The Egyptian series El-Nehaya – Arabic for “The End” – is about a computer engineer living in a dystopian future dominated by cyborg clones. It is one of the many dramas and soap operas that air each night during the Muslim holy month of Ramadan, which began last week.

In the first episode, a teacher tells a class of students about “the war to liberate Jerusalem”, which he says occurred less than 100 years after Israel’s founding in 1948. The teacher says Jews in Israel “ran away and returned to their countries of origin” in Europe. He made no mention of what happened to Jews in Israel whose families came from other Middle Eastern countries – roughly half the Jewish population.

A holographic map of a divided US is also shown, with the teacher saying that “America was the central supporter of the Zionist state“.

There was no immediate comment from the Egyptian government.

The series is produced by Synergy, one of Egypt‘s largest production companies, which has strong links with the government of President Abdel Fattah el-Sisi. It airs on the ON television network, which is owned by a pro-government company.

The show’s writer, Amr Samir Atif, told The Associated Press news agency that the destruction of Israel “is a possible future in the absence of real peace and true stability in the region. … Peace should be based on justice.“

Israel has granted Egypt permission to deploy troops, armour and helicopter gunships close to the Israeli border to fight rebels there. The 1979 peace treaty limited the number of troops and type of weapons Egypt can have in the area without Israeli consent.

Under Netanyahu’s leadership, Israel’s longest-serving prime minister, the building of settlements on Palestinian lands have increased, threatening the two-state solution.

Most Egyptians, however, associate Israel with the four wars the countries fought against each other from 1948 to 1973 and are deeply opposed to Israel‘s policies towards the Palestinians.

In 2016, an Egyptian legislator and popular TV talk show host was expelled from parliament over a meeting he had with the Israeli ambassador to Egypt.