At least 28 people have been killed after a “disastrous” crush at a religious bonfire festival in Israel.

The country’s prime minister, Benjamin Netanyahu, has described the incident as a “heavy disaster”, adding: “We are all praying for the wellbeing of the casualties.”

Dozens of people were hurt at the Lag Ba’Omer event in northern Mount Meron, where annual commemorations that include all-night prayer and dance were taking place.

Tens of thousands of ultra-Orthodox Jews had gathered at the tomb of a second-century sage.

Magen David Adom, Israel’s ambulance service, said it was “fighting for the lives of the dozens wounded, and will not give up until the last victim is evacuated”.

Early on Friday morning, it said 38 people were in a critical condition and still in the field, six people who were critically hurt had been evacuated and 18 others were severely injured. 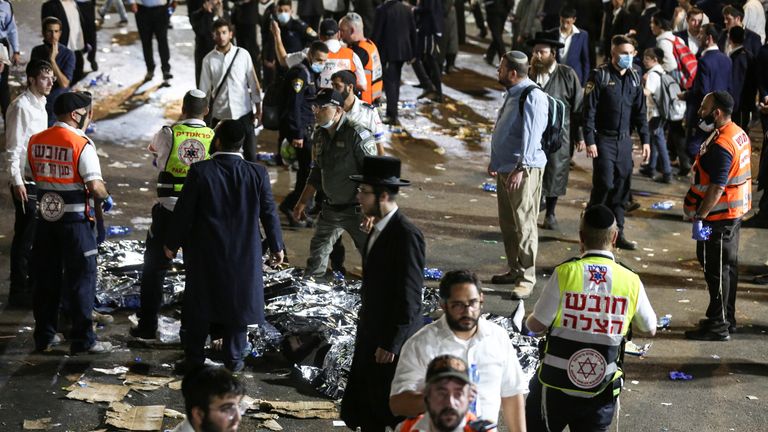 The gathering had been held despite health officials warning that the crowding could cause coronavirus to spread.

Israel has seen COVID-19 cases plummet since launching one of the world’s most successful vaccination campaigns late last year.