The RAF has carried out airstrikes on caves in Iraq where Islamic State (IS) terrorists were hiding out.

Six cave entrances were bombed on 28 April by a pair of RAF Typhoons and other coalition aircraft northeast of Bayji in northern Iraq, the Ministry of Defence (MoD) has revealed.

Intelligence had confirmed a group of IS fighters with weapons were operating out of the caves. 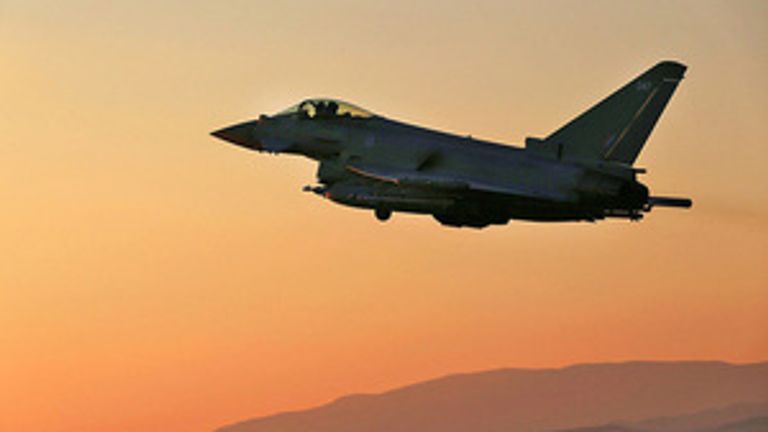 Setting out from RAF Akrotiri in Cyprus, the Typhoons and other aircraft were supported by a Voyager aerial refuelling tanker as they flew to Iraq.

Following a “thorough check” of the area surrounding the caves, the aircraft used Paveway IV precision-guided bombs to strike all six of the caves.

They then used surveillance to confirm all the terrorists’ weapons had been successfully destroyed.

An MoD statement said they had been successful in “removing more Daesh (IS) fighters from the battlefield and further downgrading the terrorist movement”.

Defence Secretary Ben Wallace said: “The strikes continue because the Daesh threat is relentless and so will we be.”

Throughout the coronavirus pandemic, the RAF has continued to fly daily armed reconnaissance missions over Iraq and eastern Syria as part of the global coalition against IS.

On 10 April, two Typhoons carried out airstrikes with other coalition aircraft on IS terrorists occupying a group of fortified buildings in an isolated area west of the northern Iraqi city of Tuz Khurma.

The terrorists and their weapons were successfully “removed”, the MoD said.