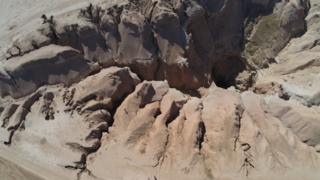 The jihadist group Islamic State used a gorge in north-eastern Syria to dump the bodies of people it had abducted or detained, Human Rights Watch says.

Researchers began an investigation after being sent a video in 2014 showing militants throwing corpses into the 50m (164ft) deep al-Hota gorge.

HRW also believes bodies continued to be dumped there following IS rule.

It wants local authorities to secure the site, remove human remains, and preserve evidence for prosecutions.

More than 20 mass graves containing thousands of bodies have been found in areas of Syria formerly held by IS.

Among those missing and believed to have been killed are activists, humanitarian workers, journalists, and residents who ran afoul of the jihadists.

IS once controlled 88,000 sq km (34,000 sq miles) of land stretching from western Syria to eastern Iraq, and imposed its brutal rule on almost eight million people. 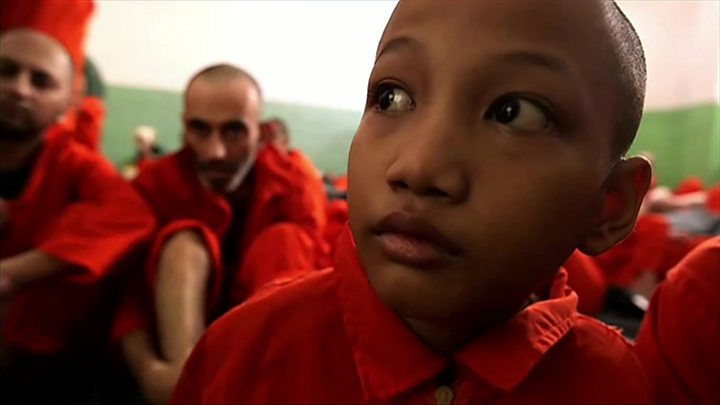 The al-Hota gorge, which is about 85km (53 miles) north of the former IS “capital” of Raqqa, is a site of spectacular natural beauty.

But when IS controlled the surrounding area between 2013 and 2015, it became “a place of horror and reckoning”, HRW Syria researcher Sara Kayyali said.

According to a report published by HRW on Monday, locals recalled that IS militants had threatened people with being thrown into al-Hota. Some said they had seen bodies scattered along the gorge’s edge.

An IS-recorded video posted on social media in 2014 also showed a group of militants throwing into the gorge the bodies of two men summarily killed by IS.

During a visit in 2018, HRW researchers flew a drone into the chasm and found six bodies floating in water at the bottom. But they concluded that, based on the state of decomposition, the bodies had been dumped there long after IS had left the area.

Geological maps and a topographic model also suggest the gorge goes deeper than the drone was able to see, so more human remains may lie below the water’s surface, according to the report.

HRW said that whoever controlled the gorge had an obligation to treat al-Hota as a crime scene, identify the missing, and investigate their deaths.

The area around al-Hota is currently held by the Turkish-backed Syrian rebel factions fighting under the banner of the Syrian National Army (SNA).

They captured the territory last year from the US-backed Syrian Democratic Forces (SDF), a Kurdish-led militia alliance that drove IS out of north-eastern Syria.