BAGHDAD (Reuters) – When teenager Hamid Saeed’s family saw videos circulating on social media last week showing him being abused by Iraqi security forces, they hoped he was still alive, having looked for him in vain since he disappeared 10 weeks ago. 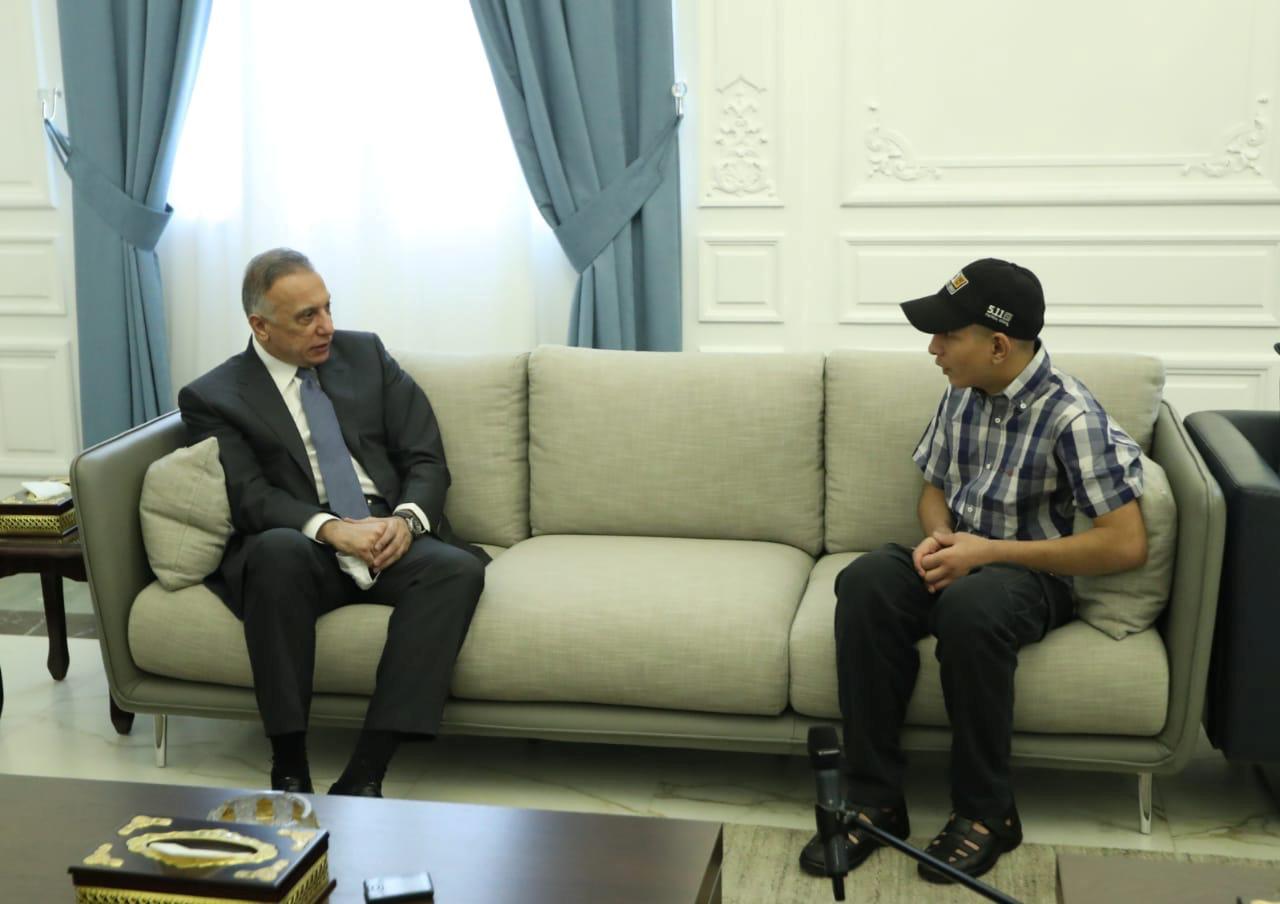 On Saturday, the 16-year-old Saeed was released from custody. On Monday, wearing a baseball cap and plaid shirt, he was received by Prime Minister Mustafa al-Kadhimi, who said those who had beaten up Saeed had been suspended from duty and referred to trial after an investigation.

Back in May, Saeed was selling water bottles and taking part in an anti-government protest on Baghdad’s Tahrir Square when a bottle fell to the ground. As he bent down to pick it up, interior ministry forces detained him, accusing him of wanting to throw stones at them, he told Reuters from his home.

Saeed said that security forces beat him up while he was briefly held, tore up his clothes and cut his hair.

He later returned to Tahrir Square but got arrested again when he got into a fight with another man who had accused him of stealing a bicycle.

He said he was then held in a Baghdad police station for about 10 weeks and not allowed to contact his family.

When videos showing Hamid being roughed up by riot police began circulating on social media a few days ago, his relatives believed the abuse happened only recently and soon found out he was in police custody.

After receiving the freed youth in his office, Kadhimi issued a statement saying those who “exploit their position in the security forces to assault (people) will only face punishment and legal prosecution”.

On Tuesday, Kadhimi sacked a senior security forces officer, a spokesman for the prime minister told a press conference.

Kadhimi’s new government has pledged to investigate the deaths and incarceration of hundreds of protesters in unrest that unseated the previous government last year.

Last week, three policemen were suspended for using their personal hunting rifles against a protest, resulting in the deaths of two demonstrators. [nL5N2F188Y]