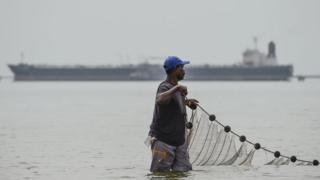 The first of five Iranian oil tankers has entered Venezuela’s waters carrying more than a million barrels of fuel.

The Iranian tankers are being escorted by the Venezuelan navy and air force.

The US, which has has imposed sanctions on both countries, says it is monitoring the convoy. Both Venezuela and Iran have warned Washington not to interfere with the delivery.

Venezuela is suffering a shortage of refined fuel, despite having the world’s largest oil reserves.

“The ships of the sister Islamic Republic of Iran are in our exclusive economic zone,” Venezuelan oil minister Tareck El Aissami wrote on Twitter after the arrival of the first tanker, named Fortune.

He thanked Iran for its solidarity, saying its actions would benefit both nations.

Both Iran and Venezuela are considered pariah states by the United States, which has imposed sanctions prohibiting trade with either country. 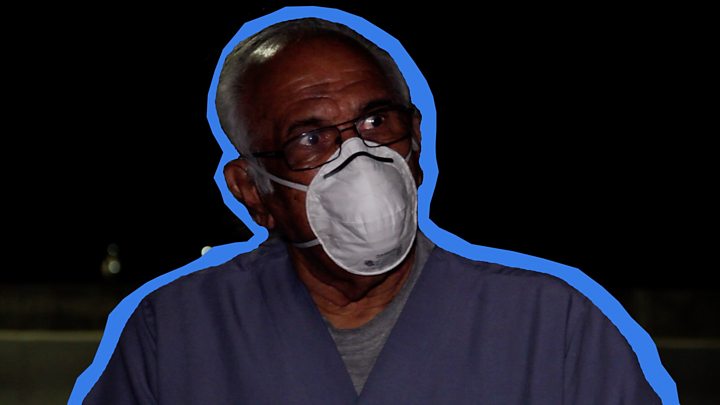 The five Iranian tankers – Fortune, Forest, Petunia, Faxon and Clavel – are carrying about 1.5m barrels of fuel and passed through the Suez Canal earlier this month, according to shipping data on Refinitiv Eikon.

On Saturday, Iran’s President Hassan Rouhani repeated a warning that the country would retaliate if the tankers were blocked.

A flotilla of US Navy and Coast Guard vessels is patrolling the Caribbean Sea on a mission to counter illicit drug trafficking. But US officials have not announced any plan to stop the Iranian tankers.

The US reinstated economic sanctions on Iran after President Donald Trump abandoned a landmark nuclear deal in May 2018.

Meanwhile, its sanctions on Venezuela are aimed at increasing pressure on President Nicolás Maduro to step down. The US recognises opposition leader Juan Guaidó as the country’s legitimate leader.

Venezuela has been mired in a political and economic crisis for years. Inflation hit 800,000% last year and 4.8 million people have fled the country.

Its problems have been exacerbated by a recent drop in world oil prices as well as the coronavirus pandemic.

For months, Venezuela’s government has circumvented a long list of refinery problems – including power failures and accidents – by delivering crude oil in exchange for gasoline to its customers, mainly the Russian company Rosneft.

But the Trump Administration launched two rounds of sanctions in February and March against Rosneft affiliates for trading Venezuelan crude in international markets.

Since then, petrol has had to be strictly rationed, with people queuing up through the night to fill up no more than 30 litres.