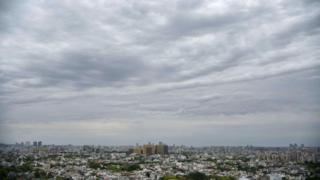 India’s CO2 emissions have fallen for the first time in four decades – and not just as a result of the country’s coronavirus lockdown.

Falling electricity use and competition from renewables had weakened the demand for fossil fuels even before the coronavirus hit, according to analysis by the environmental website, Carbon Brief. However, it was the sudden nationwide lockdown in March that finally tipped the country’s 37-year emissions growth trend into reverse.

The study finds that Indian carbon dioxide emissions fell 15% in March, and are likely to have fallen by 30% in April.

Virtually all of the drop-off in power demand has been borne by coal-fired generators, which explains why the emissions reductions have been so dramatic. 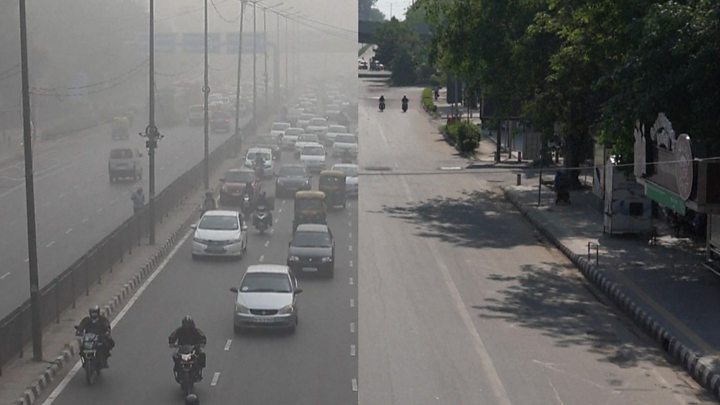 Coal-fired power generation was down 15% in March and 31% in the first three weeks of April, according to daily data from the Indian national grid.

But even before India’s sudden coronavirus lockdown, the demand for coal was weakening.

The study finds that in the fiscal year ending March 2020, coal deliveries were down by around 2%, a small but significant reduction when set against the trend – an increase in thermal power generation of 7.5% a year set over the previous decade.

It has been slowing since early 2019.

And, once again, the trend has been compounded by the impact of the Covid-19 lockdown measures on the transport industry.

Meanwhile, the supply of energy from renewables has increased over the year and has held up since the pandemic struck.

This resilience the renewables energy sector shows in the face of the sudden reduction in demand caused by coronavirus is not confined to India.

According to figures published by the International Energy Agency (IEA) at the end of April, the world’s use of coal was down 8% in the first quarter of the year.

By contrast, wind and solar power saw a slight uptick in demand internationally.

A key reason that coal has taken the brunt of the fall in electricity demand is that it cost more to run on a day-to-day basis.

Once you have installed a solar panel or a wind turbine, operating costs are very low and, therefore, tend to get priority on electricity grids.

Thermal power stations – those powered by coal, gas or oil – by contrast, require you to buy fuel in order to generate power.

But analysts warn that the decline in fossil fuel use may not last.

They say when the pandemic subsides, there is a risk that emissions will soar again as countries attempt to kick-start their economies.

The US has already started to relax environmental regulations and the fear is other nations could follow suit.

However, the analysis from Carbon Brief suggests there are reasons to think India could buck this trend.

The coronavirus crisis has brought the long-brewing financial troubles in the Indian coal sector to a head, and the Indian government is finalising a relief package which could top 900bn rupees ($12bn; £9.6bn).

But, at the same time, the government is talking about supporting renewable energy as part of the recovery.

Renewables have the economic edge in India, offering far cheaper electricity than coal.

The report claims that new solar capacity can cost as little 2.55 rupees per kilowatt hour, while the average cost for electricity generated from coal is 3.38 rupees per hour.

Investing in renewables is also consistent with the country’s National Clean Air Programme, launched in 2019.

Environmentalists hope the clean air and clear skies Indians have enjoyed since lockdown will increase public pressure on the government to clean up the power sector and improve air quality.