CARACAS (Reuters) – As coronavirus explodes across Latin America, Venezuela’s leaders have taken to the airwaves to laud the nation’s efforts to control the spread. 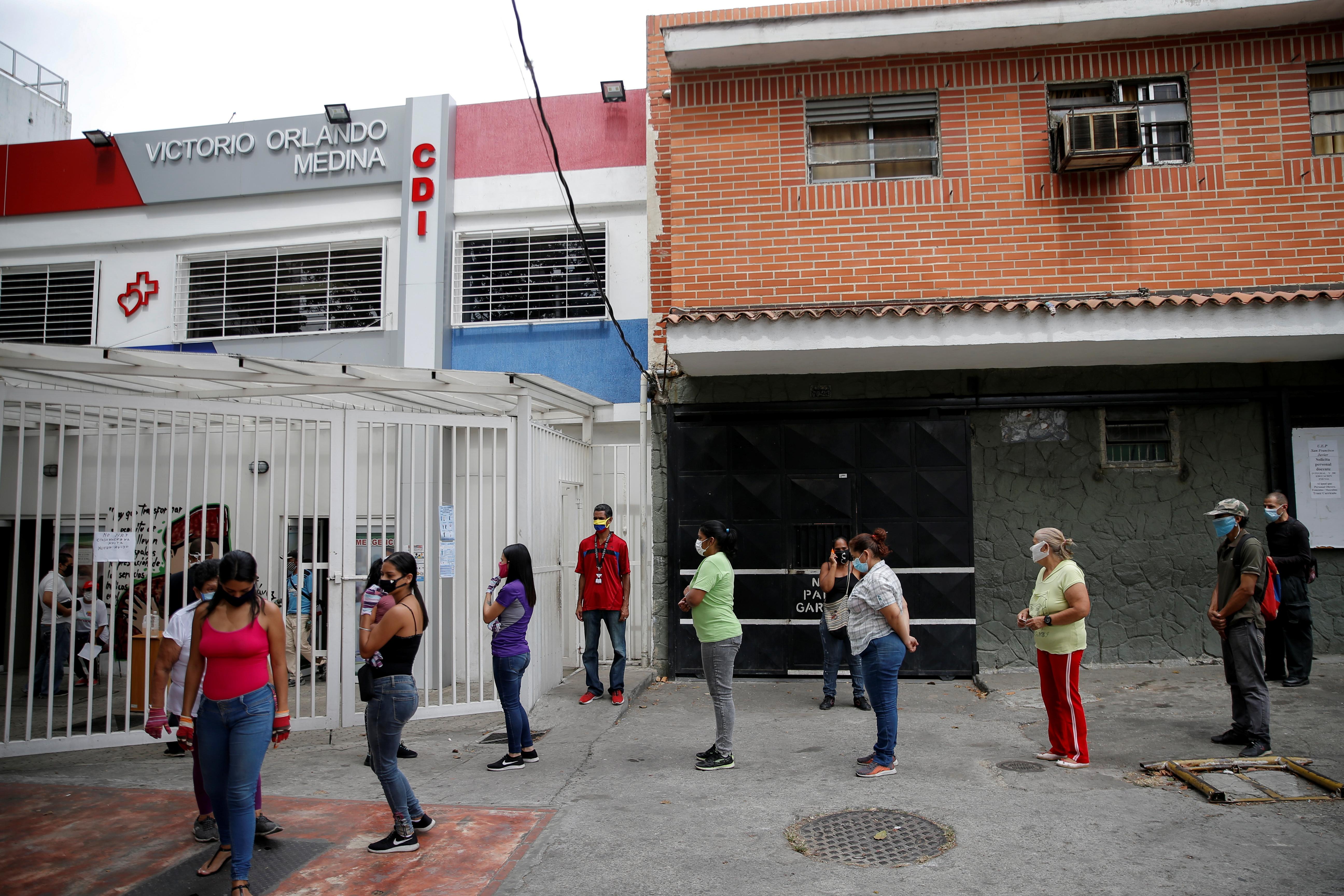 Since it confirmed its first case on March 13, the socialist government says it has performed almost 270,000 tests and is carrying out 25,000 more a day. Caracas claims that robust testing, along with tough lockdown measures, have given Venezuela one of the lowest incidences of coronavirus in the world – just 204 reported cases and 9 deaths in a country of 29 million people.

The exemplary performance touted by Maduro bears little relation to what some public health workers told Reuters they are seeing on the ground in Venezuela. They said the nation’s rickety health care system, where some hospitals lack basics like soap and running water, is ill-prepared to confront the deadly pandemic. Coronavirus has infected more than 2 million people worldwide and killed more than 138,000.

Reuters spoke with nine senior medical workers and advisors involved in Venezuela’s national coronavirus response, as well as a dozen doctors working in facilities in seven of the country’s largest states. All requested anonymity for fear of reprisals.

They described a nationwide testing program that is dependent on a single, overstretched Caracas lab to verify positive test results obtained from 500,000 rapid test kits being deployed in the field. Only positive tests certified by that public facility – the National Institute of Hygiene – are included in the government’s official coronavirus case count, the people said.

The fast blood tests, which were donated by the Chinese government and give results within 15 minutes, have allowed Maduro’s government to claim widespread testing, the people said. But they said the Institute can’t keep pace with the retesting workload, creating a backlog that has kept Venezuela’s coronavirus case count artificially low.

The once-vaunted Institute, hobbled by aging equipment and a shortage of trained staff, can test a maximum of 100 samples per day, according to four of the people with knowledge of the facility. They said the lab performs the type of molecular tests recommended by the World Health Organization (WHO) to scan nasal sputum for the virus, and which are considered more reliable than the rapid blood tests.

In contrast, in neighboring Colombia, the national health institute there said it has carried out more than 52,000 molecular tests across 38 labs nationwide, averaging about 2,550 tests daily in April.

The people who spoke to Reuters said a number of other Venezuelan labs, including those at universities and private hospitals, have the ability to perform this molecular testing. They claim the government has sidelined these facilities in an effort to centralize control over testing as well as the flow of information about infections.

Muro said in a March news conference that “no other public or private body has the authority” to diagnose coronavirus. Venezuela’s Vice President Delcy Rodriguez said in early March that the Institute was “prepared to carry out all tests necessary.”

(For a graphic on coronavirus cases worldwide, see: here)

‘WE NEVER KNOW THE REAL FIGURES’

When the Institute completes a molecular test, it sends the result directly to a presidential commission led by Maduro’s top aides and generals, the body in charge of issuing public updates on COVID-19 cases in Venezuela, according to a person advising that commission and the four people familiar with the Institute’s operations.

They said the lack of transparency on case counts and fatalities means even top public health officials don’t know how far or how fast the virus is spreading in Venezuela. Authorities have detained medical workers and opposition politicians who publicly criticized the readiness of their local hospitals.

“They are keeping this information very close, and we never know the real figures,” said a senior medical worker at a top Caracas health body. “But you can’t cover the sun with a single finger, and this will reach a point when they can’t hide it.”

In addition, eight of the medical workers who spoke to Reuters claim politics plays a role in distribution of the rapid tests. They said the government is prioritizing the issuance of the rapid tests to Socialist Party health clinics operated by Maduro loyalists and staffed by doctors on loan from Cuba.

Reuters was not able to independently verify where all the rapid tests are being shipped.

Caracas’ University Hospital, the public medical center considered to have the most experienced staff in the country, had received just 20 kits as of April 10, two health workers told Reuters. The hospital’s director, Earle Siso, did not respond to phone calls and messages.

A surge in coronavirus cases would easily overwhelm Venezuela’s public health care system, which is on the verge of collapse, thanks to a shattered economy and what critics say is years of mismanagement – a claim the Maduro government denies.

Public hospitals possess only 80 intensive care beds for the entire country, some senior doctors told Reuters. The government has given varying figures: In March, Information Minister Jorge Rodriguez said it had 1,200 beds; on Monday, Maduro put the number at 4,800.

Many countries worldwide have seen their COVID-19 cases grow rapidly, particularly populous nations that are testing aggressively. Venezuela has reported an uptick of only a few additional cases each day since confirming its first infection.

Maduro imposed a nationwide quarantine on March 17, ordering people to stay at home and nonessential businesses to close. Still, people in poor Caracas neighborhoods are flouting the lockdown to search for food and supplies in crowded markets.

Venezuela was once at the forefront of healthcare in the developing world.

In 1961, the WHO certified that Venezuela had all but eradicated malaria, the first tropical country to do so. University Hospital physicians and Institute of Hygiene researchers were regarded as some of the finest in Latin America.

By the time Venezuela’s economy imploded under Maduro, who took over in 2013 upon Chavez’s death, there had been an exodus of top talent from the Institute, medical workers familiar with the situation told Reuters.

The current virology team consists of three technicians, down from about 20 before the economic slump, the people said. Working on aging equipment, they detect the coronavirus’s genetic fingerprint using a technique called real time RT-PCR. They use samples taken from swabs inserted into patients’ noses and throats.

The technicians conduct original testing on samples sent from medical facilities around the country, and also retest samples from the Chinese rapid tests to confirm the diagnosis. Two of the medical workers said the Institute had the capacity to test only a tenth of the samples received each day.

Widespread fuel shortages have prevented hospitals around the country from getting swabs to the Institute within the two-day to three-day window for an accurate diagnosis, according to the doctors who spoke with Reuters.

The government, they said, has leaned heavily on the rapid tests from China, but distribution of those tests is uneven.

In western Tachira state, the opposition-run state government told Reuters it has not received a single rapid test. To the north, in Zulia state, doctors there said local pro-Maduro authorities were only testing state employees. Out of 70,000 rapid tests the Zulia government says it has received, just 400 were sent to the state’s largest hospital, according to a senior health worker there.

Representatives for the Maduro government’s appointee to run the Socialist Party’s affairs in Tachira, Freddy Bernal, did not respond to requests for comment. A spokesman for Zulia’s governor, Omar Prieto, said the rapid tests were available in all medical centers.

In the western Caracas barrio of Lidice, there is no shortage of tests at the Victorio Orlando Medina clinic, a Socialist Party medical facility. Its Cuban director, Gissell Enriquez, said the government had provided staff with 600 rapid tests, and the clinic is carrying out about 50 tests each day.

“If we run out, we can just ask the Health Ministry for more,” Enriquez said.

The clinic has been dispatching teams of Cuban medical workers on foot into the surrounding area to track down residents who had reported potential COVID-19 symptoms on a state-run website, Enriquez said. Wearing fabric masks, and no gloves or eye protection, the doctors recently went door-to-door through densely populated housing projects to question locals.

Anyone complaining of a bad cough or a fever is sent to the clinic for a rapid test, doctors at the facility said.

When Reuters visited the clinic on April 8, it had registered one positive case – an asymptomatic man in his 30s who had been in contact with people who had fallen ill with flu-like symptoms after traveling abroad. Enriquez said the patient was isolated in a ward there after arriving the week before. She said the clinic had been waiting several days for a motor-bike to take his sample to the Institute for the mandatory review. 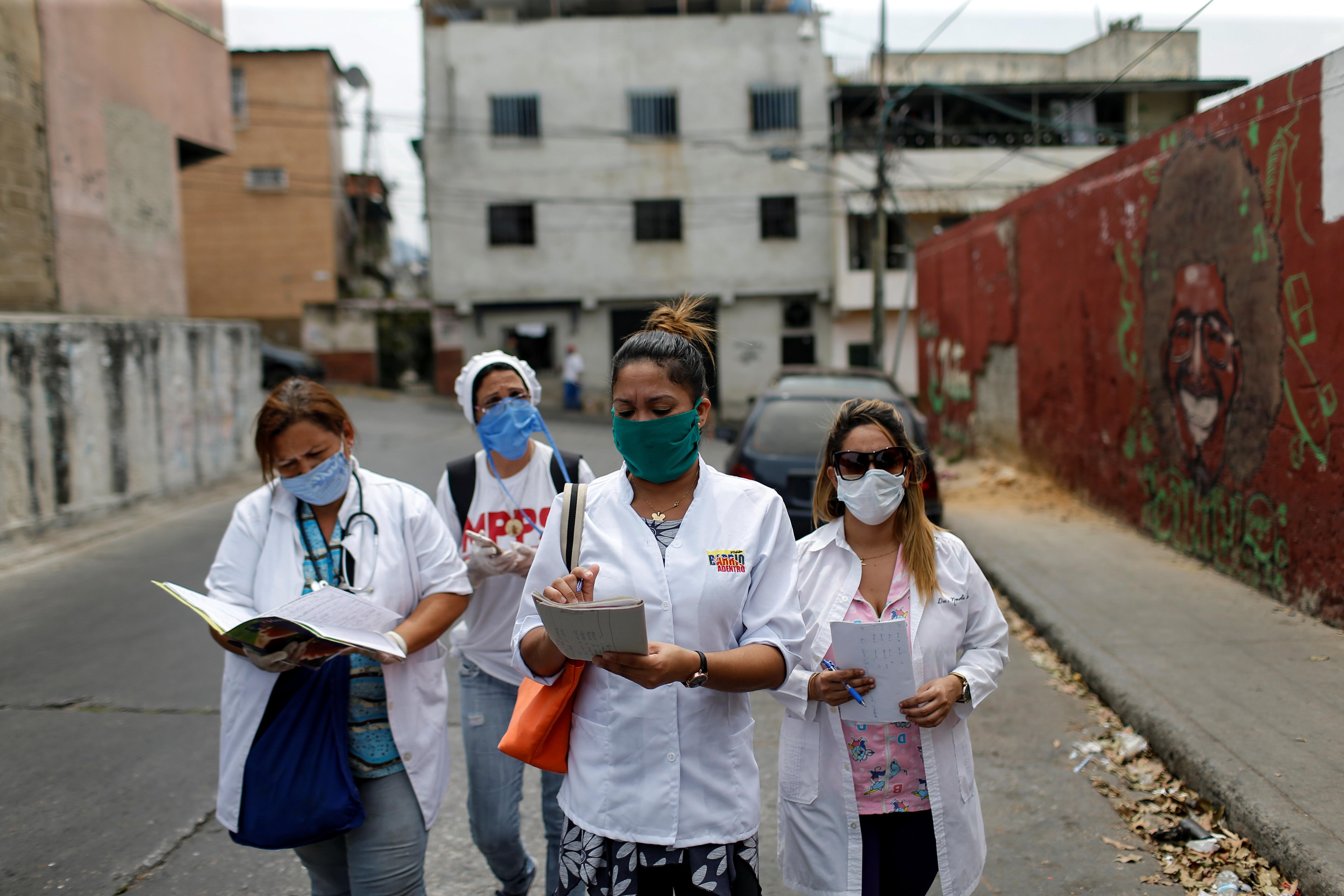 Reached on Thursday, Enriquez said the retest came back negative and that the patient was discharged after spending 14 days in quarantine.

She said the grassroots healthcare practiced at Socialist Party facilities such as hers has been key in limiting the spread of coronavirus.

“We’re the most accessible to the population, especially to the most vulnerable,” she said.