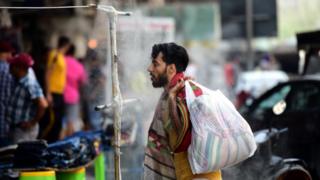 Iraqis have been struggling to keep cool as a heatwave continues across much of the Middle East.

The temperature in the capital Baghdad reportedly approached 52C on Tuesday, one of the highest the city has ever seen.

The heat is said to have remained above 51C on Wednesday.

Many people stayed indoors, with some in central Baghdad seeking respite under an improvised shower. 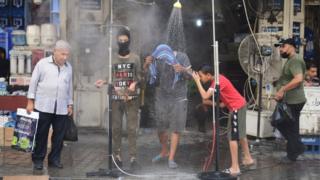 But the extreme heat has put even greater pressure on the country’s already strained public resources. 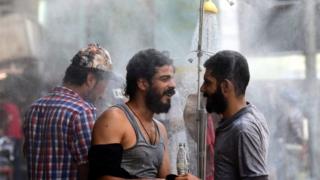 Electricity cuts have left many people in Baghdad reliant on generators to keep fans and air conditioners running.

The situation has led to widespread anger, with renewed protests taking place earlier this week. 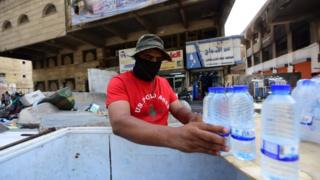 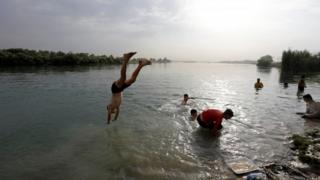 At least two demonstrators died on Monday, with the Iraqi High Commission for Human Rights reporting that more than 20 people were killed by security forces. 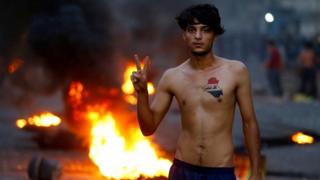 The country has also been affected by a drop in oil prices since the coronavirus pandemic began.

The pandemic has resulted in more than 118,000 cases and 4,603 deaths in Iraq, according to figures from Johns Hopkins University. 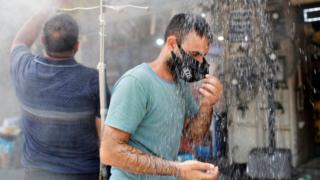 All photos subject to copyright.