PARIS (Reuters) – In late February, as the COVID-19 pandemic was about to hit, French President Emmanuel Macron faced a critical decision. Like most countries, France did not have enough protective face masks. 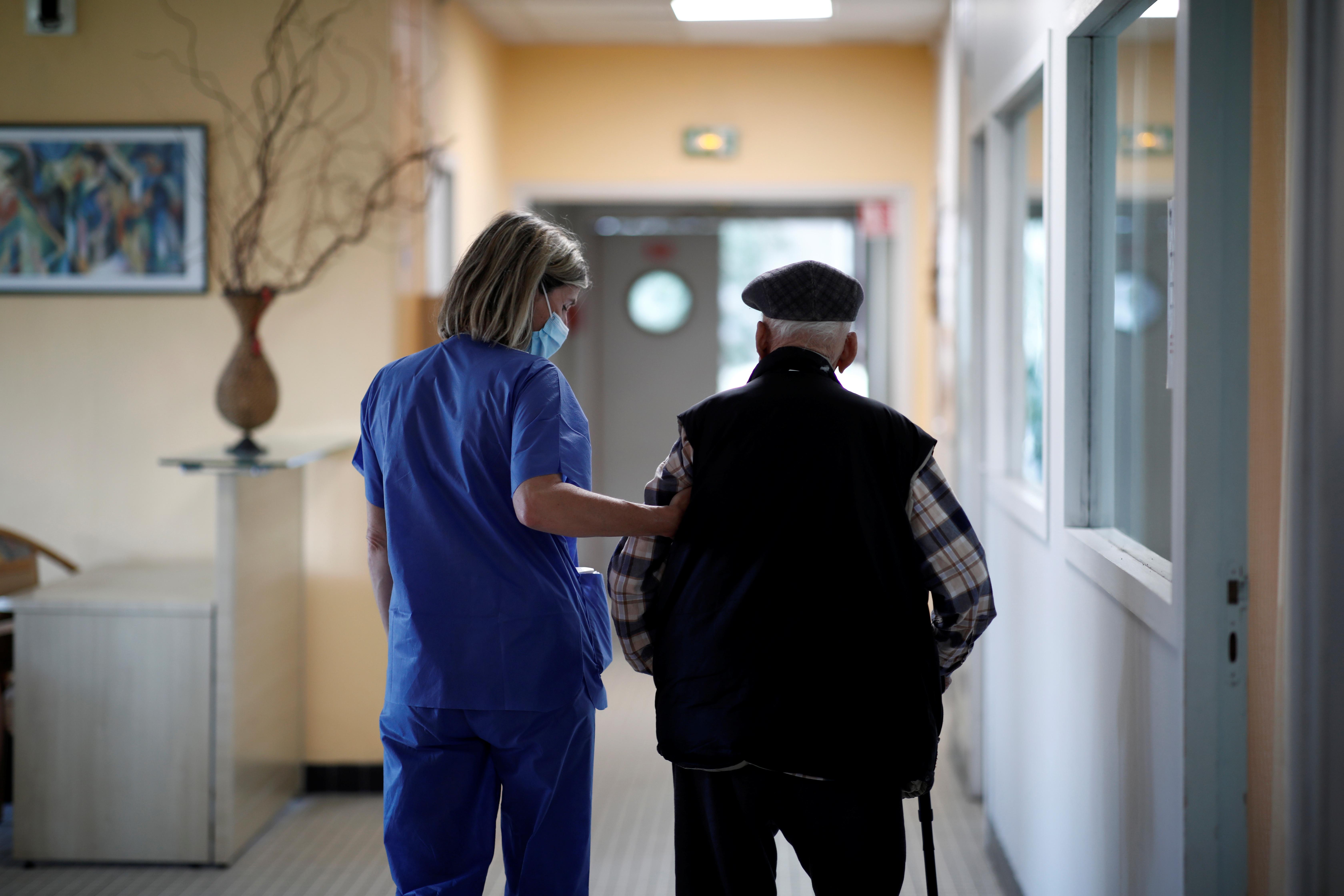 His response was to intervene. By decree, his government put the state in control of all stocks of masks on French territory. Officials were to distribute them to frontline healthcare workers.

Macron’s far-reaching step was unique among major European states. The decree eventually helped channel protective equipment to those most at risk, such as the elderly and people with underlying chronic health conditions, people in the sector told Reuters.

But for some, including hundreds of France’s retirement homes, it meant that mask deliveries from private suppliers failed to arrive as expected. As a result, homes with low stocks operated for around 10 days without supplies, a Reuters examination found.

COVID-19, the disease caused by the new coronavirus, has triggered a global shortage of protective equipment; some world leaders now face criticism for not doing enough in the face of the epidemic.

The experience in France underscores how, confronted with the deadly new virus and sparse resources with which to tackle it, even governments that have acted forcefully can face limits and unintended consequences to their interventions.

Thirty minutes’ drive from the centre of Paris, the state-owned Emile Gerard retirement home had placed orders with its usual suppliers for 1,700 protective masks in late February and early March for the 240-bed facility, said interim manager Elsa Nicoise.

Those orders went unfulfilled. Her two suppliers told Nicoise that the equipment she ordered had been requisitioned by the government, she said.

With only meagre stocks in reserve, she had to ration masks. “We handed them out parsimoniously,” said Nicoise. Seven residents have died with the virus. At least seven staff have tested positive for COVID-19.

Emile Gerard was one of many homes affected. The requisition decree disrupted supplies of tens of thousands of masks to retirement homes – which in total accommodate around 1 million residents – just as the virus was starting to spread among the vulnerable and elderly. That conclusion is based on interviews with four medical supplies distribution firms whose customers include more than 4,000 medical establishments, two nursing home industry representatives, two nursing home bosses, and a trade union official.

The government never physically requisitioned stocks of masks, but producers and suppliers who wanted to avoid violating the decree stopped shipping them to customers. Most didn’t resume regular deliveries until late March.

Reuters found no evidence of a direct link between the requisition policy and the deaths of any particular nursing home residents. People in the French nursing home sector say their protective equipment supplies are now adequate.

But Jean-Pierre Riso, head of FNADEPA, an industry group that represents retirement home bosses, believes the supply interruption exposed some residents in nursing homes across France to the virus.

“The absence of protective equipment in the first weeks of March contributed to the spread of the virus in retirement homes,” Riso said.

The French presidential administration declined to respond to questions about the mask requisition, referring to the health ministry. The ministry, in a statement to Reuters, said its order was aimed at preventing market speculation and directing supplies where they were most needed. It said it never seized supplies or insisted that all masks be supplied exclusively to the state, and whenever it became aware of a shortage, it acted to fix that.

The ministry said, however, stocks of masks had initially been frozen – it did not say who by – and that nursing homes at the start of the crisis were worried about supplies.

As of May 9, 9,737 people had died in French nursing homes with coronavirus-related illnesses, according to health ministry data. That’s just under 40% of total deaths in the outbreak as measured by the health ministry.

Macron, a 42-year-old former investment banker, became president in 2017 promising to unleash the power of the free market, changed the law to enable companies to ask staff to work longer hours, and tried to remove some pension privileges, prompting strikes and protests.

But faced by the new disease in late February, he cranked up the levers of the state, which owns and operates about half of France’s 7,400 nursing homes. All receive protective equipment through commercial companies, which also supply hospitals in France’s state-run health service.

When the outbreak erupted, France’s decade-old strategic stockpile of personal protective equipment (PPE) had gradually diminished and not been replenished.

The country was supposed to hold one billion surgical masks and 600 million filtering facepiece or FFP2 masks – also known as N95 masks, a tight-fitting design to protect the wearer from infection. But it had zero FFP2 masks and the stock of surgical masks was down to 117 million, Health Minister Olivier Veran told reporters on March 21.

In a global supply squeeze, it was suddenly clear it would not be possible to import enough masks: Macron had reached a “Rooseveltian moment,” an Elysee Palace official told Reuters, in a reference to the U.S. President Franklin D. Roosevelt, who ramped up state intervention during the Great Depression of the 1930s.

In a late February meeting, health ministry officials told representatives of big mask producers – four French manufacturers and several foreign firms – that the state would be requisitioning masks, said Franck Sarfati, director of sales with CAHPP, a firm that procures supplies and services on behalf of 4,000 medical establishments.

From then, producers became hesitant to provide supplies, Sarfati said. Under a March 3 government decree, all regular shipments stopped, and big producers were to send masks to major hospitals in each region. From there they were to be allocated to the health care workers who needed them.

But according to Sarfati, a second commercial supplier and four executives in the nursing home industry, there was a bottleneck: The centralised state supplies were going as planned to the major hospitals, but not being transferred on to the nursing homes.

With the fresh supplies blocked, the Emile Gerard home was left with a stock of 800 surgical masks and 765 FFP2 masks, said Nicoise. A local school donated another 700 masks. It was not enough. At the rate that the home was using masks now, she said, the FFP2 masks would last for several weeks, but the surgical masks would only last a few days.

Anissa Amini, an employee of the home and a trade union representative, said there were times staff caring for a resident did so without an FFP2 mask – because managers had not provided it – then discovered later the person had COVID-19.

“That’s how it spreads,” she said. Nicoise declined to comment on this point, saying she needed to know the details of any given case. She said the home had promptly implemented all safety measures and recommendations set out by the government. Emile Gerard’s suppliers did not immediately respond to comment.

Retirement homes across France found themselves unable to source new supplies during this period, suppliers and nursing homes said.

Robert Kohler, director of the La Roseliere nursing home in Kunheim, eastern France, realised on the evening of March 19 he had only three days’ supply left.  After two days of telephone calls seeking help, some businesses donated masks to the home.

Mask supplier Le Réseau Cocci said there were delivery disruptions to all the 160 nursing and retirement homes and three hospitals that it supplies. “We had a huge number of calls from hospitals and we weren’t able to give them answers,” said its boss, Ronald Monfrini.

Another supplier, Voussert, had orders for around 200,000 masks on its books for clients including dozens of nursing homes, doctors’ surgeries and clinics, said Laurent Camin, its chairman. With the requisition decree, deliveries came to a halt, affecting 1,000 customers, he said. He did not have a breakdown of how many of those were nursing homes.

“It was panic on deck,” said Florence Arnaiz-Maumé, head representative of Synerpa, a lobby group for private retirement homes, describing the mood in the first 10 days of March among the 1,800 nursing homes that are members of her organisation. She said that since then the supplies were restored and the requisition had helped.

In the Emile Gerard home, the first state-provided supplies of masks arrived on March 22, but by then the virus had already spread. Some residents would not survive the pandemic. They included Denise Pham Van, the 99-year-old widow of a World War Two veteran.

At the start of the outbreak, Denise, who suffered from dementia, was physically well, said her daughter, Monique Pham Van. As it progressed, she deteriorated. Visits were barred because of the virus, but on a Skype call, Monique Pham Van said, her mother had looked worryingly thin, and did not speak.

Within a week, Denise was on a drip and being administered oxygen. She had no fever and was not coughing – two of the symptoms of COVID-19 – and the home made an exception to the ban on visits, allowing her daughter to be at her bedside.

On April 13, Monique, wearing a mask, held her mother’s hand and talked to her as her breathing became more and more shallow. Her mother died a little before 2 a.m. the next day.

Two days after that, Denise’s family were told she had been one of those infected with COVID-19.

“I think that partly the contamination is due to this absence, this lack of equipment,” said Monique Pham Van. In the race to supply healthcare workers in France with protective gear, nursing homes, she said “were not a priority.” 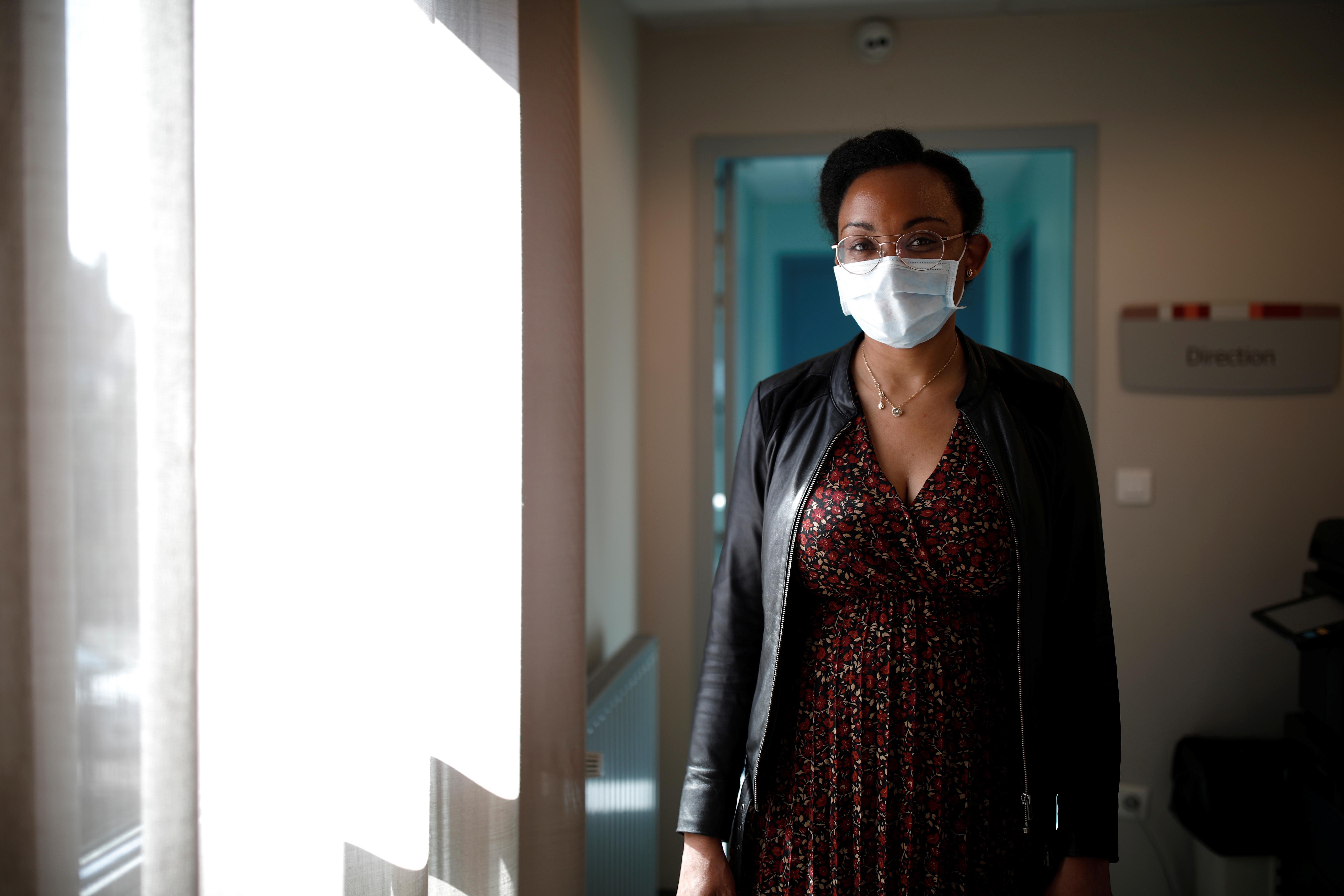 Manager Nicoise said it was difficult to make that link, given there is much scientists still don’t understand about the virus. “It’s too early to draw conclusions,” she said. “We’re still really in the thick of it. The time for analysis will come after.”

At least 11 families of nursing home residents have filed legal complaints  that identify a lack of masks and other protective gear among the alleged shortcomings in treatment during the outbreak, according to documents seen by Reuters and Fabien Arakelian, the lawyer representing  the families. He said he was preparing another 10 complaints.

The families have not specified who is the target of their complaints; their lawyer said this approach may trigger an inquiry to establish who was to blame.