A passenger ferry has run aground in Ibiza reportedly leaving 25 people injured – two seriously – including a 10-year-old boy.

Nine were airlifted from the San Gwann ferry by a helicopter after the incident happened on Saturday evening, Spain’s coastguard said in a statement. The rest were evacuated by boat.

At least 25 people were injured, according to reports. 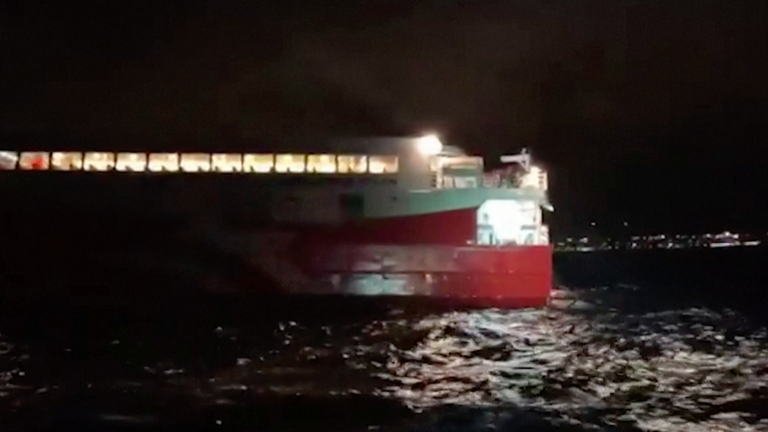 Most others are said to have suffered minor injuries.

German shipping company FRS, who runs the service between the islands of Ibiza and Formentera, said the ship left Ibiza’s port at 9.30pm on Saturday night.

It ran aground on the islet of Es Malvins while carrying 35 passengers and 12 staff.

It said: “FRS has activated its security and emergency protocols and immediately informed the authorities of the incident. At the time of the accident 35 passengers and 12 crew were on board. “After the impact the crew helped the passengers until they were all evacuated.

“FRS would like to thank Spanish coastguards who were involved in the rescue operation and the evacuation of the vessel, as well as the other institutions who have participated in the evacuation.”

The Swan Gwann, a car ferry, takes 30 minutes to complete the trip between the two islands.

On Sunday, FRS said the line was suspended because of the accident and that the “priority is the passengers and crew”.

The regional president of the Balearic Islands, Francina Armengol, said the injured were all “receiving the necessary medical attention” in a message on Twitter.

The ferry was still stuck on the rocks on Sunday. No cause for the crash was immediately given.