Huge queues of traffic were spotted on the road to the Crimean Bridge yesterday (Tuesday), with as many as 30,000 people attempting “chaotically” to leave, according to Ukrainian media. Local outlets said Russian officials had closed the bridge – which connects the peninsula annexed in 2014 with the Russian mainland – overnight due to the mass exit.

Footage from within Crimea shows a long line of unmoving traffic bearing Russian number plates on what is believed to be a road leading to the 11-mile Kerch Strait crossing.

Meanwhile, footage from Simferopol train station – in the centre of Crimea – revealed large crowds of people waiting with heavy luggage.

A railway and electric sub-station in northern Crimea were damaged in the attack, on the line running via Russian-occupied Mykolaiv.

Russian authorities within the region have reportedly said a passenger train had been halted due to damage caused by the airstrike. 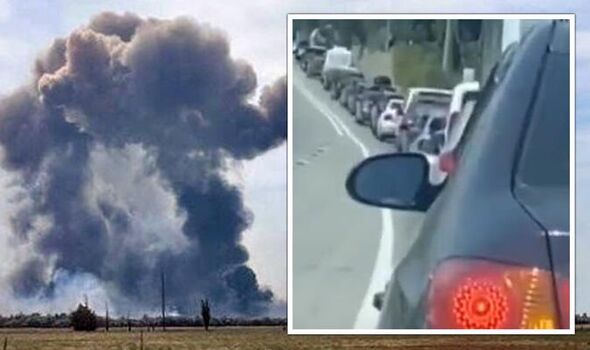 On Tuesday morning, an ammunition dump near Dzhankoi exploded, in an attack believed to be carried out by Ukrainian special forces.

Both Russian and Ukrainian officials acknowledged that the military target had exploded, but Ukraine has yet to claim responsibility for the hit.

The UK Ministry of Defence (MoD) said this morning (Wednesday) that smoke had been reported rising from near Gvardeyskoye Airbase, also in Crimea.

It said the two areas targeted “are home to two of the most important Russian military airfields” in the region, and that the rail junction “plays an important role in supplying Russia’s operations in southern Ukraine”. 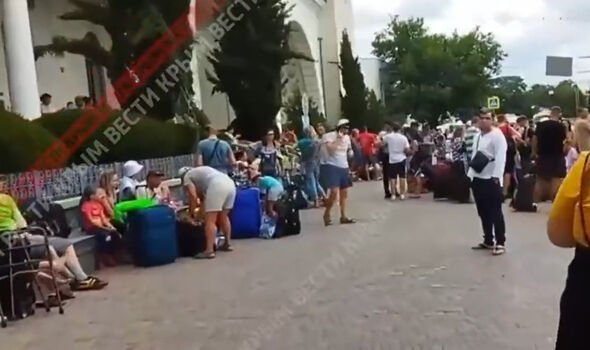 It added that “Russian commanders will highly likely be increasingly concerned with the apparent deterioration in security across Crimea, which functions as rear base area for the occupation”.

It followed an apparent airstrike on the Saki air base to the west of the peninsula on August 9, which “almost certainly” led to the detonation of four munition storage units, as well as the destruction of eight fighter jets.

As the base is used by the Russian naval fleet in the Black Sea for its aircraft, the MoD said the strikes would mean its aviation capability would be “significantly degraded”.

According to Ukrainian news outlets, eye-witnesses recalled the powerful explosion at the military base, which led to a series of detonations from ammunition stored there. 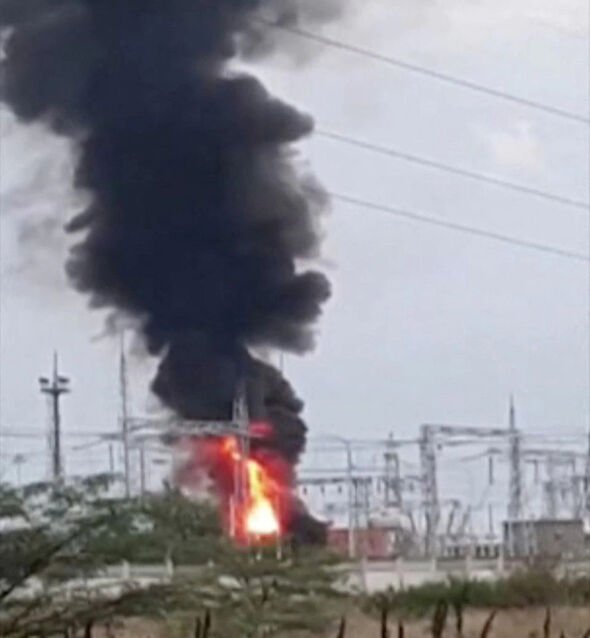 The Russian defence ministry initially claimed that the explosion had been an accident, before declaring it an act of “sabotage”. Poor safety provisions and Ukrainian guerrilla attacks by resistance fighters have been behind several explosions since the invasion began.

Tamila Tasheva, the Ukrainian President’s representative for Crimea, said in a statement: “This is how the war ‘unexpectedly’ came to Crimea.

“The occupiers and colonizers are already fleeing. Detonations in Dzhankoy district. People are hiding in basements. There are huge queues to leave Crimea.

“For six months of the large-scale war and last week, the occupation administration declared that Crimea and its people are in no danger. 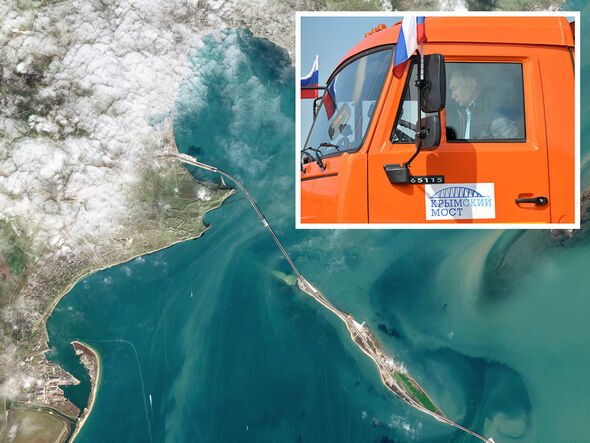 “The Ministry of Defense of the Russian Federation says again: ‘fire at an ammunition depot’… [but] people know differently.”

She told Ukrainian residents in Crimea that the armed forces would use all the tools at their disposal “to fight not only for the territory, but also for you”, exclaiming: “Next year in Bakhchisarai!”

Bakhchisarai is the historical capital of the Crimean Tartars, and is regarded as the cultural centre of Crimea. Many families that had originated there were deported by the Soviet Union during World War 2.

The Crimean Bridge – of which construction was completed in 2018, four years after Russia annexed the territory – is a massive structure that spans from Kerch, across Tuzla Island and towards the tip of Taman Bay in Russia.

It was first built as an attempt to bring Crimea closer into the Russian sphere, with Vladimir Putin himself leading the first convoy of trucks across it.

But instead of vehicles flowing into Crimea, it is now being used as a back-door escape route, and may become a heavily militarised crossing if Ukraine is successful in recapturing the peninsula.