BURNLEY, England (Reuters) – For Reuters photographer Hannah McKay, a recent trip to take pictures at a hospital in northern England required the kind of planning more typical of a foreign assignment. 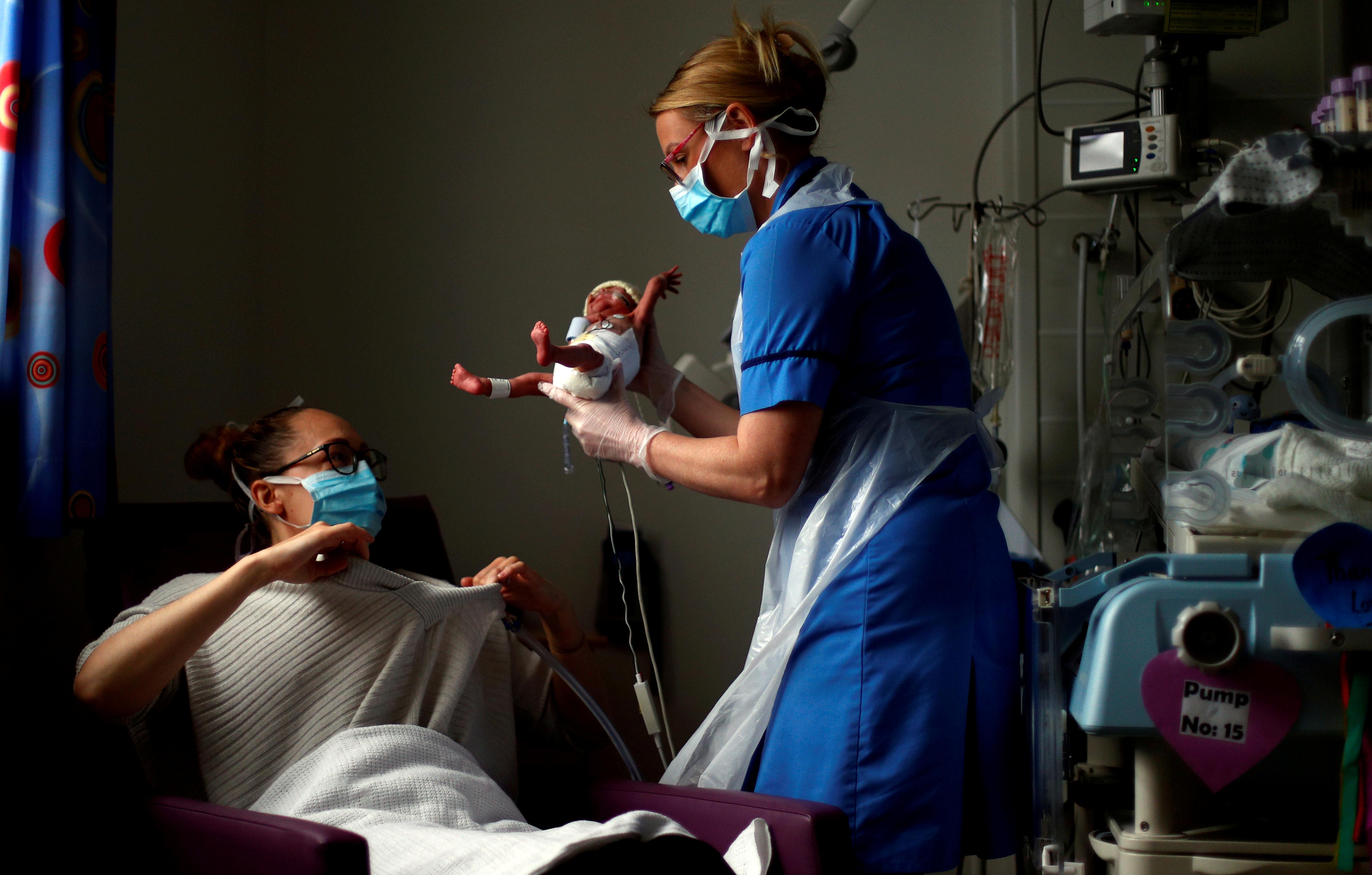 The coronavirus pandemic has brought huge changes to the way journalists work the world over, with safety a priority, access organised long in advance, travel kept to a minimum and hotels and public transport largely out of bounds.

So when London-based McKay had the opportunity to travel north to cover medical workers in the cities of Blackburn and Burnley, careful planning was essential.

She divided the six-hour journey into two parts, sleeping in a tent in her parents’ garden in Coventry before setting off the next morning. McKay and her parents found the experience strange.

Her mother cooked a curry for dinner and her parents sat on a bench in the garden while they ate, respecting social distancing rules.

After photographing medics on the frontline at the Royal Blackburn Teaching Hospital, she was offered the use of one of dozens of motorhomes in the hospital car park where doctors and nurses have been staying to reduce the risk of spreading the coronavirus.

That allowed McKay, 32, to carry on working the next day, this time in a maternity ward at Burnley General Hospital.

It was there that she took a photograph of a nurse passing a newborn baby to its mother that featured prominently in British newspapers and on online news sites.

“To get a picture I was pleased with was great,” McKay said. “I never expected it would get the kind of reaction it did.”

Before the pandemic struck, McKay had a packed summer of work ahead of her, including coverage of the Euros soccer tournament, the Wimbledon tennis championship and the Tokyo Olympics.

With all of those events off, she has been working full time in London.

“This job felt like it was my Olympics; it was the first time I had left London for ages,” she said of her trip last week. “I was so happy to be doing something normal but different.”

In Blackburn, McKay spent the day visiting as many hospital departments as possible, taking about 3,000 photographs in all.

Much of the time was spent changing in and out of protective clothing, under the close surveillance of hospital staff.

“I must have put on 20 masks throughout the day,” she said.

The following day, in the nearby city of Burnley, she met a mother whose baby Theo, who was born prematurely, was in an incubator.

Her picture captured the moment when the tiny infant, in the hands of a nurse, stretched out its limbs while the mother prepared to take him.

The mother found McKay on Instagram and said the photograph meant that friends and family, who were unable to visit her in hospital because of the coronavirus, could now see how small Theo was.

“I’m going to send a copy to her for Theo’s memory box,” McKay said.