While minors can become infected with the new coronavirus, very few have died or suffered serious symptoms. 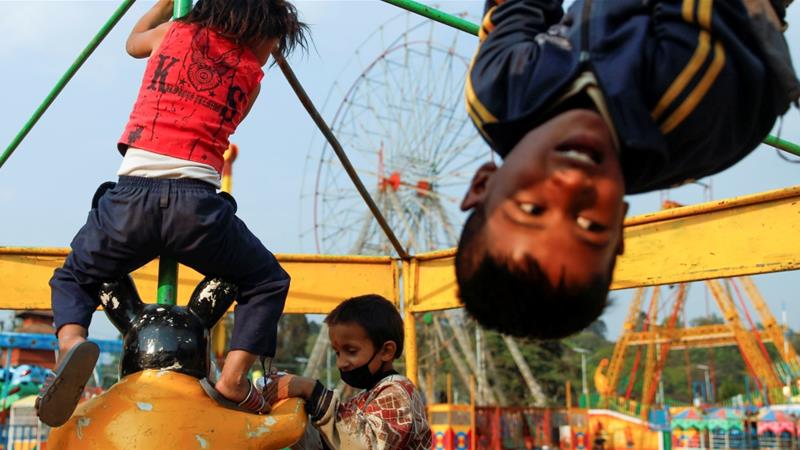 With parents and policymakers agonising over when to reopen schools as lockdowns ease, scientists are still struggling to find out how the new coronavirus affects children.

While youngsters can become infected with the new coronavirus, very few have died or suffered serious symptoms. But could they still spread contagion?

Here is what we know so far.

Are children at risk?

This is one of the few questions where there is broad agreement. Only a tiny proportion of children appear to have become seriously ill with COVID-19.

“There are three key questions: How much do children get COVID-19; how badly does it affect them; and do they spread it to others?” said Russell Viner, president of Britain’s Royal College of Paediatrics and Child Health.

“We only have good data about the second of these.”

Specialists writing for the British pediatric website Don’t Forget the Bubbles (DFTB) said in a recent roundup of international research that only around one percent of critical cases involved children, while “deaths remain extremely rare”.

Do they get infected?

The short answer is yes.

“Research indicates that children and adolescents are just as likely to become infected as any other age group and can spread the disease,” says the World Health Organization.

But this is not reflected in global official data about the virus, with many countries largely focusing their COVID-19 testing on those who have gone to hospital with severe symptoms.

France’s health agency, which has amalgamated data from a host of international studies, said paediatric cases represent between one and five percent of all officially-documented global infections.

It said this is because children catch the virus, but generally exhibit only “mild” symptoms – or no symptoms at all – meaning they go uncounted.

But other experts believe that children, especially those under the age of 10, might not be getting infected as much in the first place.

“It appears fairly convincing that children are less likely to acquire the infection than adults, by a significant amount,” said specialists Alasdair Munro and Damian Roland of DFTB.

Their conclusions were based on several international contact tracing studies that looked at how the disease spread and to whom.

They also assessed data from places that have carried out mass community-wide testing – South Korea, Iceland and the Italian principality of Vo – all of which found that the proportion of infected children was far smaller than adults.

But are they silent vectors?

This is the area of greatest uncertainty.

Initially, researchers believed they could be spreading the disease, drawing comparisons with other viruses like the flu where children help accelerate infections.

But recent studies on the new coronavirus suggest that they are less likely to transmit the virus.

In one incident, a nine-year-old was among 12 people infected in a super-spreading event at a chalet in the Haute-Savoie region of France, after a British man returned from Singapore and went on a ski holiday.

A study of the incident – one of the first major clusters of infection in France – showed that the child, who only displayed mild symptoms, came into contact with 172 people while sick.

None of them contracted COVID-19, not even the youngster’s two siblings. But the child did transmit other winter viruses, including the flu.

Children could be less infectious because they do not have as many symptoms and do not cough, French expert Arnaud Fontanet told a parliamentary hearing last week.

But a German study last month led by virologist Christian Drosten, an adviser to Chancellor Angela Merkel, concluded that children had a viral load comparable to that of adults.

They “could be as contagious”, it added.

Other scientists, including Munro, have disputed both the methodology of that study and its conclusion. On reanalysing the data, they said it might even be possible to draw the opposite conclusion – that age and viral load are correlated.

Even so, we cannot say for sure that a higher viral load makes a person more infectious.

In recent weeks, a spate of cases of children affected by an inflammatory illness resembling a rare condition called Kawasaki disease has caused alarm.

Symptoms are high fever, abdominal pain, rash and swollen glands. If untreated, patients can suffer heart failure, but those who are given medical care respond well.

A few dozen cases have been reported in New York, France, Britain, Italy and Spain, and while no link has been formally established to the new coronavirus, scientists believe it could be connected.

In an article published this week in the medical journal The Lancet, British doctors describing eight cases observed in London said it could be “a new phenomenon” affecting previously-asymptomatic children with the coronavirus “manifesting as a hyperinflammatory syndrome”.

Reports of the illness came just as several countries in Europe were mulling reopening schools, kindling fears among parents. But experts say the cases are too rare to affect policy decisions.

Should the schools open?

On this, there is much disagreement.

Authorities in Italy, which has the oldest teachers of OECD nations with almost 60 percent aged over 50, have expressed concern that reopening schools would risk infecting staff and reigniting the epidemic.

But many other countries, including Germany, Denmark and France, have prioritised reopening schools as they unwind lockdown measures.

In France, scientific estimates that it would be better to keep schools shut until September were outweighed by concerns about other social issues, particularly those facing children from troubled families.

“School can be a haven of peace,” explained Jean-Francois Delfraissy, who leads the scientific committee advising the government.

Other experts argue that the benefits of continuing education far outweigh the risks.

In a column published this week in the journal Archives of Disease in Childhood, Munro and British infectious disease specialist Saul Faust called on governments to allow children to resume lessons, regardless of underlying health conditions, and conduct detailed surveillance to monitor safety.

“Children are not COVID-19 super-spreaders: time to go back to school,” they said.