In footage released on social media, the incendiary rounds, believed to be white phosphorus, can be seen raining down in bright light against the night sky. The munitions burn at 1,500 degrees and are not supposed to be used on humans due to their tortuous effect on human flesh. Designed to be used against petrol dumps and ammo storage, since they can burn through metal, their use is banned by the Geneva convention. It is not the first time Russia have used this method of attack despite its illegality; footage released several months ago showed Putin’s forces using these munitions on the Mariupol steel plant in an attempt to force the remaining Ukrainian Azov battalion out.

Hundreds of small rounds of the incendiary munitions were captured on video pouring down onto the area in Donetsk.

As the munitions hit the ground, burning flames erupted across the area in terrifying scenes.

It is believed the attack was carried out against Ukrainian Army positions in the south of the Donbas, where the Donetsk Oblast is located.

One user on Reddit, commenting on the attack, described it as “f***cking sickening”. 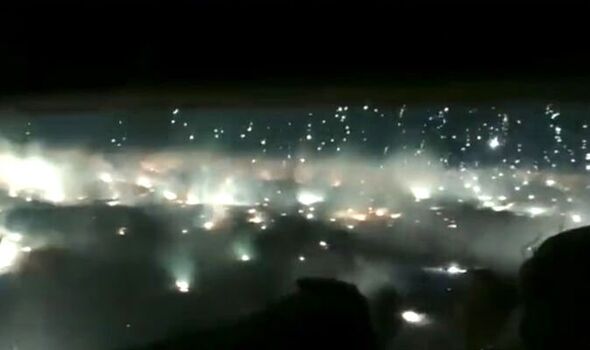 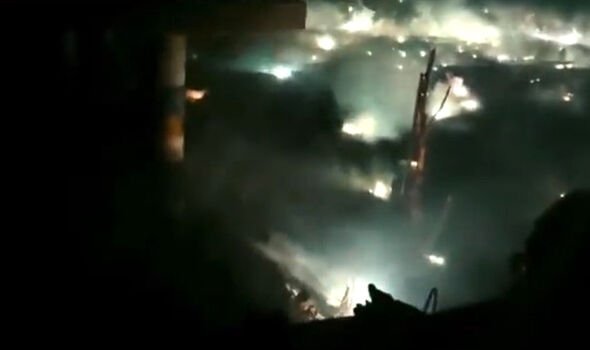 Meanwhile, Ukrainian President Volodymyr Zelensky said in a video address on Thursday that Ukrainian forces had “liberated dozens of settlements” and reclaimed 1,000 square kilometres (385 square miles) of territory in the east and south since September 1.

Mr Zelensky also posted a video in which Ukrainian soldiers said they had captured the eastern town of Balakliya near Kharkiv, the second largest city in Ukraine.

Video posted to a Ukrainian news aggregator appeared to show the Russians had left behind trucks, artillery, and ammunition.

Vitaly Ganchev, a pro-Russian official, told Russian state television that Russian forces had fought off a Ukrainian attempt to encircle and capture Balakliya, which he said remained in Russian hands. 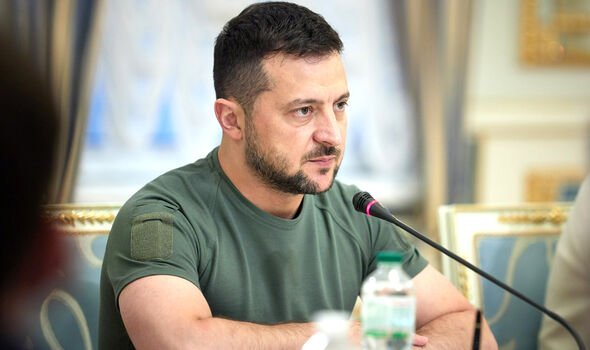 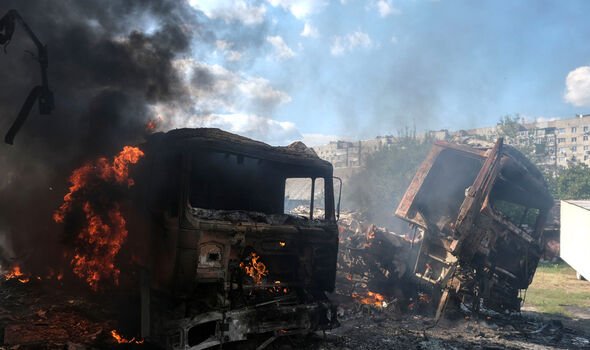 Earlier, Ukrainian Brigadier General Oleksiy Gromov said troops had advanced up to 50 km (30 miles) behind Russian lines and recaptured more than 20 villages in the Kharkiv region.

The Ukrainian military said early on Friday Russian forces were trying to evacuate wounded personnel and damaged military equipment in the areas of Vilkhuvatka village, southwest of Kharkiv, and Borodyansky, to the southeast.

US secretary of state Antony Blinken said Ukrainian forces were making progress and he pledged US support for “as long as it takes”.

“We did get a comprehensive update on the counteroffensive and, again, it’s very early but we’re seeing clear and real progress on the ground, particularly around Kherson, but also some interesting developments in the Donbas in the east,” Mr Blinken told reporters before leaving Kyiv. 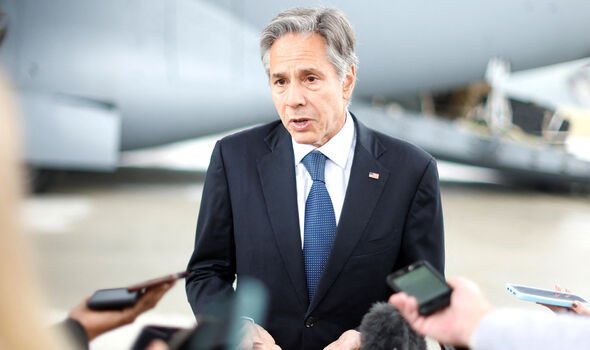 If the gains are confirmed and held, they would be a serious blow for Russia, which Western intelligence services say has suffered huge casualties.

The gains would also represent a big boost for Ukraine, which is keen to show its Western backers that it can turn the tide in the conflict and deserves more of their support.

This week’s surprise counteroffensive in the Kharkiv region saw Ukrainian forces make a sudden and deep thrust behind Russian lines.

Ukraine has for weeks been talking about a big counteroffensive in the south around Kherson. Western military analysts believe Russia may have left itself exposed in other areas as it rushed to reinforce the south. Ukrainian presidential adviser Oleksiy Arestovych underscored that possibility.