HONG KONG (Reuters) – The owner of a children’s clothes shop in Hong Kong has refused a request from his landlord to remove a statue celebrating anti-government protests saying he wanted to teach children about democracy and he was not violating his lease agreement. 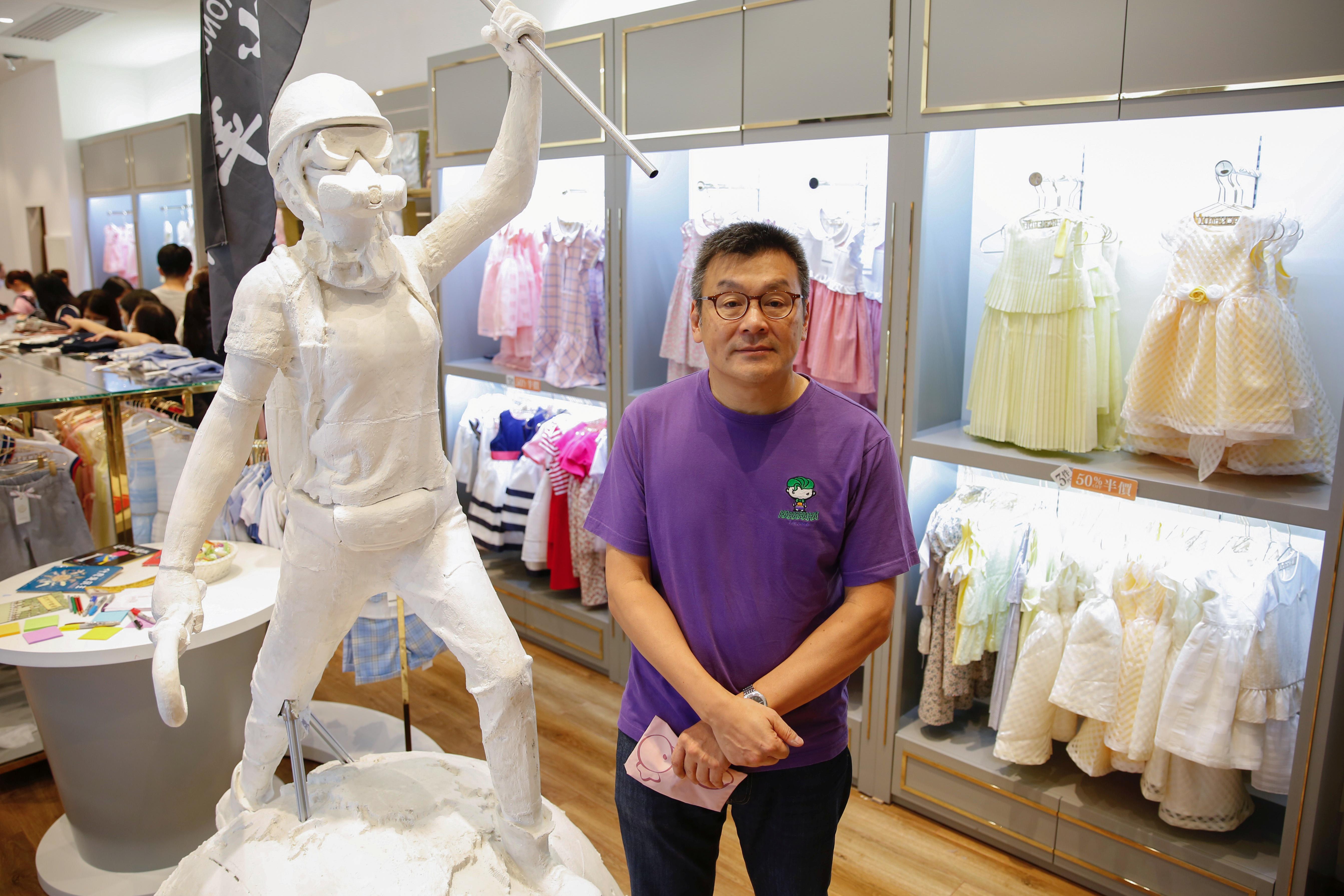 Pro-democracy protests that started a year ago have generated widespread enthusiastic support, as well as staunch opposition, in the Chinese-ruled city and there is growing concern businesses are coming under pressure to distance themselves from the movement.

The life-sized, white statue is of a silhouetted protester with a helmet, gas mask and goggles, holding an umbrella in one hand and a black flag reading “Liberate Hong Kong, revolution of our times!” in the other.

Herbert Chow, the 56-year-old owner of Chickeeduck, which has 13 shops across the former British colony, said he will meet the landlord on Friday to discuss the statue in one of his shops, and hoped to renew his lease, which expires this month.

“The revolution that we need now is the persistent fight for … the freedom of speech, press, expression and creativity, and not to have to put up with anything that you think is unjust,” Chow told Reuters in his shop in a suburban mall.

“We will not remove it,” Chow said in response, referring to the statue.

In a letter circulated online and verified by Reuters, the landlord, Discovery Park Commercial Services Ltd, cited a contract clause that said decorations needed approval and holding “an exhibition” without a licence may be in breach of the law and going beyond the purpose of the tenancy.

Discovery Park is a managing company for the shopping mall owned by New World Development, one of Hong Kong’s biggest developers.

“We have a duty to keep smooth people flow, public safety and order and ensure that all activities on the premises comply with the law,” the company said in a statement.

“In the absence of a written approval from the mall, we have requested they remove the statue as soon as possible,” it said.

Chow said the statue was “a display item” and could not be described as an exhibition as he was not earning money from it.

“I’ve never seen in 30 years of retail experience landlords choosing not to renew because of political reasons,” he said. 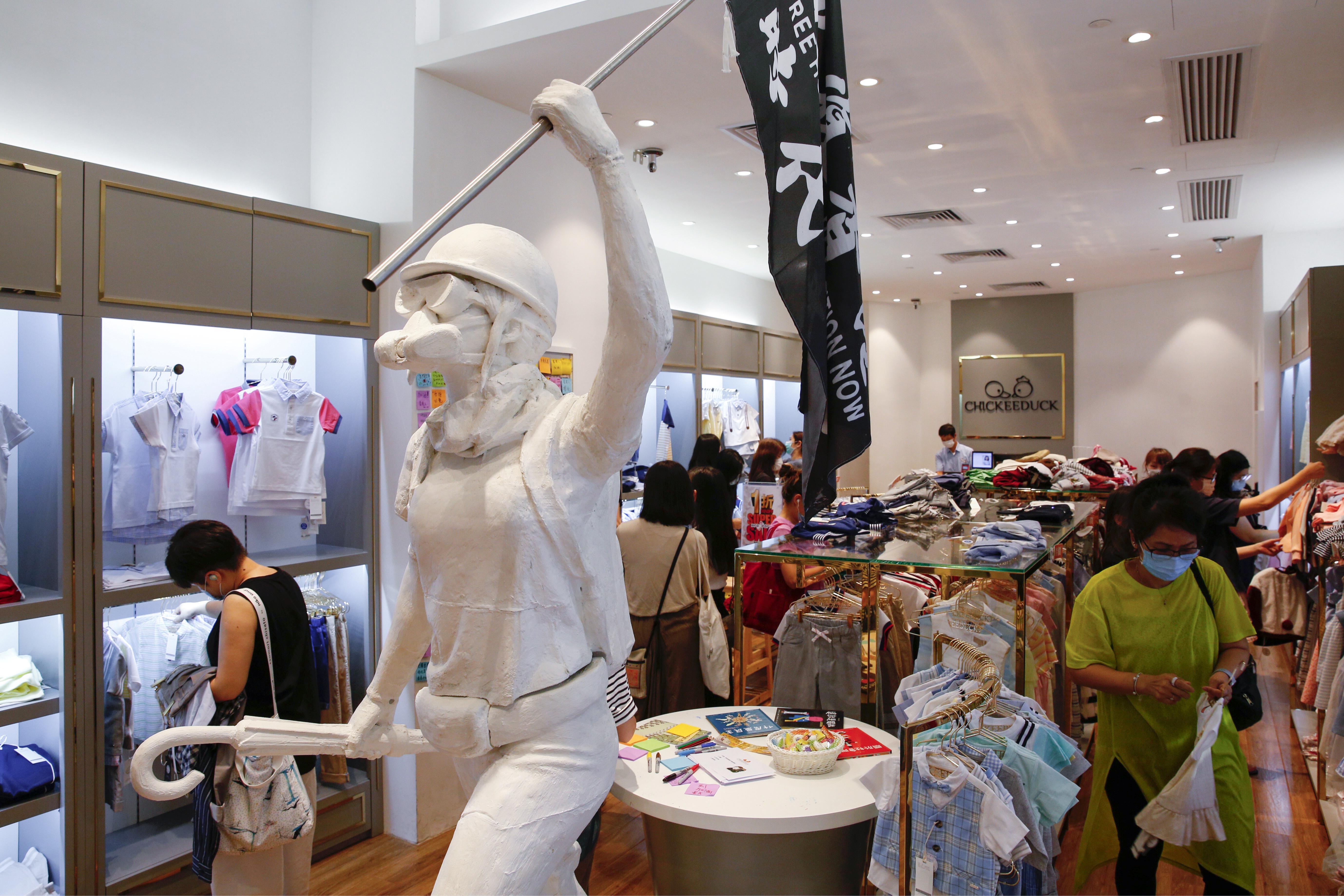 “I think it’s first class, nicely executed and aesthetically very suitable. I was actually going to do a tour with it in my stores.”

Many customers said they came to show their support, and give Chickeeduck their custom.

“I don’t want him to be suppressed,” said Natalie Lau, 42, shopping for her 9-year-old daughter.