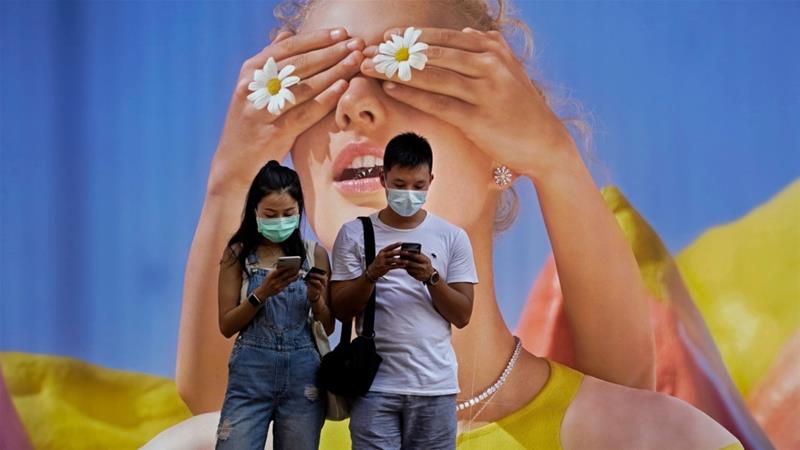 Hong Kong’s leader Carrie Lam has warned the city is on the brink of a “large-scale” coronavirus outbreak that could overwhelm hospitals, urging people to stay indoors as much as possible as strict new measures to curb the disease’s spread have taken effect.

From Wednesday, all residents in the densely packed city of 7.5 million must wear masks when they leave their homes while restaurants can only serve take-out meals.

No more than two people from different households can gather in public with fines of up to 5,000 Hong Kong dollars ($625) for those who breach the new rules, which mark the toughest introduced in the city since its outbreak began.

The government has also tightened testing and quarantine arrangements for sea and aircrew members.

The new rules, which will remain in place for at least seven days, came after a sudden surge in new infections. More than 1,000 cases have been confirmed since early July – more than 40 percent of the total since the virus first hit the city in late January. 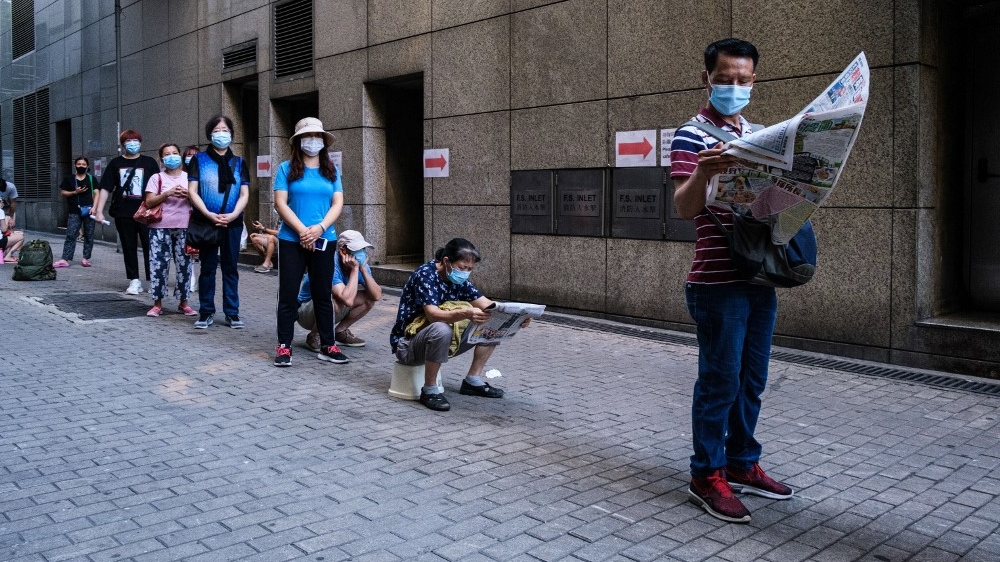 New daily cases have been above 100 for the last six days.

“We are on the verge of a large-scale community outbreak, which may lead to a collapse of our hospital system and cost lives, especially of the elderly,” Lam said in a statement.

“In order to protect our loved ones, our healthcare staff and Hong Kong, I appeal to you to follow strictly the social distancing measures and stay at home as far as possible.”

Hong Kong was one of the first places hit by the coronavirus after it was detected in mainland China at the start of the year. The city initially had remarkable success in controlling the outbreak – helped in part by a health-conscious public embracing face masks and an efficient track-and-trace programme, forged in the fires of the deadly SARS virus in 2003.

By June, local transmission had all but ended.

With the virus’s return, health officials have been scrambling to uncover the source of the outbreak.

Some have blamed exemptions from the usual 14-day quarantine which the government granted to “essential personnel”, including cross-boundary truck drivers, air and sea crew and some manufacturing executives.

The government has since tightened restrictions for some of those groups, and announced plans to build a temporary 2,000-bed field hospital near the airport, something Chinese authorities have offered to help with.

Since late January, more than 2,880 people have been infected in Hong Kong, and 23 have died.