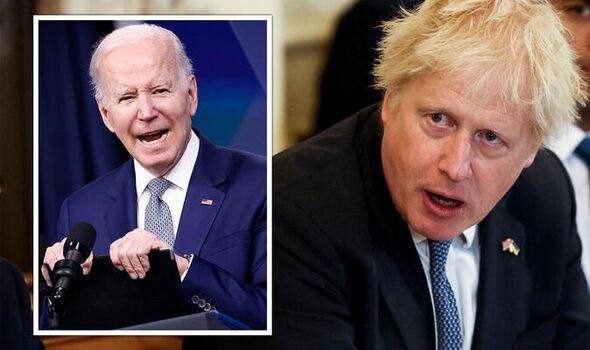 The Democrat House of Representatives leader took to Twitter today to voice her concern over UK plans to “unilaterally discard the Northern Ireland Protocol” designed to preserve “progress and stability” established by the 1998 accords.

Any interference could see the US government refuse to enter a hotly pursued bilateral trade deal.

Ms Pelosi said she has told the Prime Minister, Foreign Secretary and “Members of the House of Commons” that Congress “cannot and will not” sponsor the agreement if the officials damage the peace process in Northern Ireland.

The US is a signatory to and guarantor of the Good Friday Agreement and is responsible for ensuring the UK Government upholds its principles.

The Government, however, has insisted unilateral action will help strengthen the peace process, with the DUP refusing to join power-sharing agreements until the protocol is deactivated.