Several officials are accused of conspiring to defraud state funds during the coronavirus pandemic. 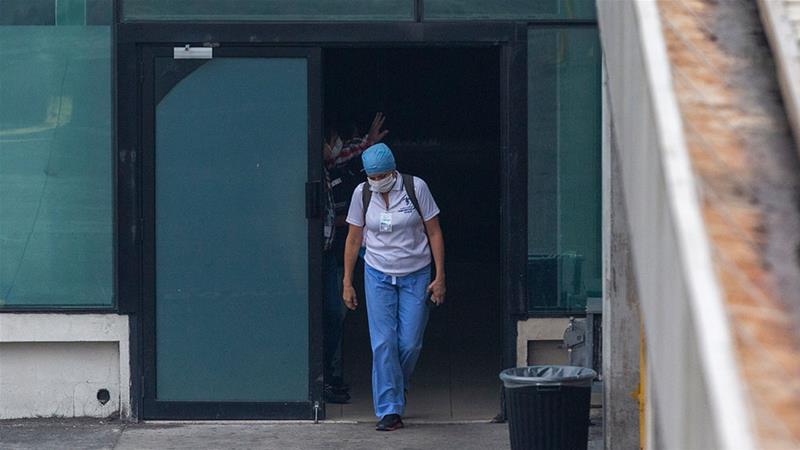 Two deputy health ministers in Guatemala were fired this week amid revelations of an alleged corruption ring inside the ministry.

Eight health officials conspired to defraud state funds during the coronavirus pandemic, according to the presidential commission against corruption. The commission filed its findings Monday with the Special Anti-Corruption Prosecutor’s Bureau. It was unclear whether Galdamez and Marroquin were among the eight investigated by the commission. No officials were named.

Neither Marroquin nor Galdamez immediately commented on their removal.

A spokesperson for the Ministry of Health told Al Jazeera that because the issue is under criminal investigation, no further details can be confirmed.

The names of the alleged perpetrators were not released, but presidential anti-corruption commissioner Oscar Davila noted the group of eight included officials removed from office.

“A structure was identified inside the Ministry of Public Health that tried to join forces to commit fraud against the interests of the state in these times when funds must be strictly monitored,” Guatemalan President Alejandro Giammattei said Monday.

Guatemala has confirmed 294 cases of the novel coronavirus, including 50 cases of Guatemalans deported by the United States. Seven people have died.

The country confirmed its first coronavirus case on March 13. Less than a week later, the ring of top-level health officials allegedly engaged in criminal activity related to the adjudication of two public contracts for medication purchases. 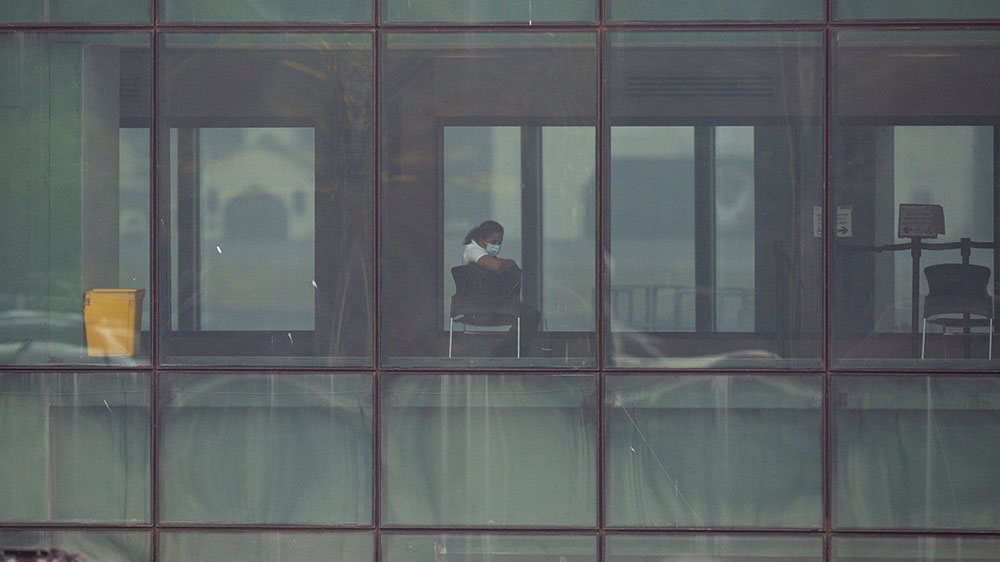 “These events began on March 18 of this year,” Davila told reporters Monday at the prosecutor’s office, adding that the commission began investigating the following day.

The presidential commission against corruption was established by Giammattei shortly after he took office in January, four months after his predecessor shut down a prominent United Nations-backed international anti-impunity commission.

“For us, it is very important to have a presidential commission that focuses on these issues,” presidential spokesman Carlos Sandoval told Al Jazeera.

“It permits us to maintain a transparent and especially honest endeavour in these times, when the population needs officials who properly utilise the resources of Guatemalans,” he said.

The report, published on Saturday by Plaza Publica, an online Guatemalan publication, revealed that Galdamez benefitted from public contracts while in office, which is prohibited by law.

Guatemala’s Human Rights Ombudsman, Jordan Rodas, formally requested the removal of Health Minister Hugo Monroy from office. By law, the ombudsman may request the suspension or removal of officials in some circumstances.

“Over the course of the COVID-19 crisis, the poor management of the portfolio has become evident,” Rodas told Al Jazeera.

The new allegations of corruption are just one factor, he said. There has been a slow pace in the decentralisation of coronavirus testing, and “a lack of agility in the administrative processes to provide medical and paramedic personnel with optimum equipment,” said Rodas.

“We need new professionals at the helm of the ministry in the midst of a crisis,” he said.

Edie Cux, a lawyer and president of Accion Ciudadana, an anti-corruption citizen action group, said “what is truly concerning is how the Ministry of Health is managing the crisis.”

Cux told Al Jazeera that “more than whether or not an official is ousted, what is worrisome is the top-down way things are being managed.”

Information and crisis management is top-down and centralised in the president and health minister, and there is little evidence of teamwork or collaboration across government agencies, said Cux.

“The president might be very capable and all, but he is not Superman,” he said.

“There need to be teams of experts and officials who can adequately address the crisis,” said Cuz. “And in that vein arises the issue of what kinds of appointments the health minister has been making.”