Phil Mummert was surfing at Bunker Bay in Western Australia when he encountered the 13-foot great white shark. His girlfriend wrote online that he was lucky to escape with his life and is “doing okay” after surgery. He was helped out of the water by other surfers and flown to hospital.

Partner Mish Wright said: “I honestly don’t know how a person can see a total stranger getting attacked by a 4m great white shark and swim towards him to save him, so we are beyond grateful to everyone that helped save Phil’s life.

“So lucky that Phil got away with his life and limbs and beyond lucky that we live in such a kind and caring community.

“So thankful for everyone who carried him to shore and for the ones that held his leg together for half an hour while waiting for the ambulance.” 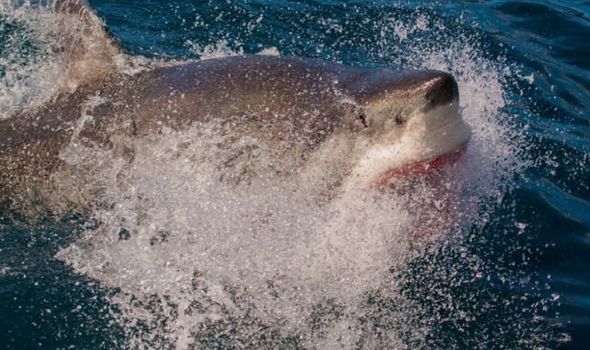 Fellow surfer Paul Burke also praised the actions of those on the scene.

He told ABC News: “That takes a lot of guts to paddle straight into action.”

One witness to the attack told 9News: “He was just sitting on his board and next thing you know we just kinda heard someone go ‘shark’ and I turned around and just seen this white kind of breach and it had already smashed, hit Phil.

“It just obliterated his board, it was just floating there like icicles.

After he threw him on the board, another surfer joined him shouting at others to help group up and scare the shark away.

The Western Australian government said drone surveillance had confirmed the presence of schooling salmon and a seal colony in the area.

Those conditions increase the likelihood of encountering a shark in the area. 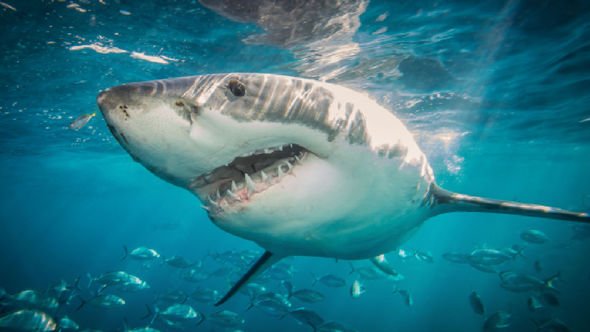 It is not the first shark attack to take place in Australian waters, with five fatal encounters happening already this year.

In January, Gary Johnson, 57, was killed by a shark near Cull Island, close to West Beach in Esperance, also in Western Australia.

Mr Johnson was an experienced scuba diver and believed if he ever was attacked he would be “unlucky”, his wife said at the time.

In April a 23-year-old Queensland ranger was killed in an attack on the Great Barrier Reef.

A 60-year-old man died in June after being mauled a 3m great white shark while surfing in northern New South Wales. 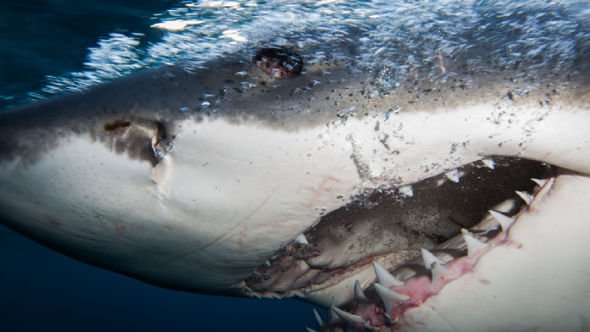 In July a 36-year-old man died after being attacked by a shark north of Brisbane.

No deaths were recorded last year.

Last month, a 10-year-old boy was ripped from a fishing boat offshore from Stanley in Tasmania, but only suffered cuts.

The family were fishing when he was grabbed and mauled by the creature before his dad jumped into the water to save him. His father and two other men managed to scare the shark away.