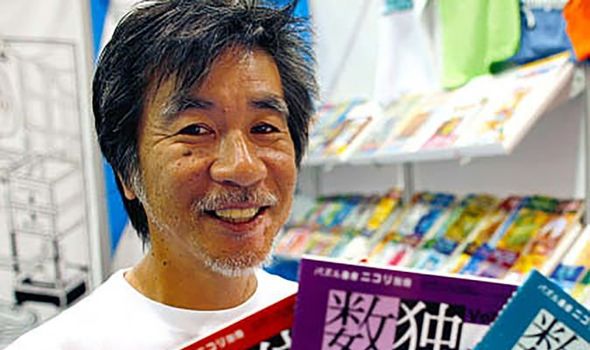 The Japanese university dropout gave the puzzle its name and published it in his quiz magazine Nikoli in the 1980s. More than 100 million puzzlers are now hooked on the game in which players line up numbers 1 to 9 in a 9-by-9 grid.

Maki, whose loss will be mourned by many of them, never profited from it because he failed to trademark the design.

He once said: “I get really moved when I see a new idea for a puzzle which has lots of potential. It is like finding treasure. It’s not about whether it will make money, it is purely the excitement of trying to solve it.”

The idea is said to date back to 8th century India and China, but revived by 18th century Swiss mathematician Leonhard Euler.

Maki based his game on Number Place, a 1970s teaser credited to American architect Howard Garns.

He said: “The name, Number Place, did not hit me. I wanted to create a Japanese name.”

So he shortened the phrase “Suuji wa dokushin ni kagiru,” meaning “Numbers should be single”.

After taking off in Japan, it went worldwide when The Times published it in 2004.