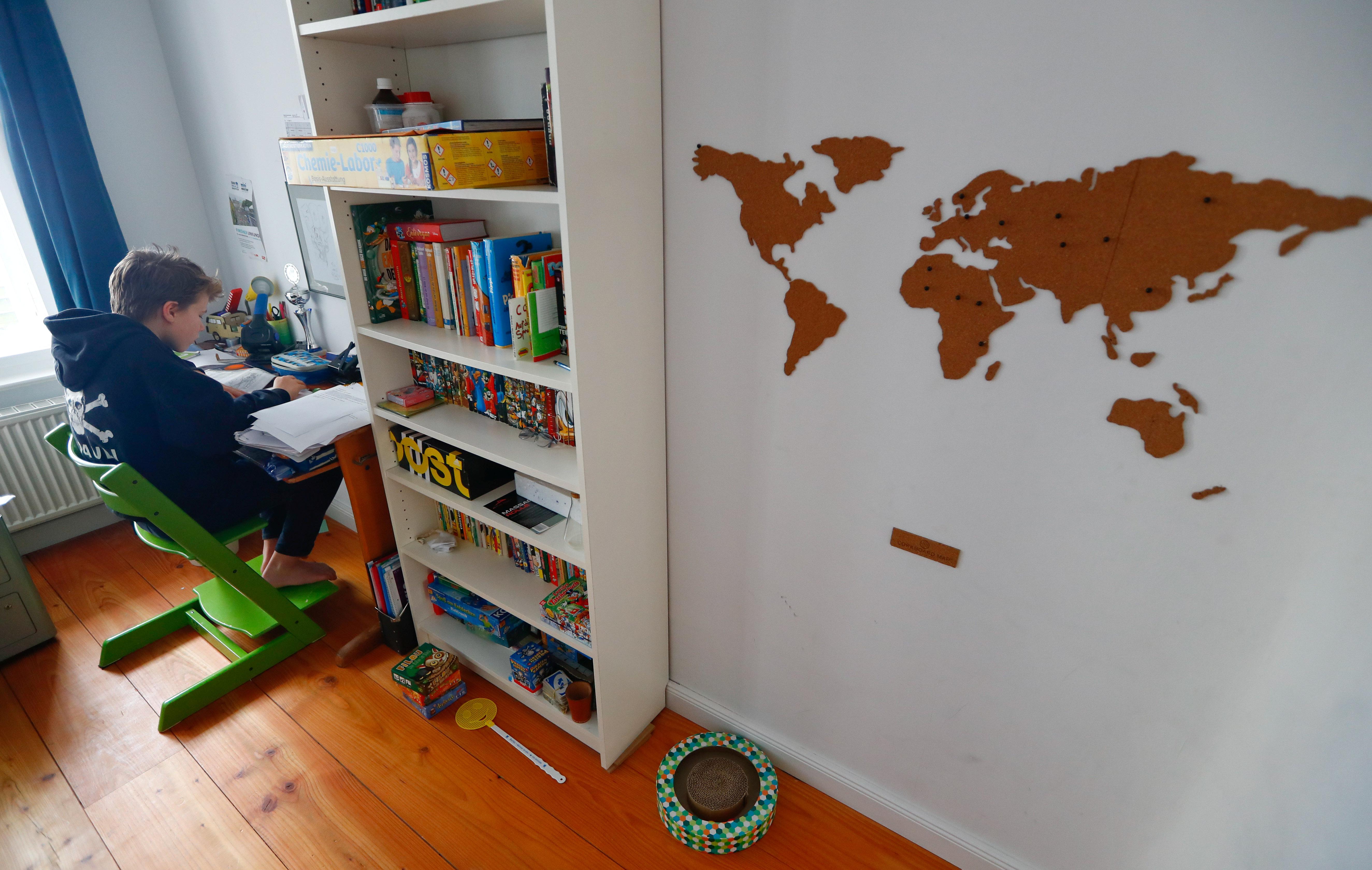 BERLIN (Reuters) – Girls have studied harder and spent longer on creative projects than boys during Germany’s coronavirus pandemic, but both have frayed their parents’ nerves more than they did before schools closed in March, a survey found.

Average time that children have spent on schoolwork has fallen to 3.6 hours a day since then, from 7.4 hours normally, according to the Ifo institute survey of 1,099 parents conducted in June and published on Wednesday.

With schools due to start reopening again fully in the coming weeks, the survey found 64% of parents believed their children had learnt a lot less during the pandemic.

Meanwhile, time they spend watching television, playing computer games or using phones has risen to 5.2 hours a day from four.

Girls have used consoles and phones an hour less a day than boys, but spent half an hour more on their studies, 20 minutes more on reading and creative pastimes and 15 minutes more on social media.

Parents doubled the time they spent helping their children with schoolwork to one hour a day, the survey found, with many having more arguments than before.

“The results show how important it is that we return to normal school lessons while respecting protective measures,” said Ludger Woessmann, head of the Ifo centre for the economics of education.

Children will have to wear masks at least some of the time and adhere to social distancing.

Germany has had relatively few COVID-19 deaths, thanks in part to widespread testing and a well-equipped healthcare system. But daily cases have ticked up in recent weeks, with health experts citing laxer adherence to hygiene and distancing rules.