Six police officers have been charged after bodycam footage showed two students screaming as they were pulled from a car during protests in Atlanta over the death of George Floyd.

Ivory Streeter and Mark Gardner were sacked after the video captured them dragging Messiah Young and Taniyah Pilgrim from their vehicle in Downtown Atlanta on Saturday night.

They have now been charged with aggravated assault, along with two of their colleagues, who have not been named.

Another unnamed officer has been accused of aggravated battery, and others in the group have been charged with criminal damage to property and pointing or aiming a gun, Fulton Country District Attorney Paul Howard said. 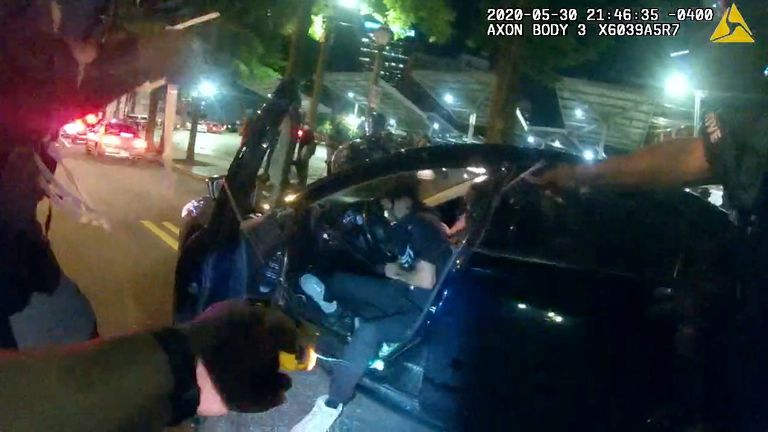 Driver Mr Young said he and his girlfriend were attacked while they waited in traffic on 30 May.

He said at a news conference: “I feel a little safer now that these monsters are off the street and no longer able to terrorise anyone else.”

The bodycam footage shows his car being surrounded by more than a dozen officers, before one forces the driver’s door open and another smashes the window on the passenger’s side.

The couple scream in horror, with Mr Young heard shouting “I’m not dying today” as he urges the officers to let him go.

One officer uses a stun gun on Miss Pilgrim, before her boyfriend is tasered and taken away in handcuffs.

She told CBS46 on Monday that the incident was “the worst of her life” and “truly traumatising”.

She added: “I’m so happy that they’re being held accountable for their actions.” 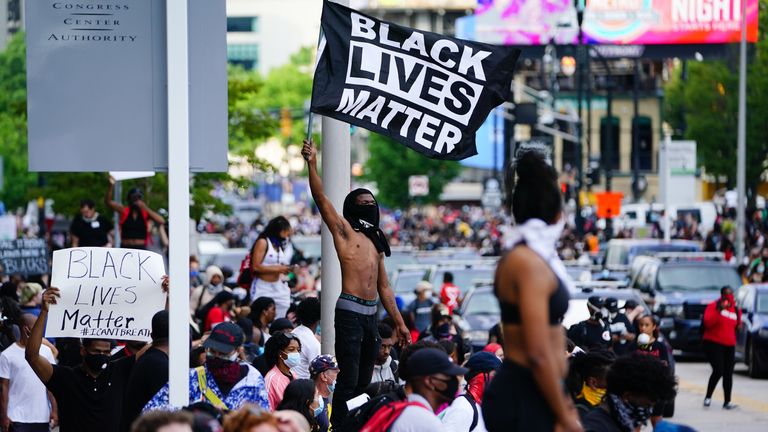 The college student was released without charge, while her boyfriend was charged with attempting to elude police and driving with a suspended licence, but he was later released.

Atlanta Mayor Keisha Lance Bottoms is calling for both charges to be dropped.