If you buy a product — a car, a smartphone, or even a tractor — and it breaks, should it be easier for you to fix it yourself?

Manufacturers of a wide range of products have made it increasingly difficult over the years to repair things, for instance by limiting availability of parts or by putting prohibitions on who gets to tinker with them. It affects not only game consoles or farm equipment, but cellphones, military gear, refrigerators, automobiles and even hospital ventilators, the lifesaving devices that have proven crucial this year in fighting the Covid-19 pandemic.

Now, a movement known as “right to repair” is starting to make progress in pushing for laws that prohibit restrictions like these.

This August, Democrats introduced a bill in Congress to block manufacturers’ limits on medical devices, spurred by the pandemic. In Europe, the European Commission announced plans in March for new right-to-repair rules that would cover phones, tablets, and laptops by 2021.

In less than two weeks, Massachusetts voters will consider a measure that would make it easier for local garages to work on cars. And in more than 20 statehouses nationwide, right-to-repair legislation has been introduced in recent years by both Republicans and Democrats.

Over the summer, the House advanced a funding bill that includes a requirement that the FTC complete a report on anticompetitive practices in the repair market and present its findings to Congress and the public. And in a letter to the Federal Trade Commission, Marine Captain Elle Ekman and former Marine Lucas Kunce last year detailed how mechanics in the American armed forces have run into similar obstacles.

The goal of right-to-repair rules, advocates say, is to require companies to make their parts, tools and information available to consumers and repair shops in order to keep devices from ending up in the scrap heap. They argue that the rules restrict people’s use of devices that they own and encourage a throwaway culture by making repairs too difficult.

They also argue that it’s part of a culture of planned obsolescence — the idea that products are designed to be short-lived in order to encourage people to buy more stuff. That contributes to wasted natural resources and energy use at a time when climate change requires movement in the opposite direction to rein in planet-warming emissions.

Manufacturing a new device or appliance is still largely reliant on polluting sources of energy — electricity generated from burning fossil fuels, for instance — and constitutes the largest environmental impact for most products. Mining and manufacturing materials for the newest iPhone, for example, represents roughly 83 percent of its contribution to the heat-trapping emissions in the atmosphere throughout its life cycle, according to Apple’s manufacturing data. For a washing machine, it’s about 57 percent.

Add to that complex calculus the emissions from assembling the materials into a product, and then shipping it around the world.

“There are a lot of products that are not designed to last,” said Gay Gordon-Byrne, the executive director of the Repair Association, a group focused on right-to-repair legislation. “But if you have enough options for repair, you can keep even the worst product going, if you can fix it.” 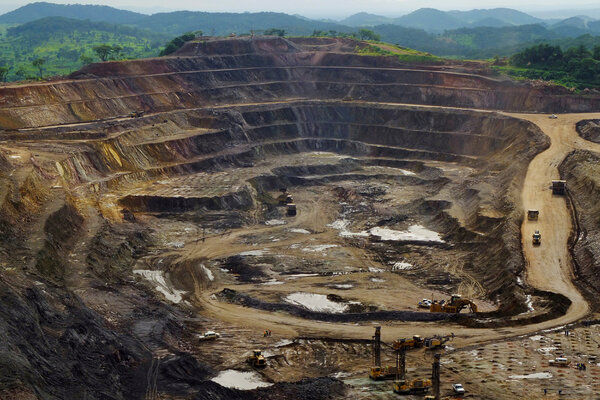 Manufacturers argue that their products are repairable, and that they are protecting consumers’ safety, privacy and security by restricting who does the repairs. Apple, for instance, limits consumers from repairing their devices by requiring specific tools or authorized parts.

“When a repair is needed, a customer should have confidence the repair is done right,” Jeff Williams, Apple’s chief operating officer, said in a release last year. “We believe the safest and most reliable repair is one handled by a trained technician using genuine parts that have been properly engineered and rigorously tested.”

An Apple spokeswoman this week pointed to the company’s efforts to expand its product repair programs: Last fall, the tech giant announced it will give independent repair businesses the same genuine parts, tools, and diagnostics for iPhone repairs as it gives to Apple-authorized service providers.

Other companies argue that the computer code that drives the device remains the property of the manufacturer, not the consumer, which further limits the potential for third-party repair. Tractor manufacturer John Deere is one example, using license agreements with farmers that forbid them from even looking at the software running the tractor. Violating it could be considered breach of contract, which comes with the risk of a lawsuit.

Jen Hartmann, John Deere’s director of strategic public relations, said the company has “made an industry commitment along with several ag equipment manufacturers to provide a comprehensive tool kit of service tools available to help end users perform service and maintenance on their machinery.”

For Leticia Reynolds earlier this year, it was a safety issue of a different sort. As a medical equipment technician at Memorial Hospital in Colorado Springs, she was eager to get ventilators in service. The country faced a nationwide shortage of the lifesaving machines, which help desperately ill patients breathe.

But there were some that Ms. Reynolds couldn’t fix herself, because the manufacturer wouldn’t let her. Some ventilator makers are among those companies imposing rules prohibiting anyone but their own technicians from obtaining the tools, parts, and instructions to make repairs.

“We’re 100-percent solely depending on the manufacturer,” she said, even for routine maintenance. But that can delay repairs, which can mean “equipment isn’t available for a patient that needs it.”

Over the past year or so, as much of the world was cooped up due to stay-at-home restrictions, sales of Nintendo’s Switch console have increased sharply. But players have been struggling with a problem that has plagued its detachable wireless controllers, called Joy-Cons, for years: Sometimes it thinks players are moving the controller, even if they aren’t.

That led to a class-action lawsuit claiming, among other things, that the company “routinely refuses to repair the joysticks without charge.” The case is now in arbitration, and since then, the company has begun fixing Joy-Con issues at no charge.

Nintendo did not respond to a request for comment.

While these burdens on repair can make some gadgets seem unusable and, consequently, disposable, some argue that new repair mandates wouldn’t have a measurable effect on how often people replace their products.

“Common consumer devices such as laptops and smartphones are already widely reused and recycled without any type of new repair mandate,” said Walter Alcorn, vice president of environmental affairs at the Consumer Technology Association, an industry trade group that represents thousands of technology companies including Apple, Dell, and Microsoft.

The idea of planned obsolescence isn’t new. It was written about in 1928 by Justus George Frederick, an American advertising expert who suggested that people would have to buy an ever-increasing variety of things, then discard them and purchase new things, in order to help keep a consumer economy steaming along.

Since at least the early 1960s, critics have complained that planned obsolescence wastes people’s money, uses valuable resources and chokes landfills. Today, for example, there are more than 70 different elements in a modern smartphone — nearly two-thirds of the periodic table in the palm of your hand.

Research suggests that consumer devices may be more short-lived than in the past. According to a study by a German sustainability research group, Öko-Institut, the proportion of major household appliances that died within five years rose from 3.5 percent in 2004 to 8.3 percent in 2012. Though the analysis is now several years old, it found the trend in a wide spectrum of products, including TV sets and large electrical appliances as well as mobile phones.

Extending the life of a product even relatively briefly can have significant benefits, according to Nathan Proctor, who leads the right-to-repair campaign at the U.S. Public Interest Research Group, a consumer advocacy group. If Americans would extend the life of their cellphones by one year, for instance, it would be the climate-saving equivalent of taking 636,000 cars off the road, or about the amount of passenger vehicles registered in the state of New Mexico.

Right to repair advocates like Ms. Gordon-Byrne and Mr. Proctor highlight recent strides in the automotive industry. In next month’s election, Massachusetts will have a question on the ballot designed to ensure that drivers will continue to be able to have local repair shops — not just authorized dealers — work on their cars as they become more automated and manufacturers control access to that data.

That measure is designed to build on a 2012 bill in the state that required carmakers to provide independent repair shops with access to the diagnostic tools that had been available only to dealerships.

The new measure, known as Question 1 on the ballot, has met resistance.

“If Question 1 passes in Massachusetts, anyone could access the most personal data stored in your vehicle,” says the narrator in one advertisement. The campaign against the measure talks about the risks of hacking, identity theft and cyberstalking as part of a multimillion-dollar advertising spend by a group called Coalition for Safe and Secure Data, a manufacturer-backed organization that is fighting the question in November.

Conor Yunits, a spokesman for the coalition, said it sees the new measure as unnecessary: “Massachusetts is already the only state that has a right to repair law on the books. The technology they care about — telematics — is already covered by the existing law. In our view, this is an attempt by national auto parts chains to get access to more consumer data.”

Manufacturers have considerable influence over the standards to which their products are made, said Mark Schaffer, a consultant on the life cycle of electronics. According to a 2017 report that he wrote, that’s because major manufacturers sit on the panels that set guidelines for things like environmental impact. As a result, he said, tougher standards can be difficult to achieve.

“As a whole, the industry needs to raise the floor on repairability,” Mr. Schaffer said. “That’s probably not going to happen until there is a legal requirement at a state or at a national level.”