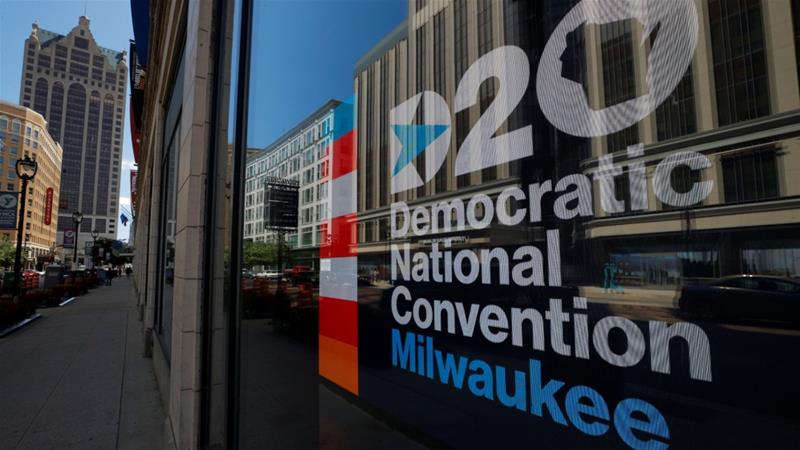 The Democratic Party convenes on Monday night amid the coronavirus pandemic in a virtual, made-for-television event designed to appeal to the broad centre of American politics.

Originally intended to take place in Milwaukee, the largest city in key swing state Wisconsin, the convention is being broadcast by satellite to delegates across the United States. Programming, much of it pre-taped, starts at 9pm EST (01:00 GMT) Monday through Thursday.

Here are five things to watch for on Monday as the convention begins: 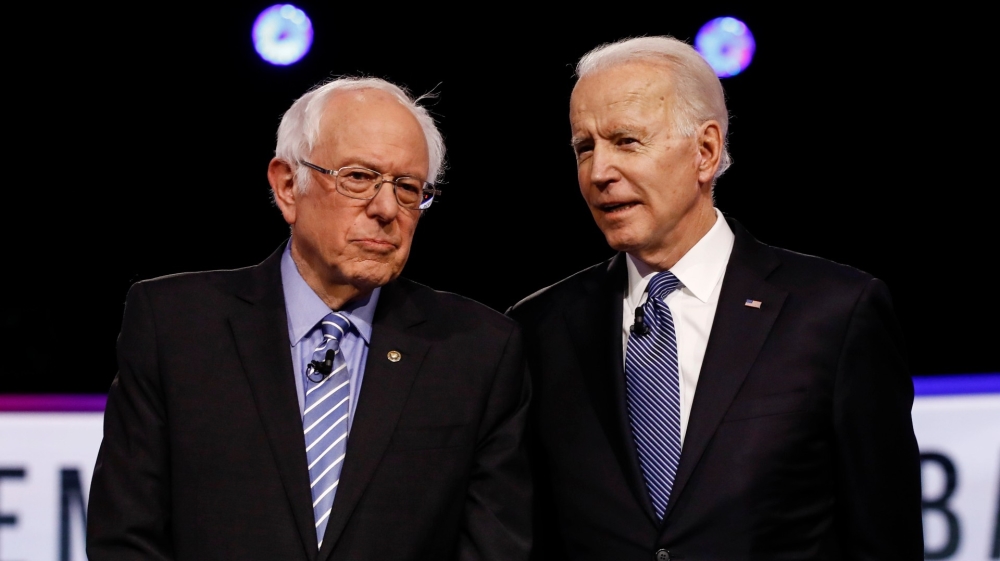 Sanders will strike an unqualified note of support for Biden, an establishment figure, after losing insurgent campaigns for the Democratic presidential nomination twice – first to Hillary Clinton in 2016 and now to Biden.

The key question is whether progressive voters, disappointed by Biden’s refusal to embrace Sanders’ push for universal healthcare, will heed his call. The odds are most will, but the fault line between the left and establishment wings of the Democratic Party remains.

Four years ago, when Sanders was at the microphone to nominate Clinton on the convention floor in Philadelphia, the bitterness between their two camps was apparent, and it wounded Clinton against Trump.

But Trump now is not just a hypothetical president as he was in 2016. He is the president, and Sanders, and Biden, have made clear that they see Trump’s potential re-election in 2020 as an existential threat to the United States.

Sanders and Biden are personally more friendly to each other than Clinton and Sanders were, and Biden’s team reached out to Sanders’ people in an organised way to develop the Democratic platform, giving progressives a greater voice in developing policy proposals.

Sanders can take credit for doing more than any other Democratic presidential contender, other than Biden, in shaping the Democratic Party today. But he will have to balance his own ideological fervour with his personal affinity for the party’s nominee and their shared mission to defeat Trump.

Obama. Her, not him 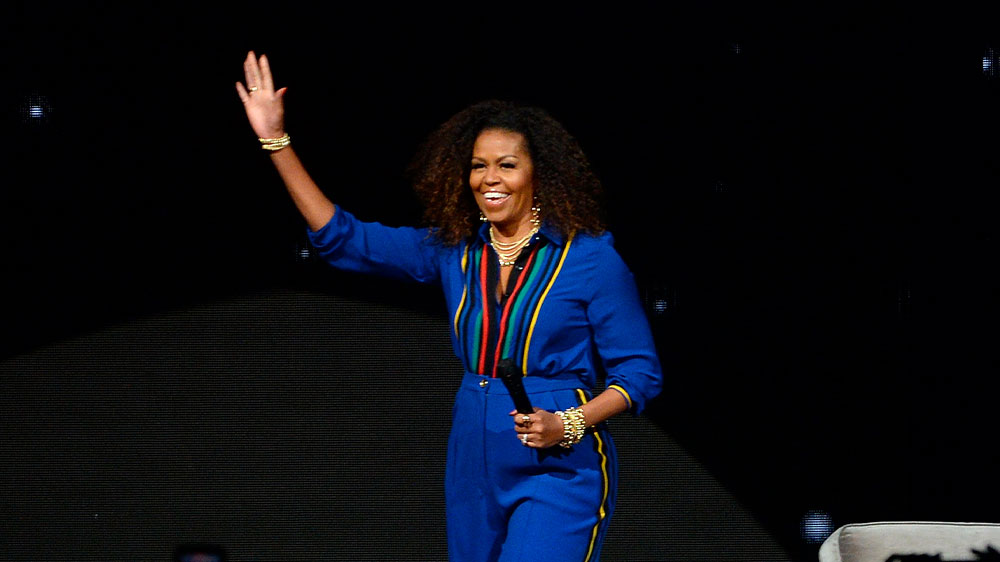 Michelle Obama will give the headline speech of the evening. She is perhaps the most popular figure in Democratic politics today.

The former first lady is uniquely positioned to talk about the Democratic ticket, including Senator Kamala Harris. She knows Biden and his wife, Jill, as genuine friends from Biden’s eight years as vice president under her husband as well as overlapping time together in the US Senate.

The Obamas also know Harris well, and Michelle Obama almost certainly will speak in personal terms about what it means to see a woman of colour nominated for national office. 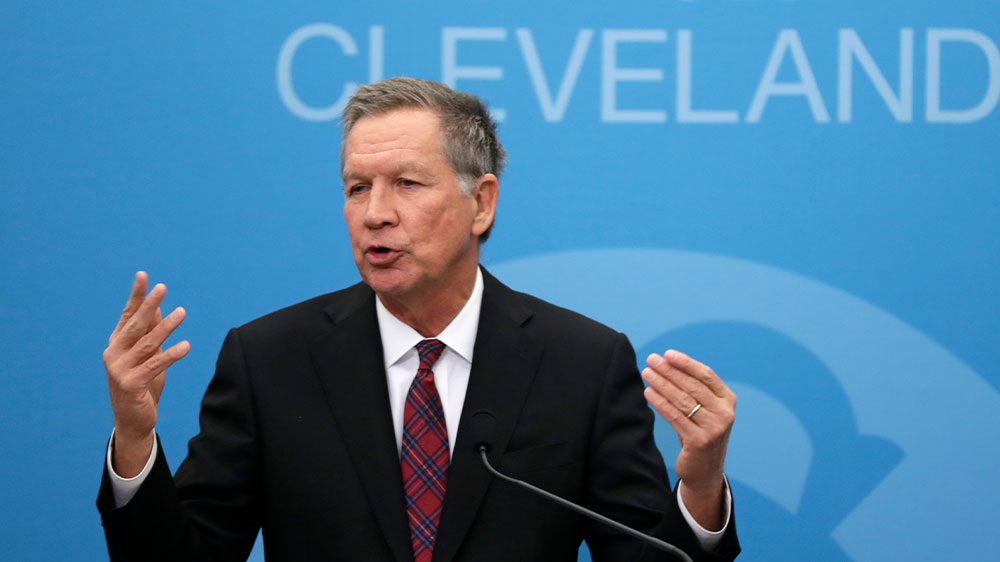 Former Ohio Governor John Kasich, who failed to win the Republican nomination in 2016, will make a pitch to Republicans who are turned off by Trump to vote for Biden.

Kasich is a conservative who led a bipartisan effort in Congress to balance the budget in 1996 under President Bill Clinton. He battled with labour unions as governor of Ohio.

Outside the cadre of officeholders in Congress who continue to support Trump, an increasing number of critical Republican voices are advocating for his defeat. Former New Jersey Governor Christine Todd Whitman, Quibi CEO Meg Whitman and former Representative Susan Molinari, all Republicans, are also expected to make appearances, the DNC announced.

Republican voters will be crucial in winning states like Ohio, Florida and North Carolina that Biden’s camp hopes to win in November. 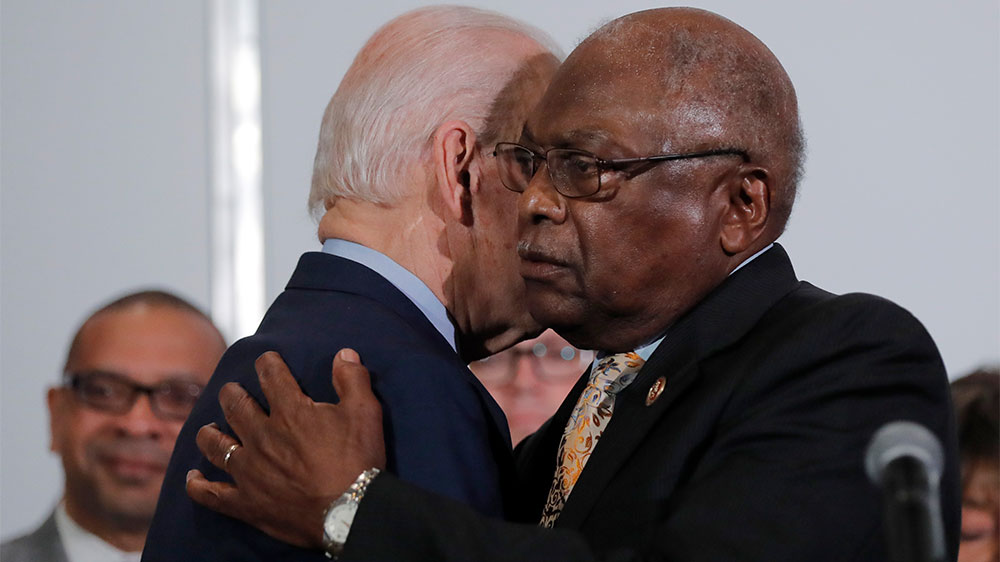 US Representative Jim Clyburn, of South Carolina in Congress, emerged as a power player in Democratic politics this year by delivering Black voters for Biden, resurrecting Biden’s struggling presidential candidacy from earlier losses in Iowa and New Hampshire.

The Black vote was critical in delivering Biden’s win in South Carolina and will be critical again in the general election in November.

Clyburn will be joined by Representatives Bennie Thompson of Mississippi, and Gwen Moore of Wisconsin. They will speak to the demands for justice and police reform that Black people have been fighting for in the protests that have swept the US. 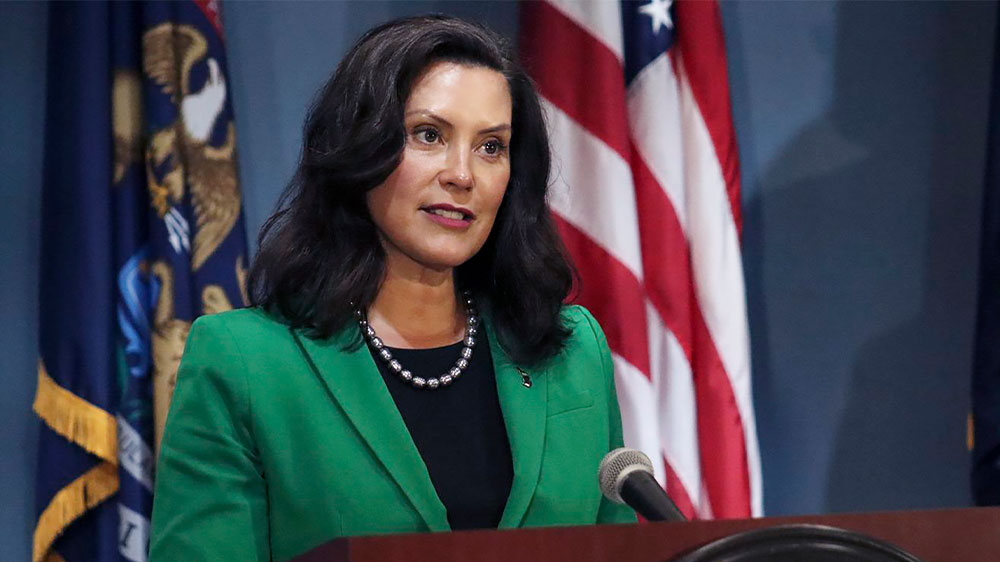 A first-term governor, Whitmer was on Biden’s shortlist to be his vice-presidential running mate, and met with him privately in Delaware, but he chose California Senator Kamala Harris instead.

Whitmer moved strongly to suppress the virus in Michigan, incurring protests at the state Capitol from armed, right-wing groups. She reacted swiftly to address racism and inequality after the protests following the death of George Floyd.

New York was hit hard early by the virus, and Governor Cuomo’s daily briefings became a national source of up-to-date information for Americans as Trump side-lined public health experts and downplayed the risks of COVID-19. At the Democratic convention in 2016, Cuomo warned the “soul of America” was at stake.