Mistake was made in a declaration by an FBI official in response to lawsuit by families of 9/11 victims, report says. 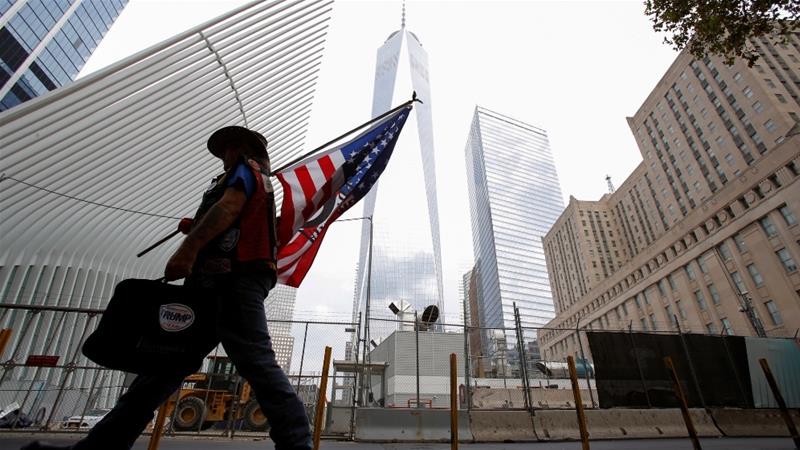 The Federal Bureau of Investigation (FBI) has accidentally disclosed the name of a Saudi diplomat suspected of directing support to two al-Qaeda hijackers in the September 11, 2001 attacks on the United States, Yahoo News reported.

The mistake about the identity of the Saudi embassy official was made in a declaration by an FBI official in response to a lawsuit by families of 9/11 victims who accuse Saudi Arabia’s government of involvement in the attacks, the report said on Tuesday.

Michael Isikoff, the chief investigative journalist at Yahoo News who was the first to notice the apparent mistake, told Al Jazeera he knew right away the disclosure was “a slip-up”.

“When I noticed that the declaration included this information, I contacted the FBI for comment. Because I knew that the justice department and the Trump administration had been going to extraordinary length to keep all of this under wraps,” he said.

“In fact, both Attorney General William Barr and the Acting Director of the National Intelligence Richard Grennell had filed motions with the court saying that any information relating to the Saudi embassy official and all internal FBI documents about this matter were so sensitive; they were state secrets, that means if revealed they could cause damage to the national security.”

The declaration by Jill Sanborn, the assistant director of the FBI’s counterterrorism division, was filed in April but unsealed late last week, according to Yahoo News.

Mussaed Ahmed al-Jarrah was mistakenly named in the declaration, an error that Yahoo News said was also confirmed by a senior US government official.

Al-Jarrah was a mid-level Saudi foreign ministry official who was assigned to the Saudi embassy in Washington, DC in 1999 and 2000.

He was in charge of supervising the activities of Ministry of Islamic Affairs employees at Saudi-funded mosques and Islamic centres in the US, according to the report.

In a portion of the filing describing the material sought by lawyers for the families of 9/11 victims, Sanborn refers to a partially declassified 2012 FBI report about an investigation into possible links between the al-Qaeda hijackers and Saudi government officials, Yahoo News said. That probe initially focused on two individuals, Fahad al-Thumairy, a cleric, and Omar al-Bayoumi, a suspected Saudi agent.

A redacted copy of a three-and-a-half page October 2012 FBI “update” about the investigation said that FBI agents had uncovered “evidence” that al-Thumairy and al-Bayoumi had been “tasked” to assist two hijackers by another person whose name was blacked out. This prompted the lawyers for the families of the 9/11 victims to refer to this individual as “the third man”.

Describing the request by the lawyers to depose that person under oath, Sanborn’s declaration said in one instance that it involved “any and all records referring to or relating to Jarrah”, according to Yahoo News.

This represented the first public confirmation that the so-called “third man” was an accredited Saudi diplomat. But all of the FBI evidence the agents had gathered about al-Jarrah and his communications about the two attackers remain under seal, the report said.

It is unclear how strong the evidence is against al-Jarrah, whose whereabouts remain unknown. But the disclosure appears likely to revive questions about Saudi Arabia’s potential links to the 9/11 plot and highlights the extraordinary efforts by US government officials to prevent internal documents about the issue from becoming public, Yahoo News said.

“This shows there is a complete government cover-up of the Saudi involvement,” Brett Eagleson, a spokesman for the families, told the news outlet. “This is a giant screw-up.”

Yahoo News said it contacted the Department of Justice on Monday, but officials notified the court and withdrew the FBI’s declaration from the public docket.

“The document was incorrectly filed in this case,” the docket now reads, said the report.

Fifteen of the 19 hijackers involved in the 9/11 attacks, which killed nearly 3,000 people, were Saudi citizens.

The Saudi government has repeatedly denied any involvement in the attacks in which al-Qaeda-affiliated men hijacked and crashed planes into New York’s World Trade Center, destroying the towering buildings and sending plumes of debris shooting through the most populous US city.

A third aircraft struck the Pentagon just outside of Washington, DC, and a fourth plane crashed in a field in Shanksville, Pennsylvania. 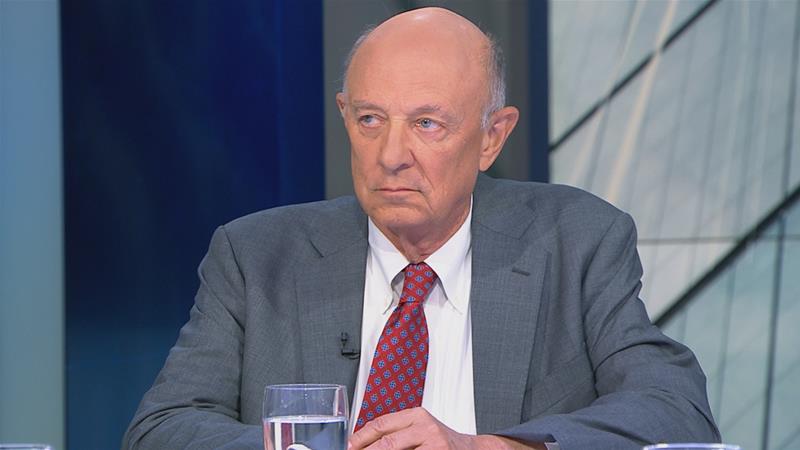