The sister of one of 40 men missing at sea near Japan has begged authorities to resume their search, saying she believes her brother is alive eight days after his cargo ship capsized in a typhoon.

William Mainprize, a 27-year-old Australian, was a senior stockman on board the football field-sized ship along with 42 others and 6,000 cattle when it is believed to have sunk off the coast of Amami Oshima island in southwestern Japan. 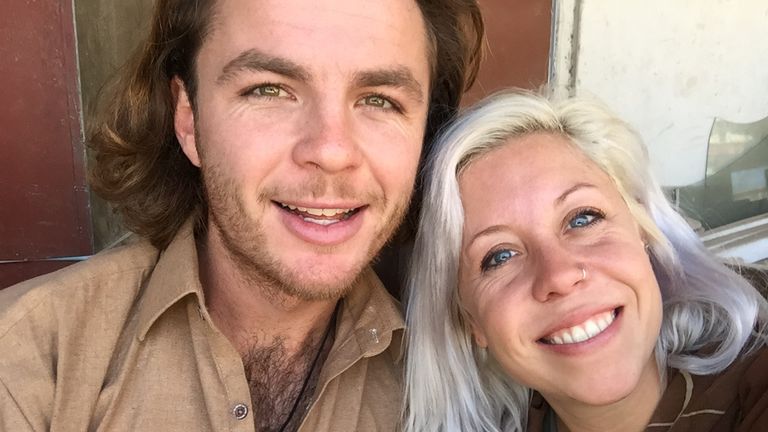 “For him to not be contributing to the world, to stop having his mark on it would be a serious tragedy, so we are just really hoping that won’t be the case and we are going to do everything we can to get the search and rescue back up,” she said.

Two survivors and one body have been found since the Gulf Livestock 1 ship capsized in 125mph winds. Having found no-one since last Friday, the Japanese coastguard stopped its search on Wednesday.

Sky News has seen Mr Mainprize’s last WhatsApp messages sent to his family, in which he sought to ease their concern about the approaching typhoon.

The last message was a response to his sister Sarah asking him to tell them when he “got through it,” saying “it’s scaring me”.

“Should be fine! We’re a big boat,” he added, before sending a message with the emoji of a wave and boat. 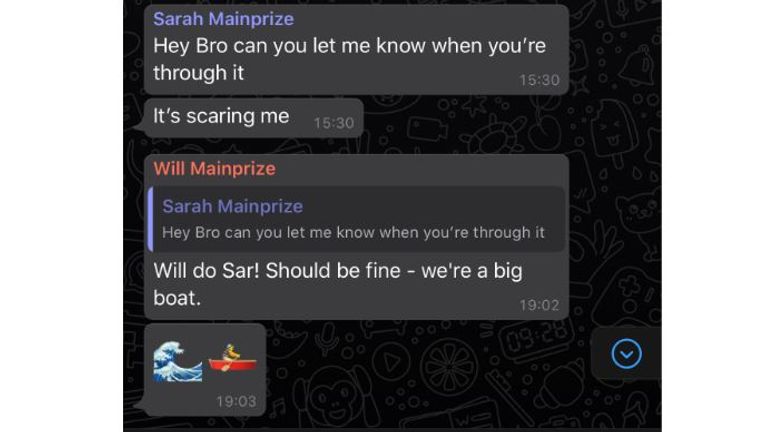 Ms Hastings said the family WhatsApp group is very active so they “got really scared” when he went offline.

“He had also messaged friends saying that the boat was floating sideways and taking in water and that he was really frightened,” she said.

It’s believed that around this time, the typhoon swept over the ship, which put out a distress call. The rescued crewmen said the engine cut out and a huge wave hit, causing the vessel to capsize and sink.

Given the two survivors said they were the last names to be called to the control room after the distress call, Ms Hastings said she has “reason to believe that with life boats and the time Will had to prepare, that he and many others really could still be out there”.

“The survivors shared that they had life jackets on, and this was after the distress call, so they would’ve been ready to use life boats at that stage.”

She added that Mr Mainprize was a “survivalist,” who was on the ship to look after the cattle but in his usual job led rescues and adventure trips in the Australian outback.

“If he is out there he would be caring for the safety of others,” she said. 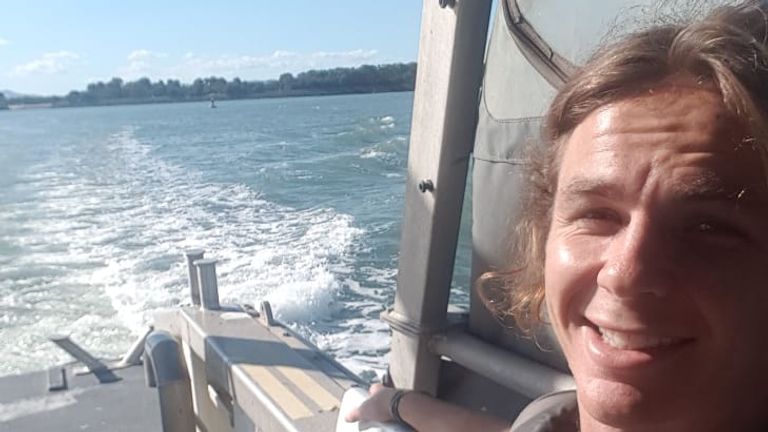 “He is just so kind and compassionate. This beautiful, young 27-year-old man. I’m 18 months older than him and we were like twins growing up. If you spend time with him you feel like a better person.”

A petition calling for the search to resume, which was started by the family of a 25-year-old New Zealand man who is also missing, has gained more than 8,000 signatures.

Ms Hastings said this support is “really sustaining” but that her family’s focus was to make the authorities act.

“All the support is really sustaining at the moment,” she said. “Our true goal is to cause action for the search and rescue. There are resources available to add to this. We’re just hoping that this causes action.

“We know the search was suspended due to weather but as far as I’m aware it’s calm again so we would hope that the Japanese coastguard start their search back up.”

“This is a time sensitive issue and there are things that can and must be done. There is nothing to suggest they’re not still out there.”

Rescuers found an empty overturned orange lifeboat floating at sea, with no sign as to whether anyone had been on board, as well as a life jacket and cattle carcasses near where ship is believed to have sunk.